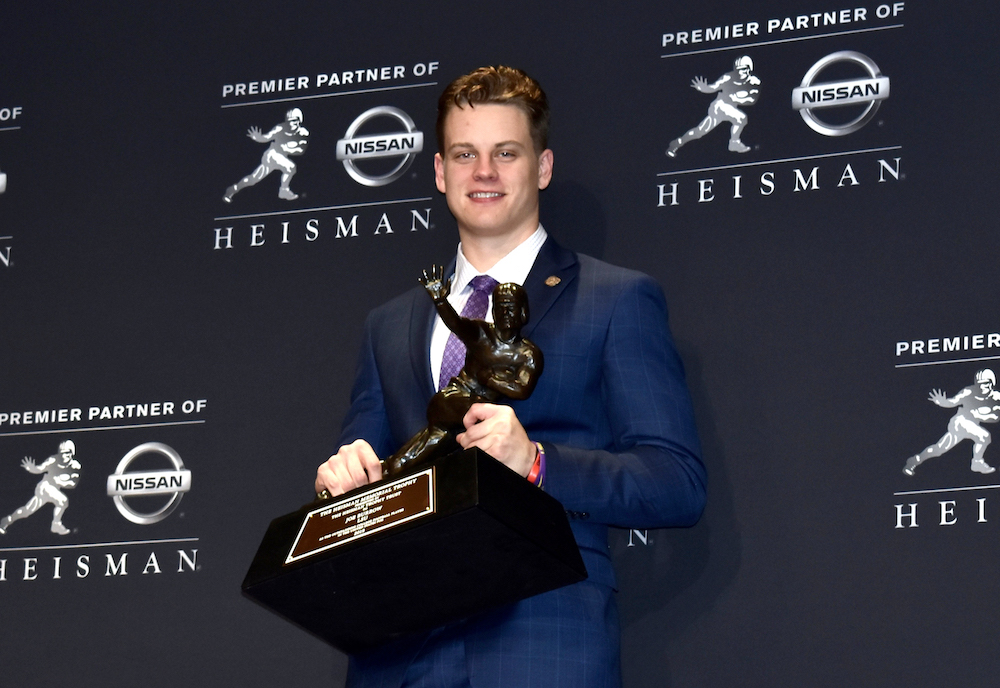 Burrow Era is set to begin in the Queen City!!

With little to no hesitation, Cincinnati selected the 23-year old gun-slinger with the No. 1 overall pick in the 2020 NFL Draft. The Ohio native, from Athens, a mere 156 miles from Cincy, led LSU to a 15-0 record and the SEC and National championships last season while winning the Heisman Trophy, Maxwell Award, Walter Camp Award, Johnny Unitas Golden Arm Award, Davey O’Brien Award, and Manning Award.

Burrow’s stats from the perfect season are truly astonishing! The 6-foot-4 QB tallied 5,671 passing yards and 60 touchdowns to just six interceptions while having a completion percentage north of 76%. Burrow added five more touchdowns on the ground. Those stats are especially impressive when you consider the tough competition Burrow and the Tigers went up against.

However, there are still some things left to be worked out. Will the Bengals trade Andy Dalton and his relatively large salary or do they want to keep him on the roster to mentor Burrow? Will Burrow be the starter from day one? Time will tell, but it’s safe to say it is Joe Burrow time in Cincinnati!!!

BSN will recap each of the Bengals pics in the draft as the 2nd year of the Zac Taylor Era takes shape.