Zeke Lewis Will Return to Kentucky for 2021 Season 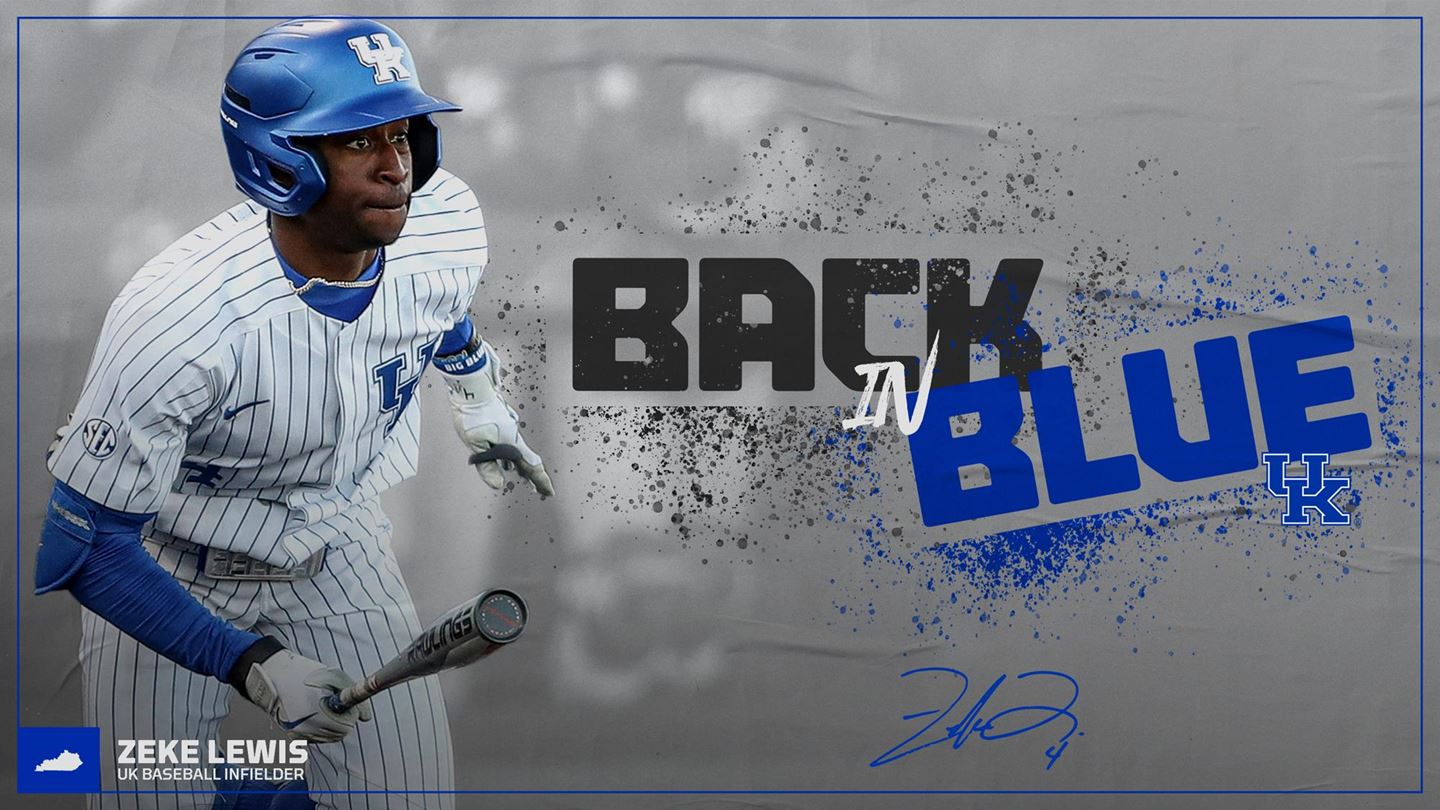 Kentucky senior infielder Zeke Lewis will return for the 2021 season, taking advantage of the NCAA’s ruling on eligibility relief for spring sports student-athletes whose season was cut short due to the Covid-19 pandemic.

An Atlanta native, Lewis was enjoying the best season of his career this spring, batting .378 in 14 games with nine runs scored, seven RBI and five stolen bases. He finished the campaign with hits in 12 of his final 21 at-bats spanning a career-long seven-game hitting streak. The versatile switch-hitter was primarily a second baseman but also could play outfield, shortstop and third base.

“I can’t express how grateful I am to have worn Kentucky across my chest during my collegiate career,” Lewis said. “I couldn’t have asked for a better place to call home and develop as a student, person and player.

“With that being said, I’m excited to say I’ll be returning to UK for my final year of eligibility. I can’t wait to get back to campus with my brothers and accomplish something that’s never been done before. Go Cats!”

For his career, Lewis has appeared in 115 games, including 43 starts. He has scored 47 runs, driven in 21, collected six doubles and two home runs while going 17-of-20 in stolen base attempts. He has crushed left-handed pitching in his career, batting .391 in 2019 as part of a career .317 average from the right-side of the plate.

Off the diamond, Lewis graduated in May from the College of Fine Arts with a degree in Arts Administration. He is an accomplished musician whose work has garnered the attention of opponents – former Missouri star Trey Harris used one of Lewis’ songs as his walk-up music – and the SEC Network, which featured his work during a 2018 broadcast.

Lewis is the first UK senior to announce his intention to return to the program for a final season. Fellow seniors T.J. Collett, Elliott Curtis and Jaren Shelby continue to work through their decisions.