Believe in The Horn! 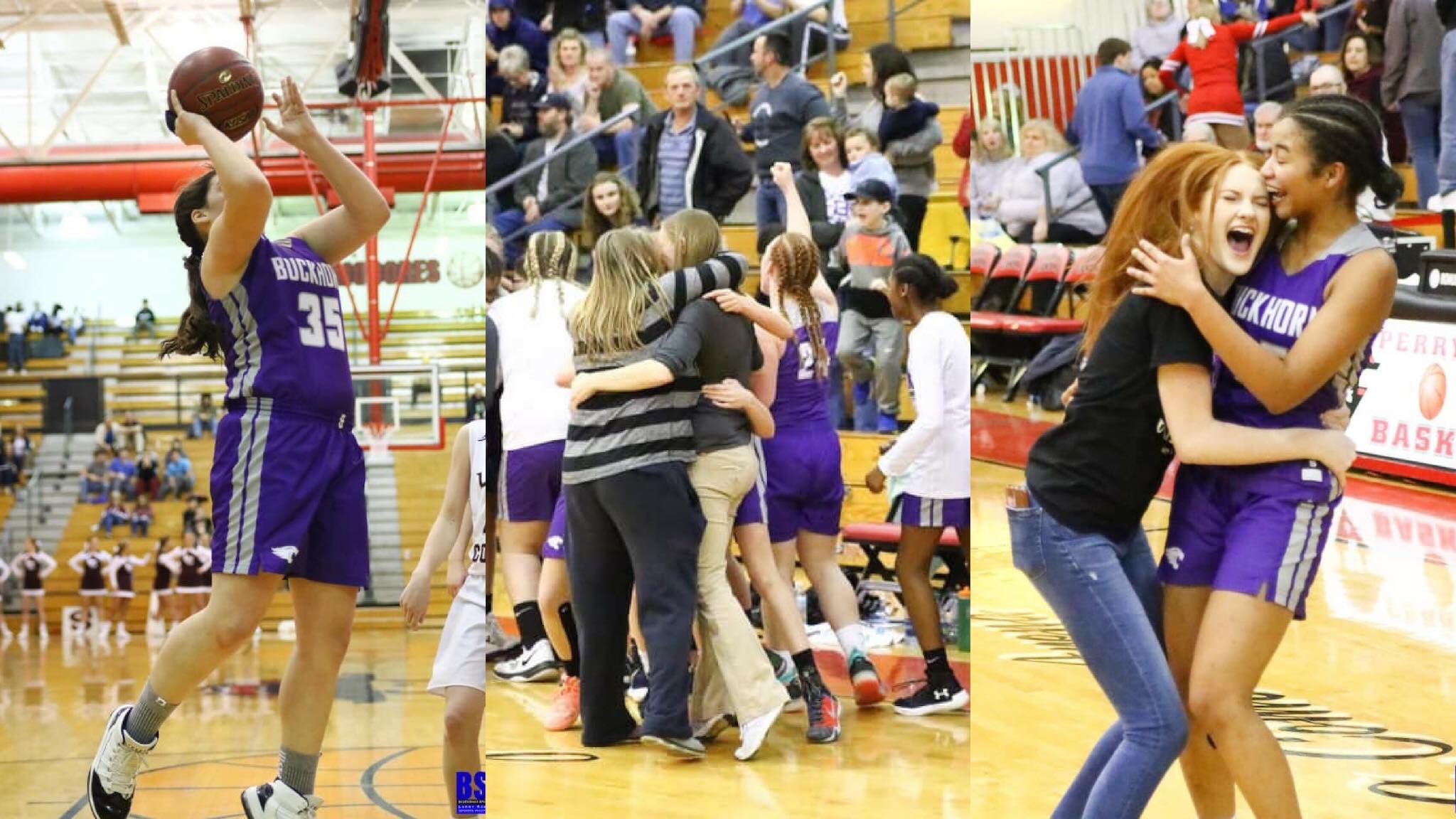 “Believe in the Horn.”

You may have seen that phrase on social media. Maybe you have read it on the back of a t-shirt adorned with purple. It has become sort of a rallying cry for Buckhorn athletics over the last several years. But only a handful of folks truly believed going into Monday’s 54th District opener between the Buckhorn Lady Wildcats and the Leslie County Lady Eagles.

At the time of the last census in 2000, the town of Buckhorn had 144 residents. That number probably hasn’t changed a lot since then. It is a small, tight-knit community with a lot of pride.

“We have over 100 years of alumni and history,”  Coach Andrew Blank said. “And in today’s education system, with all the consolidation, that’s unique.”

In more than a century as a school, the community has not seen an abundance of success for the girls’ basketball team. The program started in 1975 and advanced into the regional tournament in its first year behind senior star Peggy Gay, winning a 54th District Championship along the way. She would return to lead the team as a coach and punch the team’s second ticket to a regional tournament in 1993, nearly two decades later. Going into Monday’s game, those two trips to the regional tournament were the only times the team advanced past district play. It would take an incredible effort to make their third trip to region because the Lady Eagles have proven to be a tough out for Buckhorn.

The two teams clashed early in the season, and the result was not pretty. The Wildcats traveled to the Richard M. Nixon Center in Hyden and lost in impressive fashion. The Eagles would earn a 41-point victory with a final score of 72-31. The Eagles would go on to win 17 games and grab the top seed in the 54th DIstrict Tournament. Buckhorn would take the fourth and final seed of the tournament.

“We’ve not had a great season record-wise and we’ve had some terrible losses,” Blank said. “But we’ve played some tough teams good for a half, and I thought if we competed for a complete game we had a shot.”

When the final buzzer sounded Monday night, everyone was a believer.

“We’ve not had a win of this magnitude in my five years coaching and a long time before that,” Blank said. “Beating a highly-ranked team, especially in postseason play, is a big win for our community as a whole and our program.”

The Eagles jumped off to a hot start to take an early lead, but the Lady Wildcats fought back and the game went back-and-forth, needing an overtime period to determine the winner. Senior guard Ally Lopez is a do-it-all guard for the team, leading the squad in both points and rebounds. Blank said the putting the ball in her hands at the end of the game was a priority.

“She’s our playmaker. Obviously, we had other girls step up, but everything goes through her,” Blank said. “She’s a senior and has more experience than anyone else on the team. When she has the ball in her hands and making decisions at the end of the game, I feel we have a good shot to win.”

The Wildcats needed more than just a big night from Lopez; they needed contributions from everywhere. Middle school players came off the bench and hitting big shots. The team was diving for loose balls and fighting for everything. Watching these two teams play in the postseason, it was not clear that one had bested the other by 41 points just a couple months earlier.

The final buzzer sounded Monday night, starting a frenzy of celebrations and tears on the sideline. The Lady Wildcats punched their ticket to region for only the third time in school history. The doubters were loud, but the Horn blows loudly.