Breathitt Football – A Retrospective Look Ahead – Playoffs Round 2 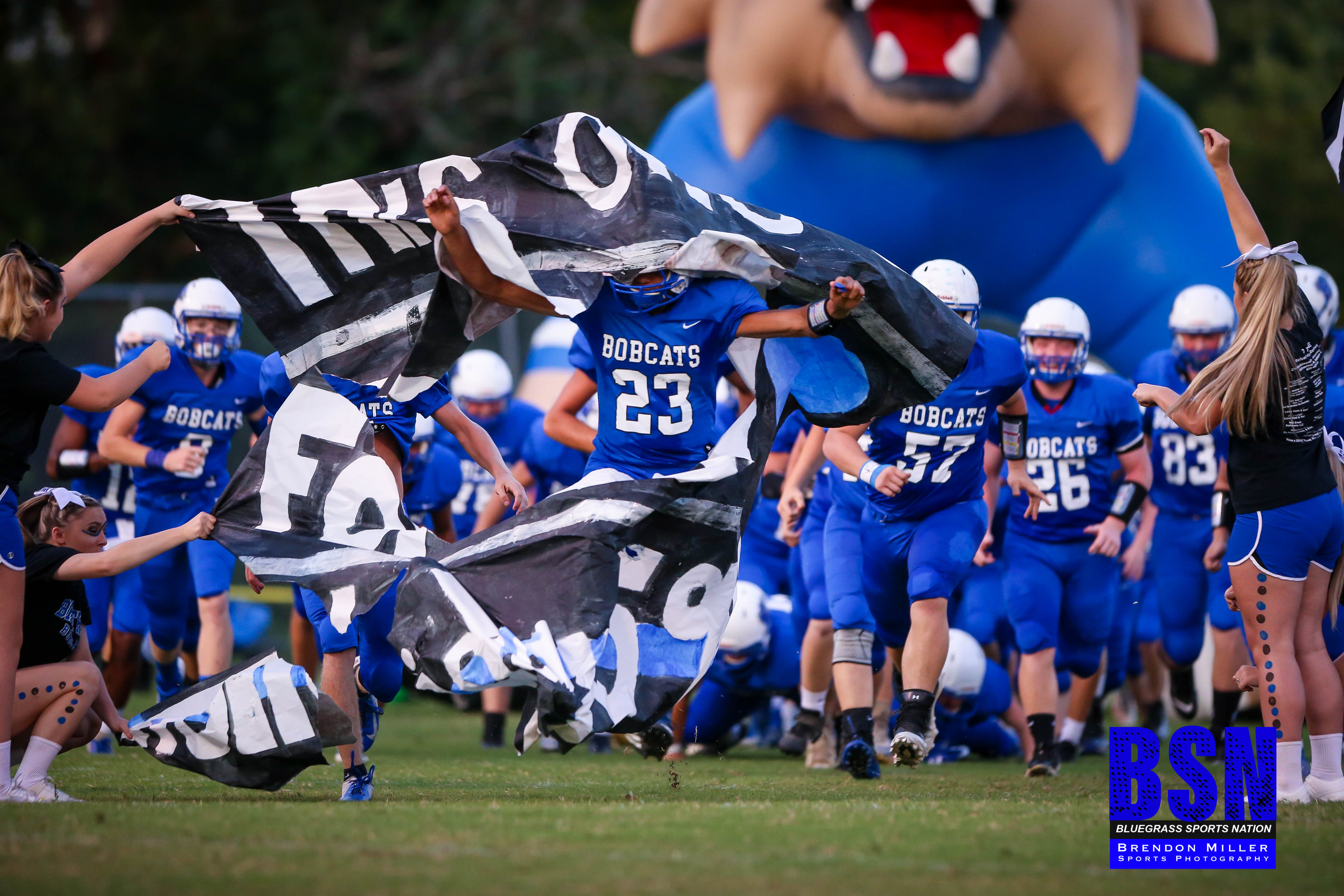 Looking back at the win over Knott Central and ahead to the rematch with Middlesboro!

A look back at Knott County Central…
Not much to say about the Knott County Central game in round one other than we won 48-6 and the defense was even more throttling than giving up Six points would indicate. The game was played to a running clock for nearly three of the four quarters of play and the defense kept turning over the Knott County offense, thereby setting the offense up with the “short-field” on may of the scoring drives. The statistics won’t tell much of the tale from last week’s, round-one game.

Offensively, the team only rushed for 129-yards (poor by its standards) but that was only on 11-carries with 4 of those 11 going for scores. Charles Andrew “Geeny” Collins carried the ball 3-times, two of which for TDs, for 71-rushing yards.

On the year, the Bobcats have scored an incredible 54 rushing TDs in the 11 games played. Breathitt passed the football for 64-yards but were able to burn the Knott defense, over the top, for a 34-yard aerial score from Jaylen Turner to Brandyn Slaughter, freshman, Tyler Bryant, hit Blake Ritchie for the final TD and then hooked up with Blake Hoskins in the back of the end zone for the final two points. The play to Hoskins, with Hoskins running the end-zone’s back-line, fully demonstrated the benefit of having a 6-5 TE to target in the passing game. The “Bryant to Hoskins” connection maybe a storied one before either of their times as Bobcats are completed.

Defensively, senior, LaDaniel Whitaker, led the team with 7 tackles (5 solos, 2 assists, 2 TFLs, 1 QB sack) and junior, William Long, had a strong showing in the middle with 6 tackles (5 solos, 1 Assist, 3 TFLs). Senior, Darren Noble, turned in one of his stronger outings all year, as he pitched in 6 tackles (4 solos, 2 assists, 1 TFL). Lane Weddle had a pick-six he returned 48-yards for a score and Jaylen Turner picked the second pass, returning it 27-yards.
Lots of young guys got valuable playing time. Those playoff repetitions will pay dividends for the Bobcat program as it works toward translating this season’s successes into future, championship-caliber play.

A look ahead to Middlesboro…
Middlesboro has played excellent football in 2019 and has been one of Kentucky’s truly remarkable turn-arounds. The YellowJackets have turned in an outstanding 8-3 work-slate so-far and they would love to keep advancing. Don’t forget, this team pre-Larry French being hired on as HC went 1-10 just one year ago.

The YellowJackets will be coming to the River Bank to regain some of the swag it lost when Breathitt left Middlesboro having beaten the YellowJackets 57-7 during the regular season. Breathitt should brace for a much gamer effort from Larry French’s guys this second go-around.

The last time we played Middlesboro, it was Jaylen Turner’s first start at QB and Braxton O’Hara was in street clothes on the sideline. O’Hara is back for Friday night’s game and will show the YellowJackets an offensive dimension it didn’t see last time to go along with what he brings defensively at OLB.

On the offensive side of the ball, when the two teams last played, sophomore, Jaylen Turner, turned in 123-passing yards with a pair of 45-yard TD passes to Lane Weddle and Jacob Noble. Weddle also returned a kick-off 43-yards for a score.

Collins gained 182-yards rushing in only 10 carries with 4 rushing TDs against the YellowJackets for what would be his second best outing of the year running the football behind only his senior night performance against Pike County Central. The team gained 288 yards in only 26 carries with 6 rushing TDs on the evening and completely dominated the lines of scrimmage, all night.

The Breathitt offense, with Turner at the controls, gained 411-total-yards in only 37 offensive plays in accounting for 8 TDs (6 rushing, 2 passing, 1 KO not counting as an offensive TD). That came out to approximately 11.11 yards-per-play on the night. If we can replicate those type numbers, Middlesboro will be in real trouble

Final Analysis
Middlesboro is a good football team which is very well coached and they will be unloading off that bus Friday night with a point to prove in their minds. We better not take them lightly. Middlesboro feels like we embarrassed them at its Veteran’s Bowl and they aren’t too beholden to getting embarrassed twice by the same team. If the Bobcats play efficient football and are sound fundamentally they should advance to the Round 3, if not, it will be fight on the ‘Bank.