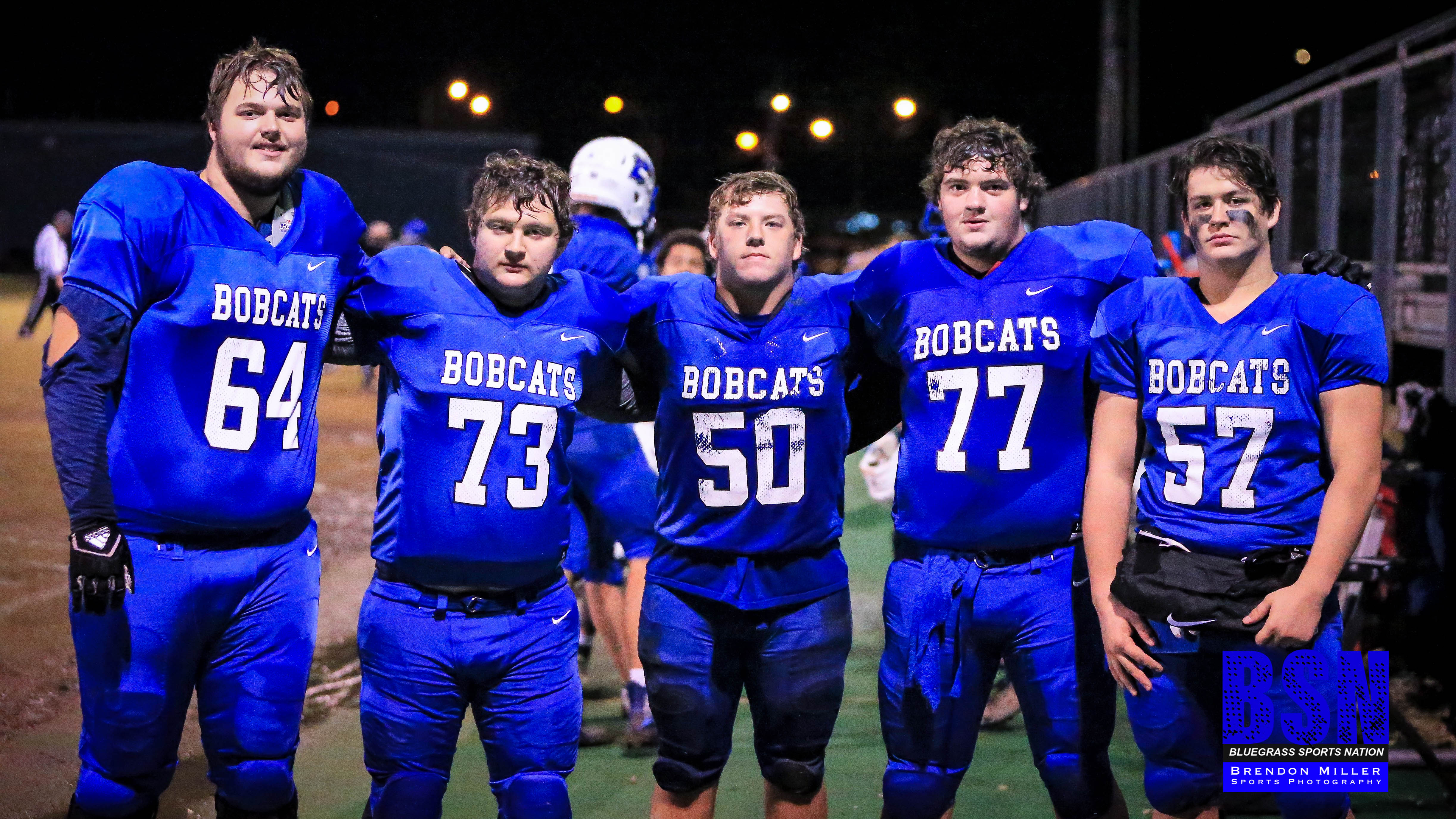 Looking back at Walton-Verona in the Regional Championship, and ahead to Somerset in the Semi-State.

A look back at Walton-Verona…
What a fine performance against the Bearcats from Walton-Verona who played very well and ably. In the end, Breathitt ran the clock on them like so many others. That being said, running the football for 308-yards on 38-carries for four rushing TDs against any team which has made it as far as the third round of the KHSAA playoffs is yeoman’s work.

The Bobcats were effective throwing the football, as Jaylen Turner and Braxton O’Hara completed 4-6 for 109 yards through the air. The Bobcats gained 417-yards of total offense in only 44 plays ran from scrimmage. Throw in the 128-yards in kick returns and the special team’s score to go with the 93-yards in interception returns over two interceptions, one of which was a pick-six, and that is how one wins a Regional Championship, 57-28. It was a three-phase, excellent performance.

Now, the inclination is to criticize the defense. Breathitt surrendered 365-yards in rushing in 50-carries and 453-yards of total offense in 63-plays. However, the first-team defense held the Bearcats to three TDs, which is remarkable considering the rushing totals. While Walton-Verona out-gained Breathitt in total offense, they also had 19 more plays from scrimmage. Stops were made when it was critically important.

The offensive drive of the night was when the Bobcats ran the ball from deep inside their own territory the length of the field for a TD, chewing up the remainder of the 3rd-Quarter clock and a good portion of the 4th. The ball was ran right down the Bearcats throat on that drive. The ball was not thrown a single time and were aligned from a power-run set, working from under center, and drove it into the end zone.

The game was over, at that point, for all intents and purposes. It was “hat on hat, man on man, let’s learn which roster lists the tougher-guys” football. The ability to do that wins Championships.

A look ahead to Somerset
Let me start off by saying this Somerset team has been considered the class of the 2A classification all season by nearly every football expert in the Commonwealth. The Briar Jumpers came out of the toughest district in the classification as they are in the same district with both Danville and Lexington Christian.

Somerset quarterback Kaiya Sheron has been offered by UK and he has had a tremendous year. Sheron has completed 152 of 221 passing attempts for 2,834 yards passing with 24 touchdowns against only 5 interceptions.

Sheron is also the team’s leading rusher as he has gained 798 yards on 89 carries with eight rushing touchdowns to go with what he does for the team’s passing attack. The team’s top RB, Alex Miller, was lost for the year with a broken leg in the Hazard game.

Jase Bruner is one of Kentucky’s very best linebackers and plays fullback too on offense. Bruner is a load to bring down to the turf.

Kade Grundy, who is committed to play baseball in college at the University of Louisville, is one of the KHSAA’s premier athletes. Grundy catches it, runs with it, and plays on defense and, generally, gets moved around wherever he can inflict the most damage.

The lines of scrimmage are big and nasty on both sides of the football. The offensive center, Drew Johnson, a 2021-prospect, is probably the Briar Jumper’s very best offensive lineman.

Final Analysis
So what does all this mean? Well, I am going to say something here which will shock you…Breathitt matches up better with Somerset by scheme and alignment, than they did with Walton-Verona. That being said, Somerset has much better personnel than Walton-Verona. However, if Walton-Verona had run Spread at Breathitt’s 3-4 base defense, the Bobcats defensively, would have been better suited to defend against that action than attempting to stop the Bearcats’ flexbone/Wing-T run from the Pistol formation seen Friday night.

This has been seen all year. We have seen examples of this all year. Teams who ran similar schemes to Walton-Verona’s gave the Bobcat defense trouble in 2019. Remember the scrimmage against Letcher Central? Remember the Pike County Central game?

So, can Breathitt win Friday night? Well, no one in Kentucky, outside of Breathitt County, will pick us, and the Bobcats will be a decided underdog.
Those of you who have been around the program know this won’t be the first time Breathitt County has been overlooked and, according to the pundits, outclassed. Remember, in 1995, those Bobcats traveled to Danville, Kentucky and played a Danville High School team which had won 69 of its previous 72 games? Victory was obtained and then that group took the schools first State Championship a week later.

So it comes down to this, if the Bobcats play a clean game, value possession and don’t blow assignments, and make the Jumpers drive the field, giving them nothing easy, Breathitt will give themselves a chance to win it. For a program like Breathitt County, oftentimes, that’s all the sliver of daylight required. That’s why we’re Breathitt County, wouldn’t you agree?

Tune into the Bluegrass Sports Nation Webcast of the game on the BSN Facebook Page on Friday!!!