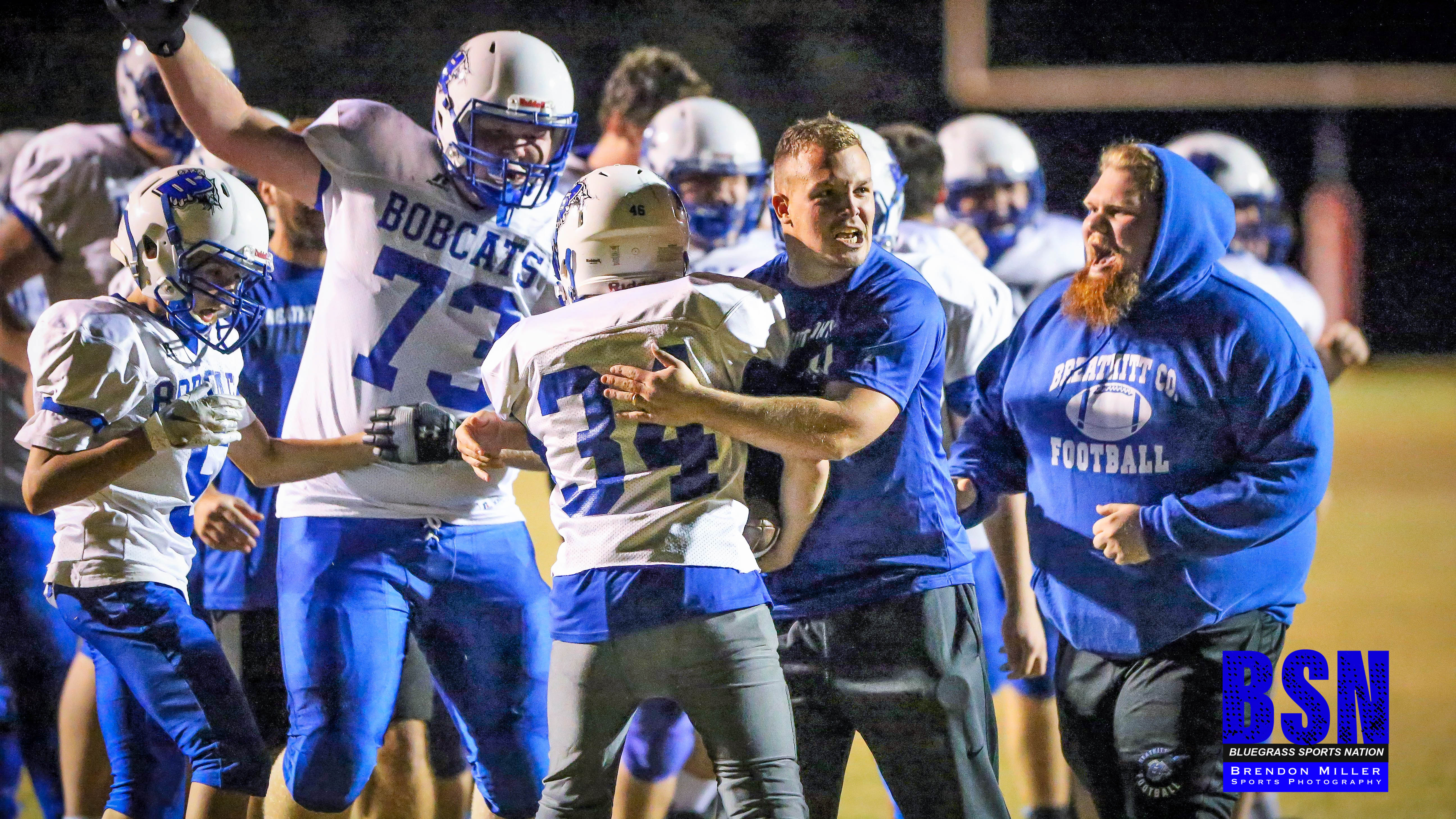 The Bobcat and Pirate Future Stars hit the field last night in Stanton in Junior Varsity action. Most of the night was a defensive struggle with neither team getting on the scoreboard until midway through the 4th quarter, but the ending left all in attendance buzzing.

The teams played to a scoreless tie for the 1st, 2nd, 3rd and more than half of the fourth quarter. Powell finally broke through with around 4:00 to go on a beautiful 4th down lofted pass from Pirate QB Holden Townsend which led receiver Stephen Norris to the front corner of the end zone. Norris’ catch dive to the pylon put the Pirates in the lead. The conversion was snuffed out by the Bobcat defense to put Powell up 6-0.

On the ensuing drive, Powell intercepted a Tyler Bryant pass and took the pick back for 6, but the play was called back with on a block in the back, giving the ball to the Pirates to basically run out the clock.

With less than :30 to go, the Bobcat Linebacker Darren Noble stripped the Pirate running back and then recovered the fumble, giving Breathitt a last gasp opportunity from their own 40. From there, Bobcat Freshman Quarterback Tyler Bryant hit Sophomore wide out Blake Ritchie on a deep post over the middle to give the Bobcats a chance at around the Pirate 30, with :13 on the clock.

Bryant dropped back and hit Freshman Bryce Hoskins on an out route, who got out of bounds at the Pirate 16 with :00 showing on the clock. The officials put :02 back on the clock for one final play, which then precipitated an unsportsmanlike conduct penalty on the Pirates and moved the ball to the eight.

As the final horn blew, Bryant hit Hoskins in the right corner of the end zone to tie the game as the Bobcat faithful went wild.

For the conversion to win, Breathitt dialed up Sophomore tailback Trevor Baldwin who took the hand off and surged over the goal line for the score and the win.

Good character and confidence builder for the Bobcats. The Pirates played an excellent game and both side put on a show and we look forward to seeing them all under the Friday Night Lights in the future!!!