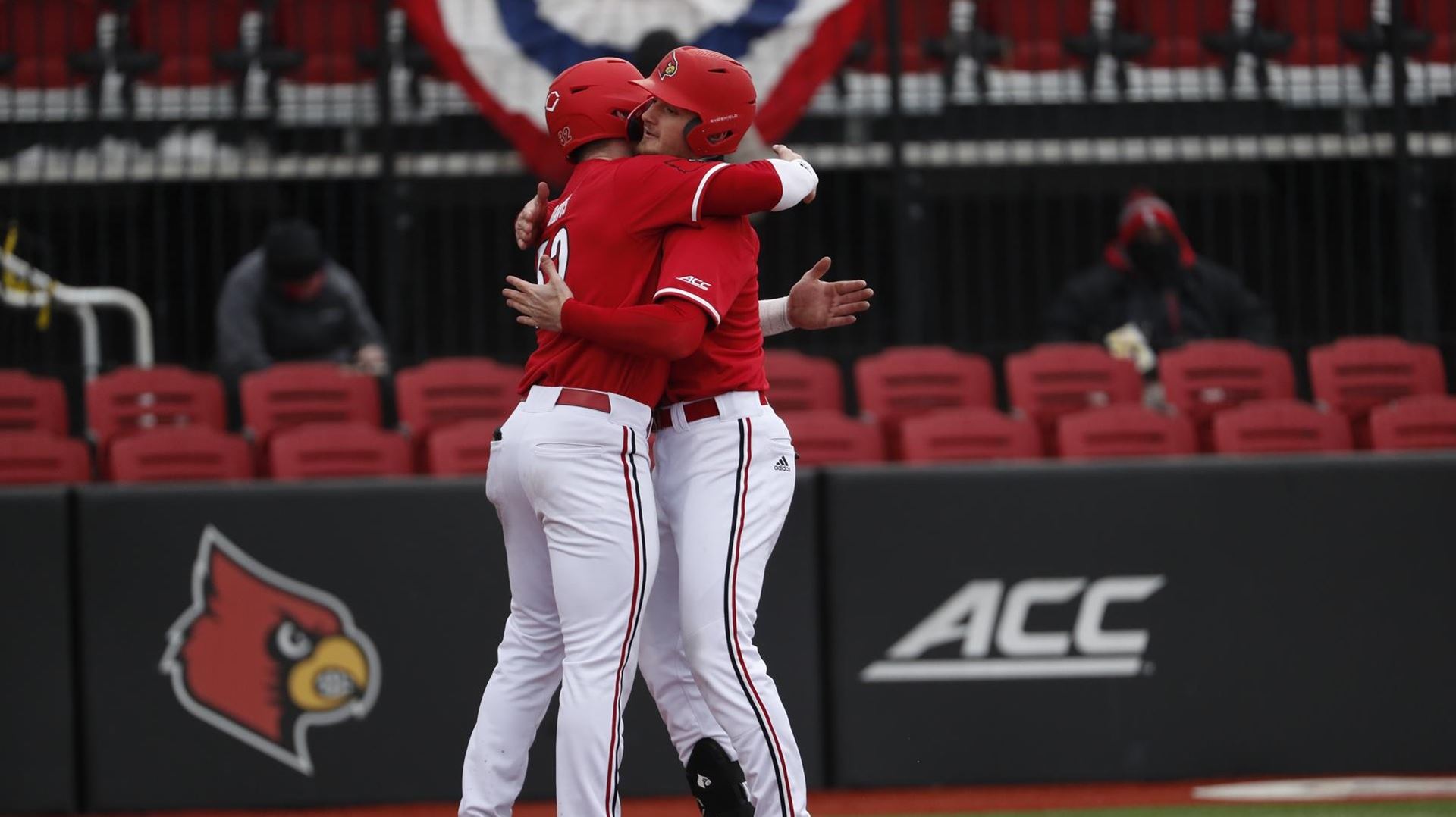 Louisville defeated Bellarmine 13-1 and 8-3 on Sunday.

The second-ranked University of Louisville baseball team completed a strong opening weekend with 13-1 and 8-3 victories over Bellarmine on Sunday at Jim Patterson Stadium.

Louisville (3-0) finished off a sweep to start the season for the first time since the 2018 season.

Cameron Masterman led the way offensively for the Cardinals, going 4-for-8 with a home run in each game and five RBIs. The junior homered in all three games of the weekend.

Adam Elliott (1-0) made his first career start in Sunday’s first game after 67 previous relief appearances. The senior gave up just one hit in four scoreless innings, striking out seven. Seamus Barrett followed with three scoreless frames in his collegiate debut with Riley Phillips tallying a scoreless inning in his debut as well.

In the nightcap, Luke Smith (1-0) allowed just one run over four innings to secure his first victory of the season. Evan Webster added three innings of relief work with one run allowed.

The Cardinals jumped on the board fast on Sunday, plating a run in the second inning before striking for three more in the third. Five more runs came across in the fourth, capped off by Masterman’s first home run of the day.

Louisville tacked on another in the fifth and three more in the eighth, with Ben Bianco closing out the scoring on a two-run single before Ben Wiegman closed out the game on the mound.

The Cardinals got rolling in the first inning of game two pushing three runs across, the last two of which scored on Levi Usher’s first long ball of the season.

Bellarmine (0-3) scratched a run across in its half of the third, but the Cardinals responded with three in the bottom of the frame. Henry Davis hammered a two-run home run down the left field line and Masterman teed off two batters later to make it a 6-1 game.

Two more runs came home in the sixth on RBIs from Masterman and Trey Leonard.

Usher had four hits on the day, while Davis turned in three of his own.

Louisville returns to action on Tuesday against Eastern Kentucky. First pitch is scheduled for 3 p.m. ET at Jim Patterson Stadium.