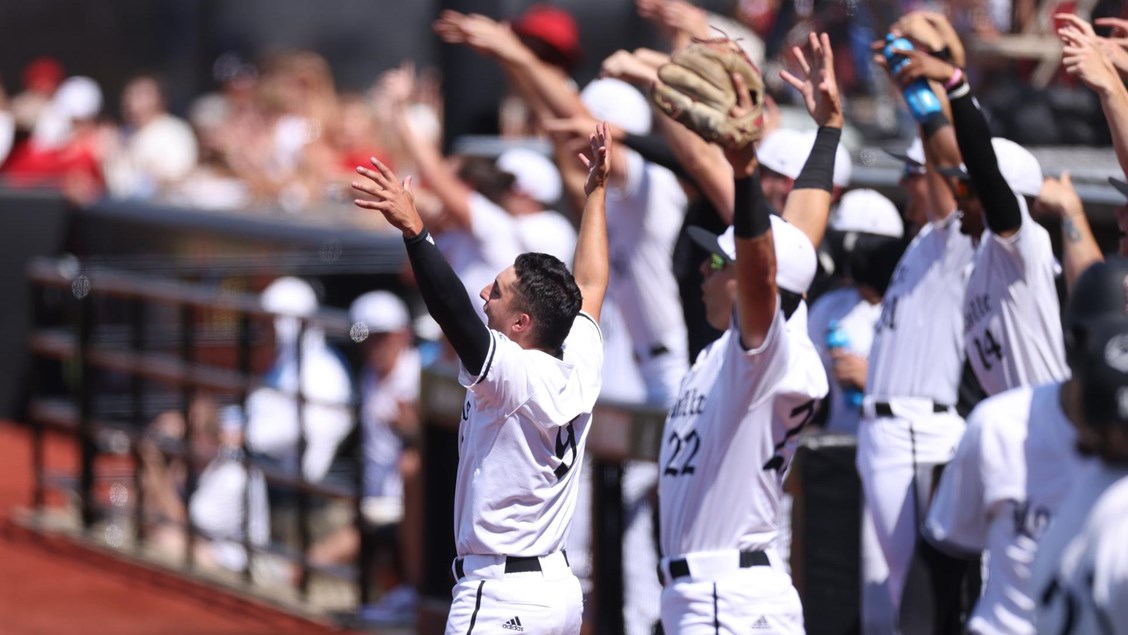 The seventh-ranked and top-seeded University of Louisville baseball team picked up a 7-2 victory over fourth-seeded Southeast Missouri State in the opening game of the NCAA Louisville Regional on Friday at Jim Patterson Stadium.

Louisville (39-18-1) advances into Saturday’s winner’s bracket game where it will take on the winner of second-seeded Oregon and third-seeded Michigan. First pitch is scheduled for 4 p.m. ET.

The Cardinals fell victim to a sloppy opening inning on Friday, with an error allowing the first batter of the game to reach and a pop-up lost in the sun pushing the first run across.

Southeast Missouri State (37-21) then tacked on a second run in the following inning with a two-out double stretching its lead to 2-0.

Cameron Masterman got the Cardinals on the board in the bottom of the second inning, lining a 3-2 pitch over the wall in right for his 15th home run of the season. Masterman joins Dalton Rushing and Ben Metzinger as Cardinals with at least 15 long balls on the season, the first time the Cardinals have had three players with 15 or more since 2007 when Isaiah Howes, Logan Johnson and Chris Dominguez did it.

Levi Usher was at the center of things in the fourth, as the senior helped the Cardinals surge in front. His one-out single drove home Jack Payton to tie the game and then he went to work on the bases. Usher swiped second, moving him into a tie for sixth on Louisville’s single-season record list with his 34th of the year.

The centerfielder then coaxed consecutive balks out of the SEMO starting pitcher to allow him to score the go-ahead run.

After surrendering a run in each of the first two innings, Garrett Schmeltz settled in on the mound. Making his second career start, the southpaw faced just one batter over the minimum over his final four frames. Schmeltz (2-0) worked a career-long six innings and set a career-best with eight strikeouts on the day.

Payton handled the rest of the work offensively for the Cardinals, tallying run-scoring doubles in the fifth and seventh innings before a single in the eighth drove home two more. It was a career afternoon for the sophomore as he recorded his first four-hit game and drove in four.

Tate Kuehner took the mound and pitched the final three innings for the Cards. The lefty struck out four and allowed just one baserunner on the way to his third save of the season.

Louisville pounded out 15 hits on the day with Payton leading the way. Christian Knapczyk, Ben Metzinger, Isaac Humphrey and Masterman each had multi-hit games.