CARDS Reenter Coaches Poll at No. 25 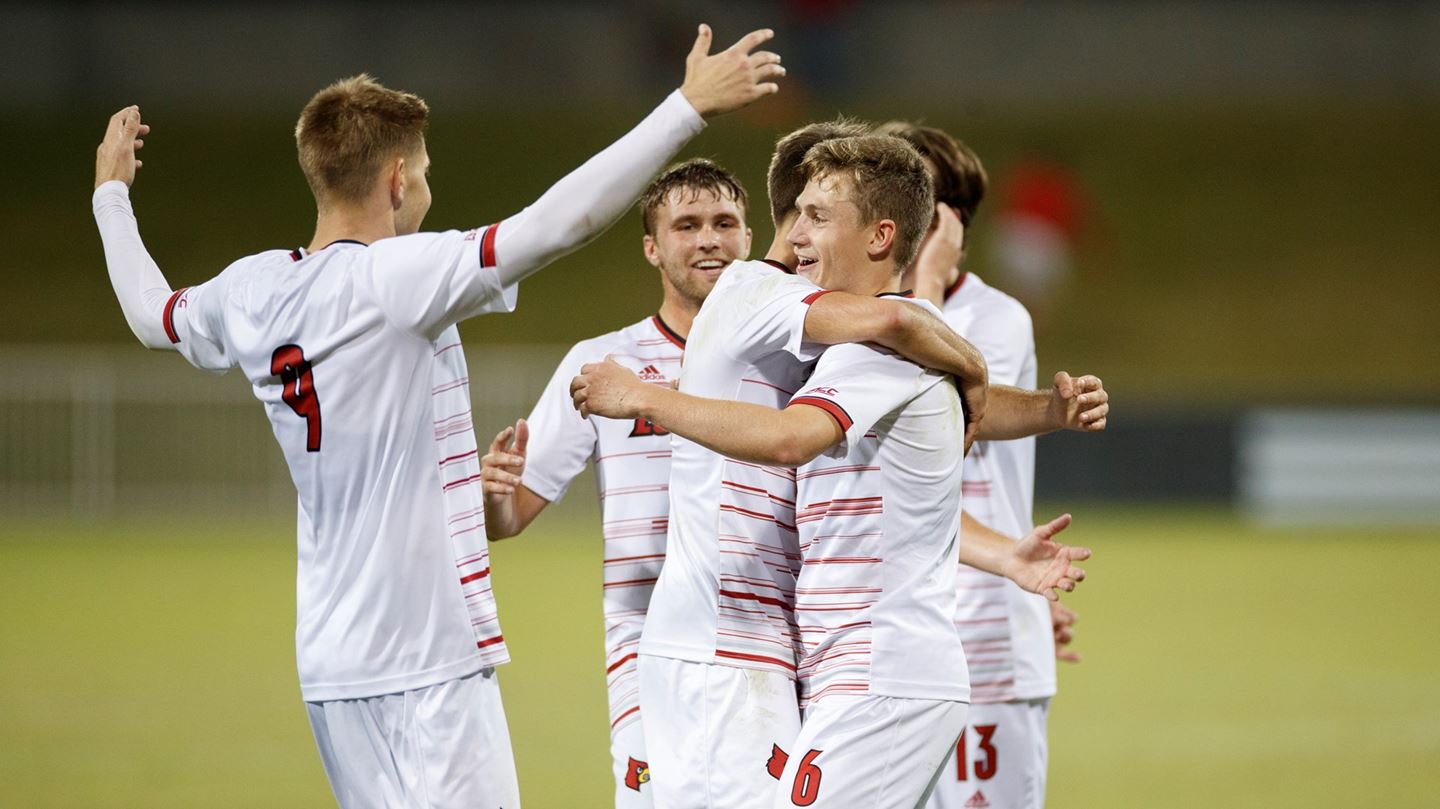 UofL has received votes in all 10 USC polls

KANSAS CITY, Mo. – The University of Louisville men’s soccer team moved back into the United Soccer Coaches poll that was announced Tuesday (Oct. 29), coming in at No. 25.

The Cardinals are coming off a 1-1 week that included a 1-0 road victory over then-No. 21 North Carolina. The Cards had been receiving votes just outside of the top-25 in each of the last three USC polls.

Louisville closes out its regular season Friday, November 1 at 6:00 p.m. against No. 7 Wake Forest, who dropped in this week’s poll after being ranked second last week.

In all, seven UofL opponents are ranked this week in the USC poll, with two more opponents receiving votes. The Cardinals are 4-2 against the six top-25 teams they have played, including handing 3rd ranked Georgetown its only loss of the season.

Louisville is 13th in the most recent NCAA RPI for the second week in-a-row. In other polls, the Cardinals enter the week ranked 22nd by Top Drawer Soccer and 29th by College Soccer News