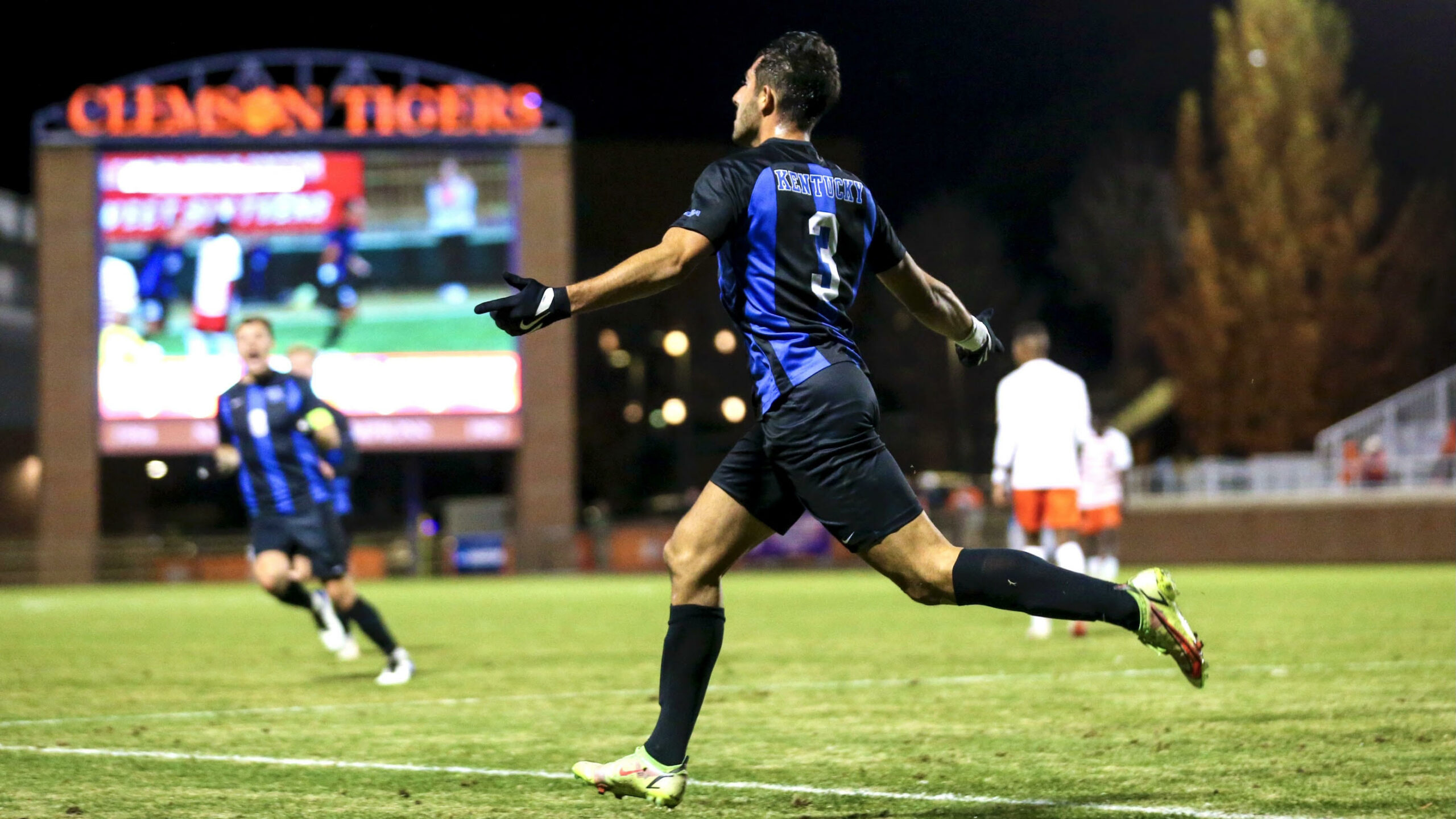 No. 9 Kentucky ends historic season with 2-1 loss at No. 8 Clemson

A magical season for the Kentucky men’s soccer program has come to an end.

No. 9 Kentucky fell 2-1 at No. 8 Clemson on Sunday in the third round of the NCAA Championship, ending its 2021 campaign with a 15-2-4 record and an appearance in the Sweet 16 for the third time in four seasons.

Clemson struck early in Sunday’s contest with a goal by Callum Johnson in the 14th minute, dealing Kentucky just its fourth first-half deficit of the season. The Wildcats went into halftime trailing for only the second time, despite outshooting the Tigers 5-3 on the offensive end.

Kentucky continued to apply pressure in the second half, ultimately leading the shot count 11-5 on the night and controlling possession for 55% of the match. The offensive resiliency finally paid off in the 85th minute with a clutch goal by Lucca Rodrigues, who headed home a cross by Nick Gutmann to equalize the score.

The stalemate was short-lived, however, as Clemson’s Alvaro Gomez answered with a late game winner in the 89th minute.

Rodrigues and Luis Grassow played all 90 minutes on the Kentucky backline. In 89 minutes, fifth-year midfielder Bailey Rouse attempted a game-high three shots, landing one on goal. Daniel Evans recorded two shots as one of seven players to come off the bench, while six Cats hoisted one try apiece.

Conference USA Goalkeeper of the Year Jan Hoffelner finished the game with two saves, bringing his season tally to 34. His 12 total shutouts tie Luka Gavran, his former teammate at St. John’s, for the most in the nation.

Kentucky opened the season with a program-best 14-game unbeaten streak and won each of its regular-season non-conference matches for the first time ever. The Wildcats went undefeated at home and tied the school record for the fewest losses in a single season. The program’s second all-time C-USA Championship crown culminated with its fourth ever appearance in the NCAA Championship round of 16.