CATS’ Cullan Brown Heads to Sunday at 9 Under 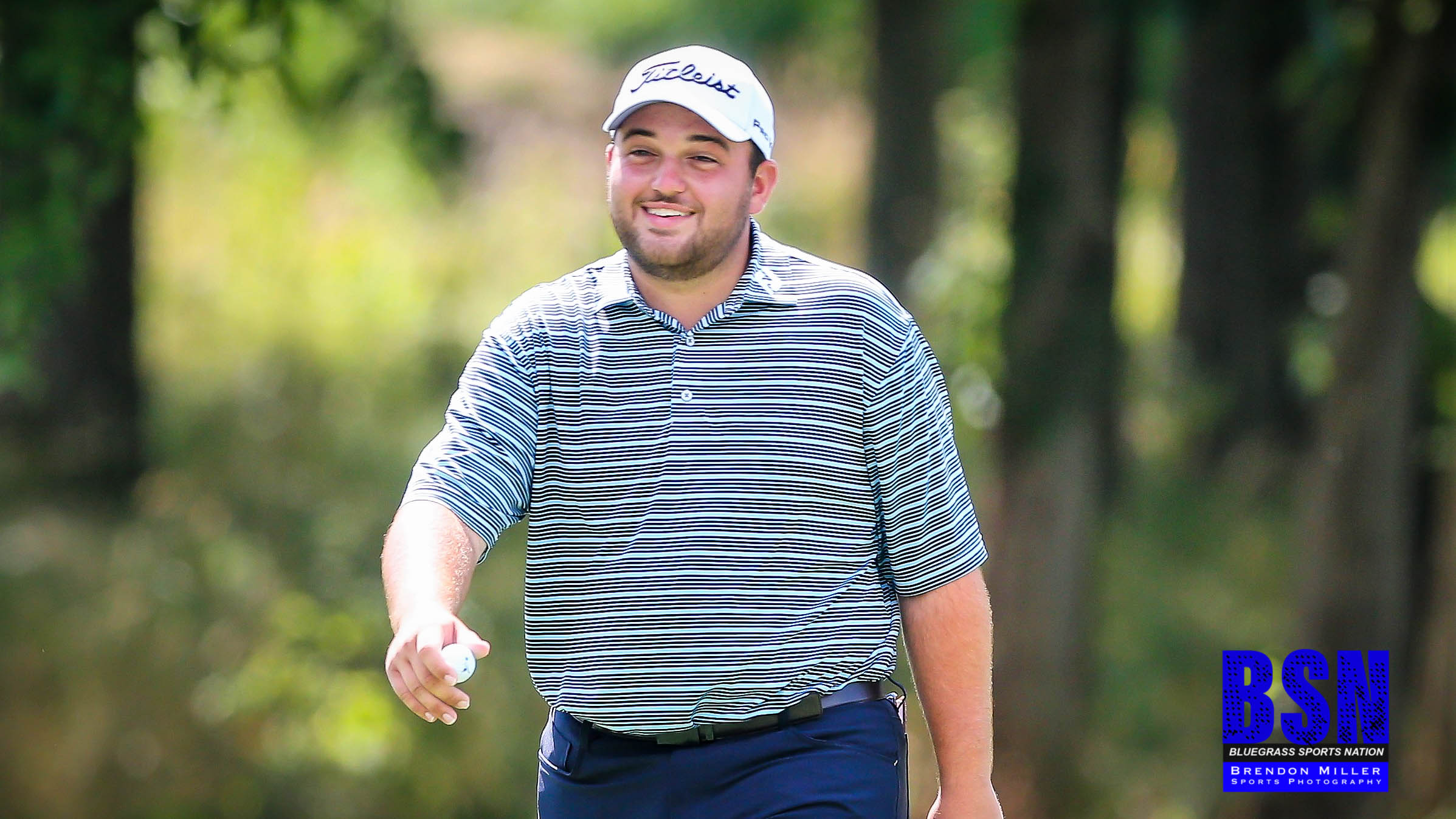 UK Sophomore looks like a Pro heading into Sunday

NICHOLASVILLE, KY (July 20, 2019) – University of Kentucky sophomore Cullan Brown is the only amateur playing the weekend in the $3.5 Barbasol Championship, but he’s showing the cool of a seasoned pro in the July heat.

Brown, the 2016 state high school champ out of Lyon County, fired a 5-under 67 on Saturday to get to 9-under for the tournament.

Brown wasn’t sure how his game would hold up in a PGA TOUR event, especially since he hadn’t practiced much since the college season ended.

“I’m as surprised, or more surprised than anybody, that it’s held up as well as it has,” he said. “It’s just unbelievable just to get to be here, and even more so to play at the level that I’m happening to play at.”

Brown made it clear that he appreciates getting an exemption into the Barbasol.

“It’s an opportunity unlike any other, really. To get to be here and get to play, much less compete against these guys, is just fantastic.”

After opening with an even-par 72 on Thursday, Brown has found his groove. He had seven birdies on Friday on his way to a 68 to make the cut on the number (4-under), and seven more on Saturday.

His dad Rodney, who caddied for him yesterday after following him the first two rounds, said his son “hasn’t hit a nervous shot” yet.

Cullan apparently doesn’t know he should have some jitters.

“It’s just another week out here,” he said. “It’s a lot of fun. And it’s just golf. You go out there and hit it where you want it to go. That’s about it.”

The only worry Brown has had was figuring out a caddie for Saturday. Barry Kight, one of his teaching pros from Paducah, looped for him the first two rounds, but experienced some heat-related problems on Friday.

It was less than 30 minutes before Cullan’s 7:55 a.m. tee time on Saturday that it was decided his dad would step in as caddie.

Cullan’s familiarity with Champions at Keene Trace has helped a lot, too. When he was in high school, he won the Kentucky Junior Masters here multiple times.

“I always struggled on this golf course back then,” he said. “I remember it playing very hard. I probably shot 72 or 73. I was very fortunate that I won that event three years in a row.”

Rodney and his wife Emily, and their daughter Cathryn, are enjoying watching Cullan perform so well on such a big stage.

Cullan said his mom “has been a rock for all of us. She’s obviously had a large range of emotions as the week has gone on.

“I know she was really happy how today went. She’s been echoing what the whole family has said, that just getting here is the good part and everything else is icing on the cake.”

Cullan also complimented the pinch-hit caddie he had Saturday.

“Dad did a great job,” he said. “He carried the bag, had everything were it needed to be, and let me do the rest.”

Dad wasn’t expecting a tip, though.

“I’ll probably have to buy supper, too,” Rodney said with a smile.