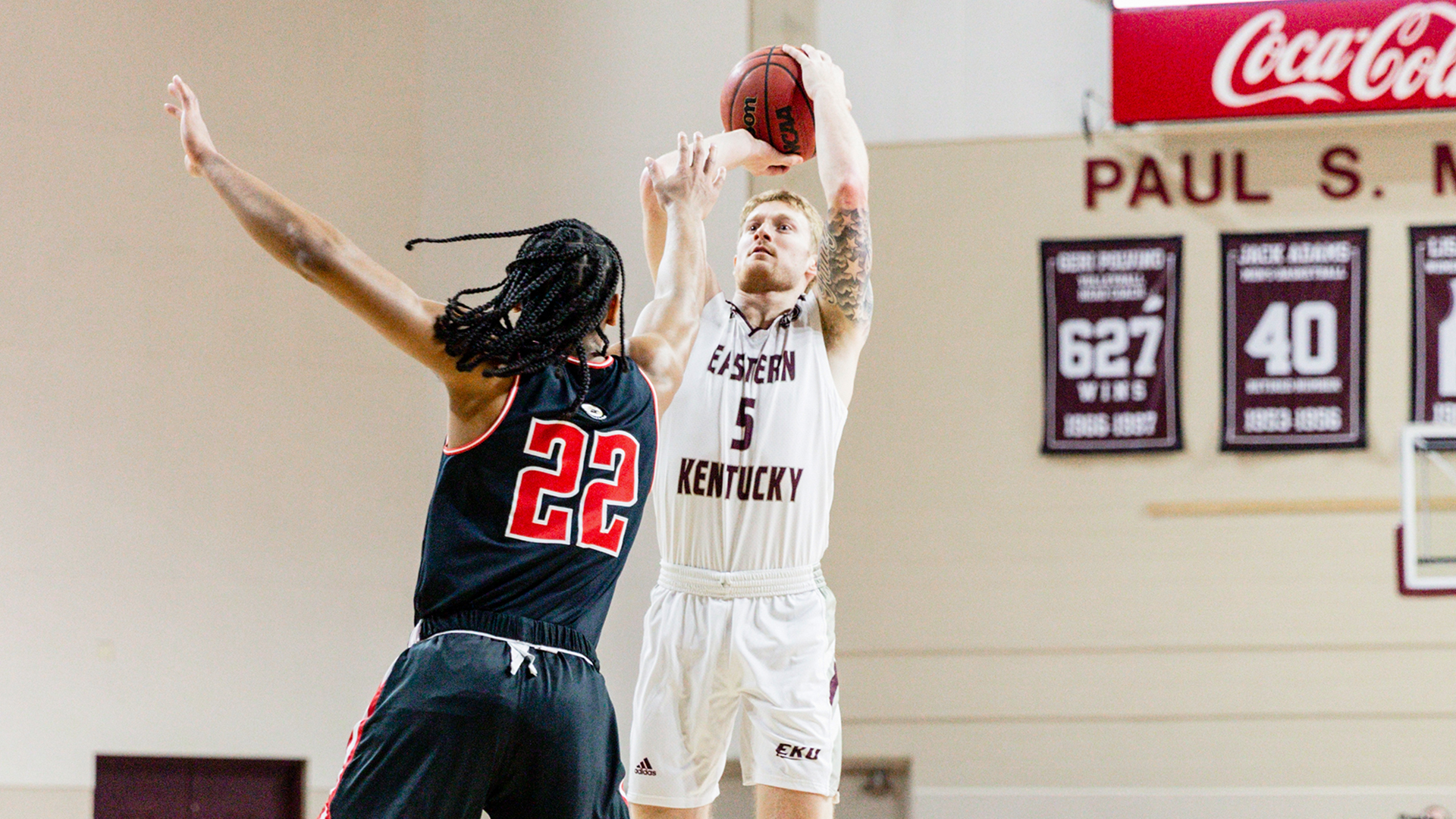 Eastern Kentucky University’s men’s basketball team cut a 17-point second half deficit to three, but couldn’t get over the hump in a 94-79 loss to Austin Peay State University on Thursday at McBrayer Arena.

Mike Peake’s tip-in with 19:32 left in the game gave the Governors a 55-38 lead.  However, the Colonels scored the next 14 points.  Michael Moreno, Cooper Robb, Russhard Cruickshank and Wendell Green Jr. hit four consecutive three-pointers.  EKU made its first three attempts from long range in the second half and four of its first six.

Elton Walker’s jumper and free throw capped the run and extended the visitors’ lead to 11, 70-59, with 12:54 showing on the clock.  Eastern Kentucky never got closer than five the rest of the way.

The Governors had a 44-28 rebounding advantage and turned 14 offensive boards into 17 second-chance points.  Despite turning the ball over nine more times than Eastern, APSU out-scored the home team 22-16 in points off turnovers.