Jackson Wins 14th Region All A 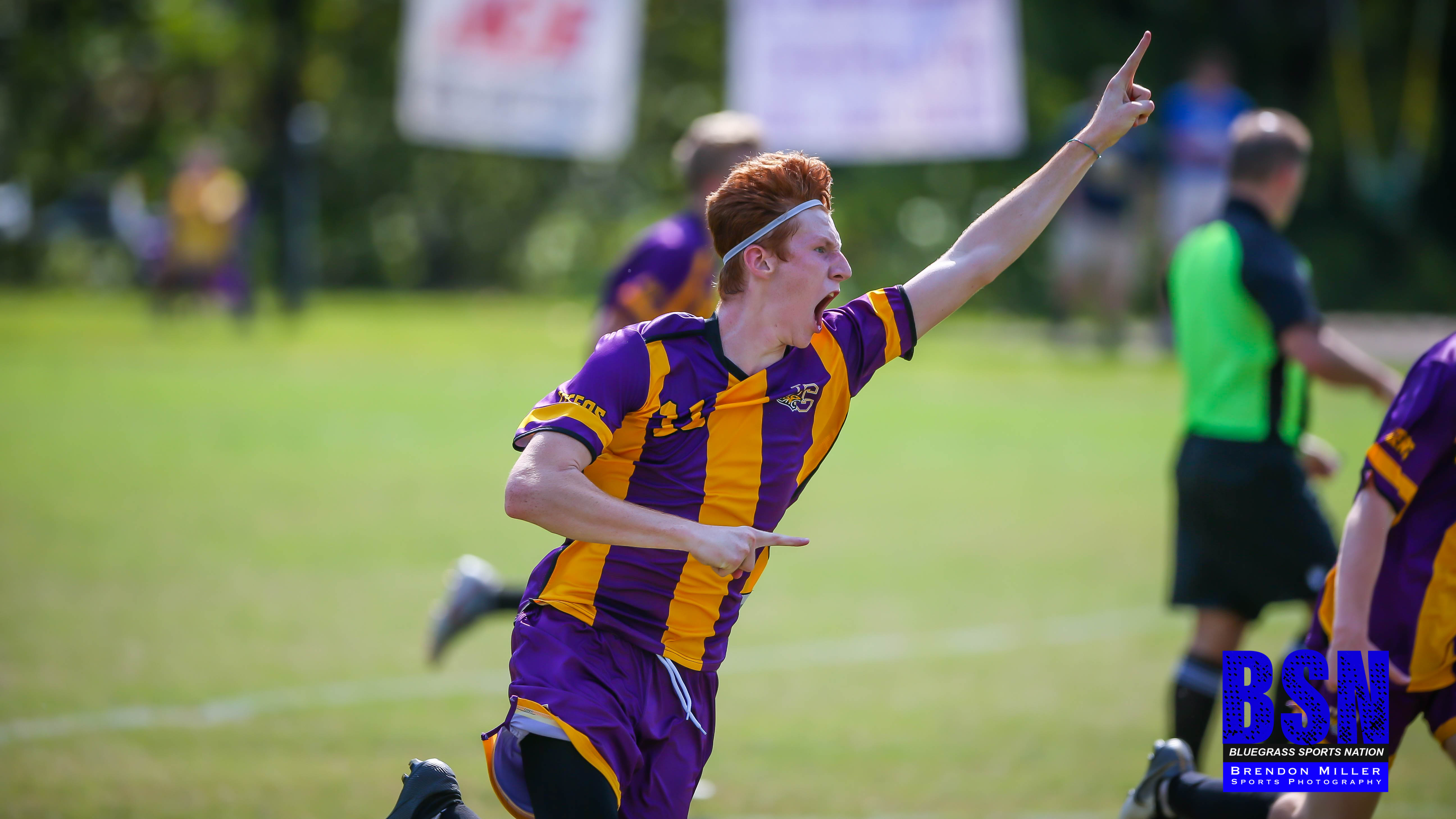 Slayden Sizemore with goal at 1:47 for Title

Jackson and Hazard faced off in the 14th Region All A Finals this afternoon at Douthitt Park in Jackson, and the result was an excellent match. High School soccer continues to grow in popularity in the Mountains, and today’s display will not hurt the sport’s cause one bit.

Despite Hazard having most of the possession in the first half, Jackson broke through first on a goal by Slayde Sizemore on a counter-attack to take the lead 1-0. The difference in possession and forward pressure then produced the game tying goal by Dylan Callahan. The Bulldogs continued to press and got a second goal from Noah Neace to take the lead. At the half, Hazard lead 2-1.

The two teams then consistently went end to end in search of the winner and extra time seemed imminent. That was until Sizemore outran the Bulldog defenders to poke in the game winner from the right of the 6 yard box with 1:47 on the clock. A wild celebration followed, and again at full time.

Jackson will now advance to the next round to face the 13th Region Champion next Wednesday in Jackson.