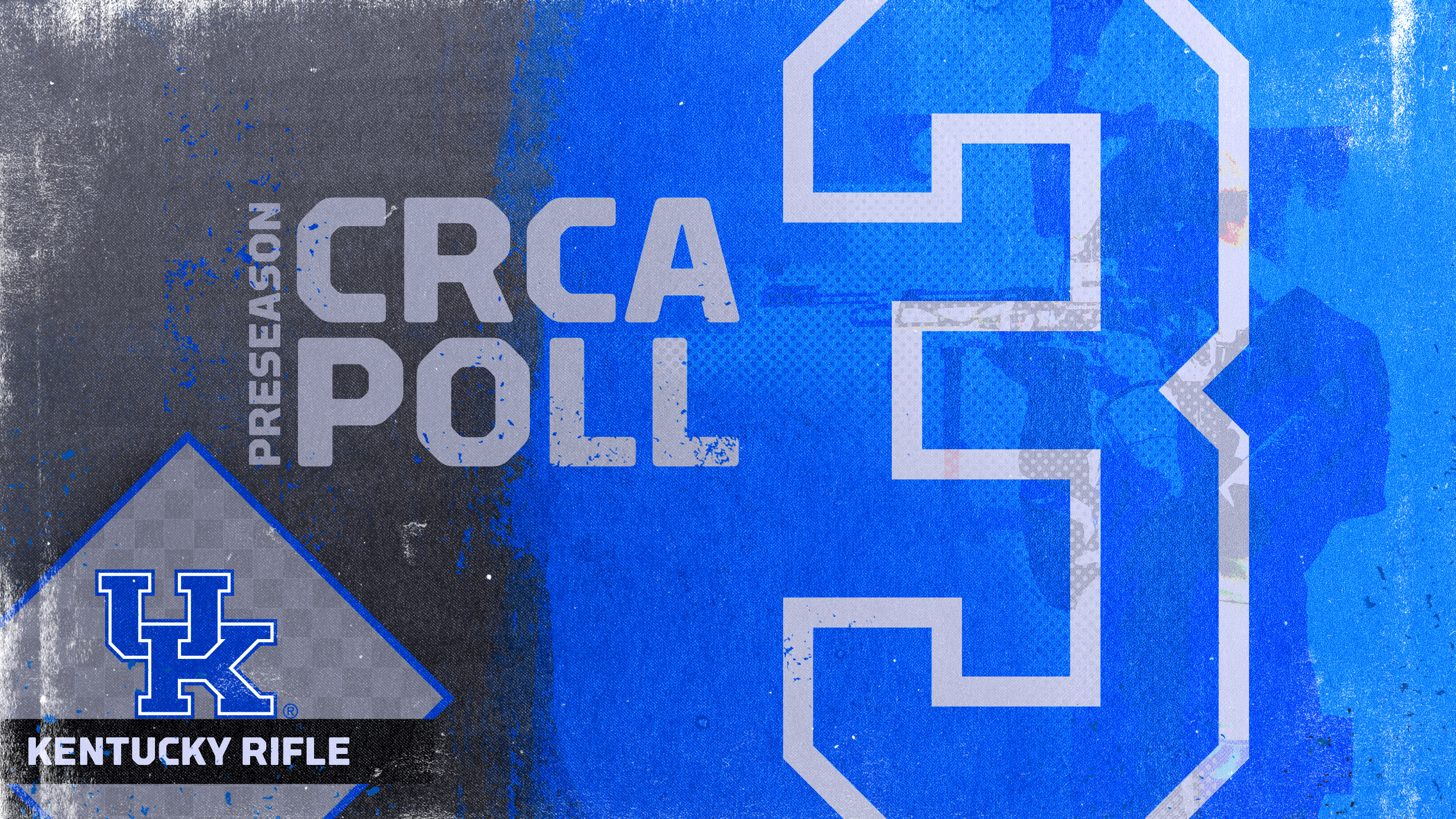 LEXINGTON, Ky. – The Kentucky rifle program will begin the season Saturday at Murray State as the No. 3-ranked team in the country after the Collegiate Rifle Coaches Association’s preseason poll was released this week.

Kentucky will face 16 top-20 teams this season, including eight of the top 10 and three of the top five. This is the 13th consecutive season that the Wildcats are ranked in the preseason top five.

“It is an honor to be ranked this high before the season starts,” head coach Harry Mullins said. “We have been working very hard in the preseason to live up to this ranking. I think this team has the capability to do something really special, but I can say the same for a lot of teams and people around the country. It will be one of the tightest races to the finish in a long time.”

Rankings were based on a place holder score, which is last year’s three-match qualifying score, until the team has a score from this season to use. As the CRCA has done in the past, fall semester ranking will be based on a team’s highest score from the last weekend shot. The ranking week will run Monday-Sunday.

West Virginia begins the season as the top-ranked team, Air Force is No. 2, and then TCU (No. 4) and Ole Miss (No. 5) round out the top five.

The Wildcats will kick off the season on the road with an in-state match on Oct. 12 at No. 10 Murray State before returning home to the Buell Armory on Oct. 19 for the Kentucky Long Rifle tri-match with Murray State and No. 16 Morehead State.

UK will get the spring season started by traveling to Columbus, Ohio, to compete against No. 8 Alaska Fairbanks and Ole Miss on Jan. 11.

This season’s GARC Championships will be in Memphis, Tennessee, on Feb. 28-29. Kentucky will play host to the 2019 NCAA Championships in Memorial Coliseum on March 13-14.