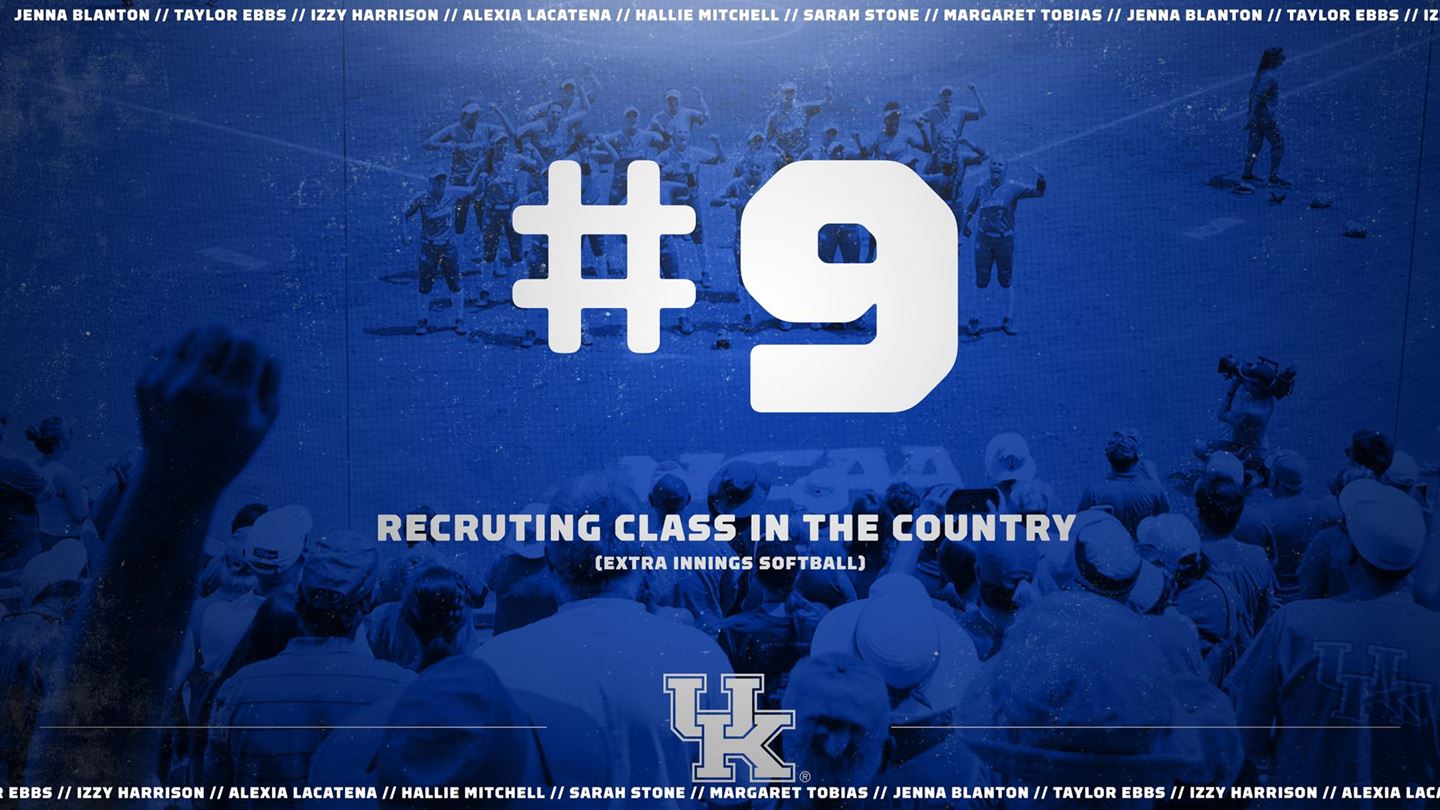 The Kentucky Softball team announced on Thursday that it has signed the No. 9 ranked recruiting class in the country, adding seven players to Lexington. The rankings were done by Extra Innings Softball, as the Wildcats were able to haul in five top-100 ranked players.

“In keeping in our philosophy of having a dynamic lineup, our 2021 Wildcats possess great power as seen in Taylor Ebbs, Alexia Lacatena and Sarah Stone along with the tremendous speed of Jenna Blanton, Hallie Mitchell and Maragret Tobias.” UK head coach Rachel Lawson said. “Our 2021’s are strong defensively, battle tested and as always, it starts in the middle with Izzy Harrison and Alexia in the circle. So happy this class has finally signed and I’m looking forward to watching them represent the Big Blue Nation.”

The 2021 class is the third top-10 recruiting class that Lawson has assembled in her time at Kentucky, and second in a row. They will join the team in the fall 2021 semester and play their first games in the 2022 NCAA season.

The Southeastern Conference continues to work with the University of Kentucky and other member institutions on the construction of the 2021 NCAA softball season. The 2021 team schedules, times, television assignments and attendance models for the upcoming year will be released at a later date. Fans are asked to check UKathletics.com or follow Kentucky Softball on Twitter (@UKSoftball) for the most up-to-date information regarding UK Athletics’ response to the COVID-19 pandemic.