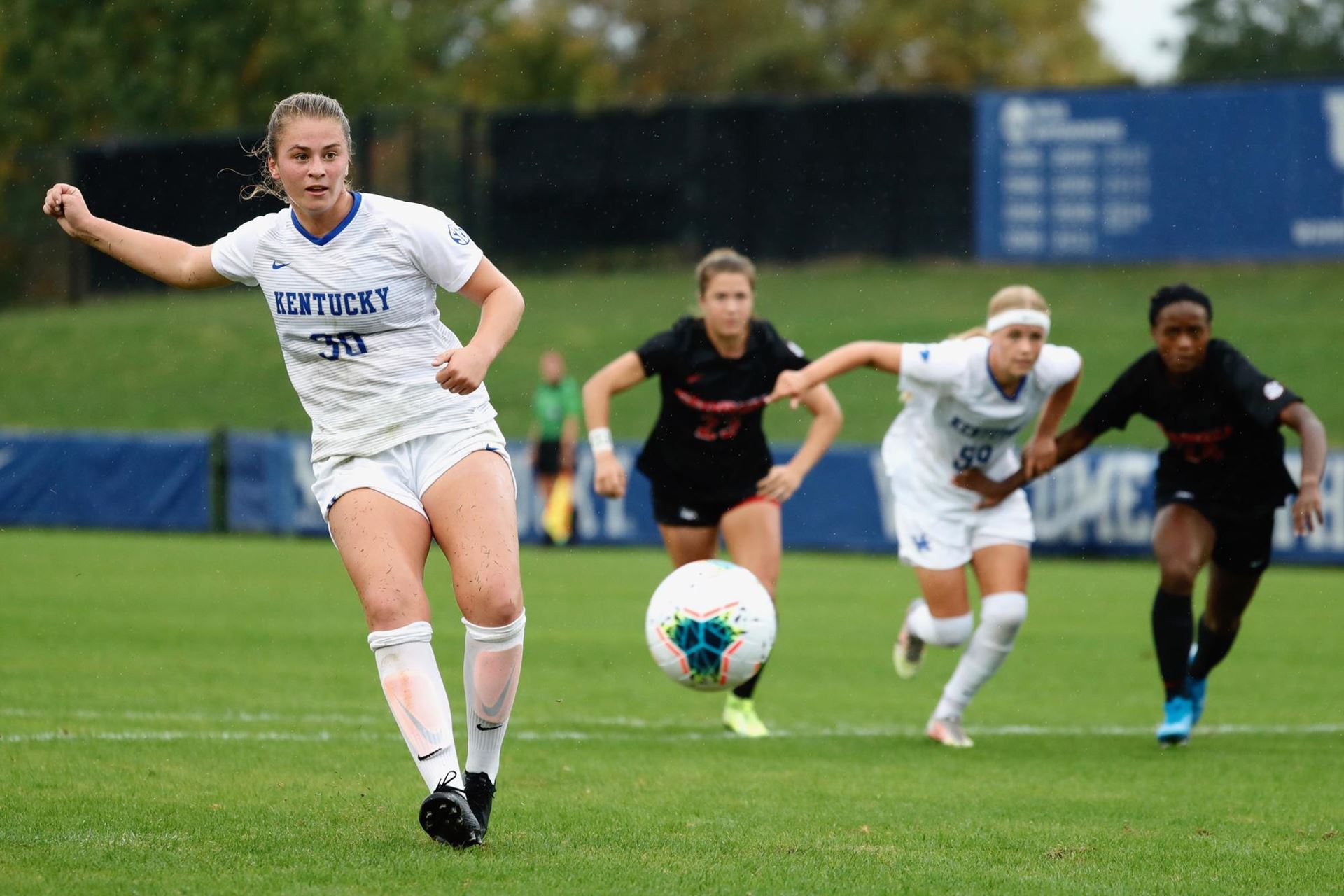 Rhodes scored her fourth goal of the season, 12th of her career

The University of Kentucky women’s soccer team recorded its first point of the season on Sunday afternoon, playing No. 8 Georgia to a 1-1- draw in double overtime at the Wendell & Vickie Bell Soccer Complex. The Wildcats move to a 0-3-1 record in 2020, while the Bulldogs move to a 2-0-2 record.

For the second time this season, Kentucky scored the first goal of the contest and carried a lead into the half. In the 25th minute, Jordyn Rhodes took a penalty kick that sailed up and left. It marked her second penalty kick of the season and her fourth goal of the season. The sophomore forward is responsible for all four of UK’s goals in 2020, meanwhile she leads the team in career goals, boasting 12 in just a season and a half.

Kentucky held its lead for more than half an hour, until Georgia’s Jessie Denney responded in the 68th minute to equalize the contest.

The tie is UK’s first since October 24, 2019, when, coincidentally, Kentucky and Georgia recorded a 1-1 draw after 110 minutes of action.

The Wildcats were outshot by the Bulldogs 22-9 overall this afternoon, but Kentucky allowed just seven shots on frame from Georgia. Rhodes aimed all three of her shots on target in the contest. Co-forward Hannah Richardson rallied three shots, too, aiming one on goal in just her second game of the season. Caroline Trout and Julia Grosso recorded one shot on goal apiece from the back.

UK goalkeeper Brooke Littman rallied six saves against Georgia, reaching 30 saves through just four games this season. Meanwhile, the redshirt senior is just one save from reaching her career high (31).

Littman competed all 110 minutes of the contest, as did Rhodes, Julia Grosso, Caroline Trout, Úlfa Úlfarsdóttir and Peyton Rimko. In fact, Littman, Trout and Úlfarsdóttir haven’t missed a minute of action all season.

The Kentucky women’s soccer team will return home next Sunday, Oct. 18 to host Tennessee in a 5 p.m. ET contest at the Wendell & Vickie Bell Soccer Complex. The game will be televised on ESPNU and the ESPN app.