NASCAR Back on Track!! 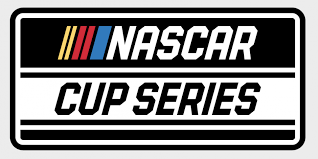 NASCAR Cup returns to track on May 17th!

NASCAR is scheduled to make its return to racing on Sunday, May 17, at Darlington Raceway with a NASCAR Cup Series race that will serve as the first of seven races over an 11-day span at two different race tracks throughout May, the sanctioning body announced Thursday.

The race at the historic South Carolina track will be held without fans in attendance and is slated to be NASCAR’s first on-track action in more than two months as the sport and world in general have been on pause during the COVID-19 pandemic.

The May 17 race is a 400-miler, scheduled for 3:30 p.m. ET, live on FOX, MRN and SiriusXM NASCAR Radio. It also is the first of three races at the track, including a second Cup Series race held midweek under the lights three days later.

The May schedule also includes the crown jewel Coca-Cola 600 in its traditional Memorial Day Weekend home for the 60th consecutive season, plus midweek races in prime time.

Below are the races announced Thursday: