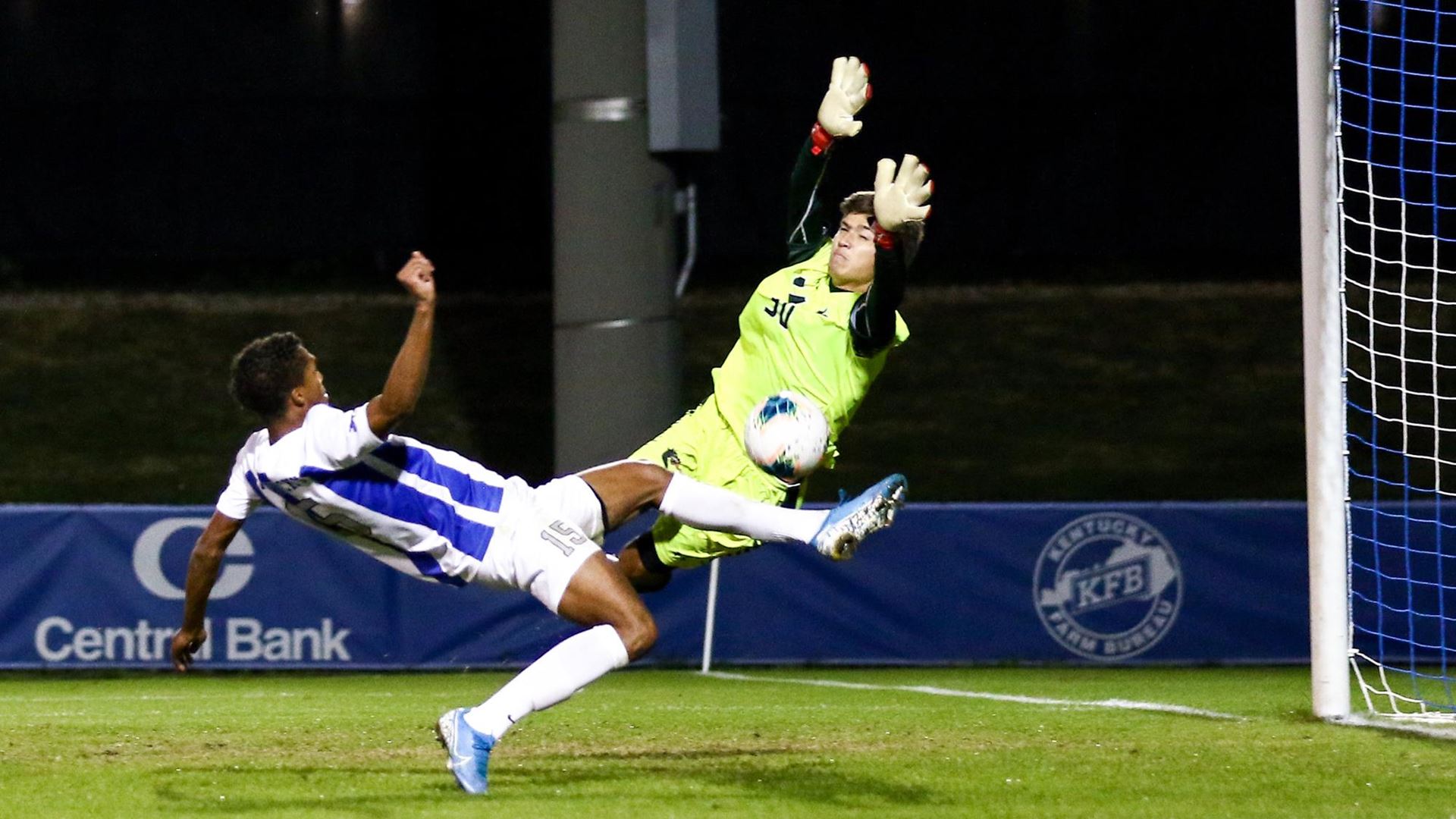 No. 4 Kentucky (5-1) ended its unblemished homestand on the highest note of all, beating UAB (1-6) 2-0 in the white-hot Wildcats’ first shutout of the fall on Saturday at Wendell & Vickie Bell Soccer Complex.

Kentucky’s fifth straight win was highlighted by second-half goals from Kalil ElMedkhar and Brock Lindow on the offensive end, as well as a defensive performance anchored by redshirt senior Aimé Mabika, who was honored with a special ceremony prior to kickoff.

Despite Kentucky dominating the shot count 11-2 in the first half, including 4-0 on target, the teams entered halftime in a scoreless stalemate. The tie was broken in the 55th minute, when ElMedkhar was fouled on a run deep into the UAB penalty box. The Middletown, Delaware, native connected on the ensuing penalty kick, giving his team its second 1-0 lead of the season.

With just over three minutes remaining, Lindow put the Blazers out of reach for good. The sequence began with a corner kick from the left side of the field by Robert Screen, who fired the ball into a crowd of defenders in front of the woodwork. Junior Daniel Evans—waiting patiently for an errant header that sailed just outside the 18—needed only a single left-footed volley to send the ball far post to Lindow, whose outstretched left leg beat UAB goalkeeper Caelan Whitehead to a ball that bounced safely across the goal and inside the opposite post.

ElMedkhar’s game winner was the first of his senior campaign and his team-leading third goal overall. Lindow’s goal was his second score this season, while Evans delivered his second assist.

In total, Kentucky attempted a season-high 20 shots on the night.

Redshirt sophomore Ryan Troutman earned his first career shutout and improved to 3-0 as a starter between the pipes, recording two saves in the process.

Kentucky is scheduled for one more contest before putting its 2020-21 season on hold until the spring. The Wildcats are slated for a rematch with the Duke Blue Devils on Friday, Oct. 30, at 7 p.m. ET in Durham, North Carolina. Kentucky defeated Duke 4-2 at home last September.