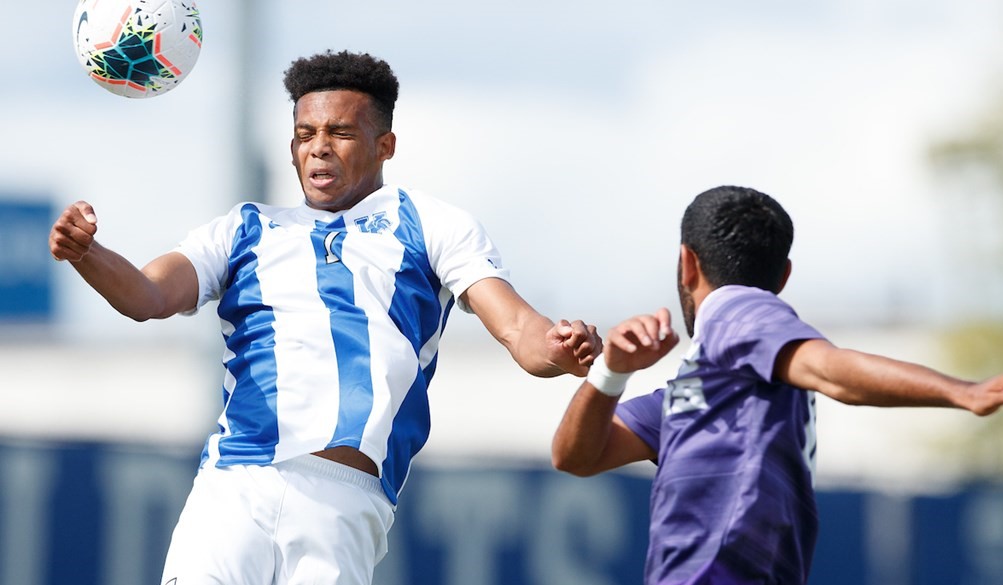 Despite trailing at the half for the first time all season, the red-hot No. 4 Kentucky Wildcats (3-1) successfully completed a 2-1 comeback bid against Central Arkansas (0-2) in overtime Friday at Wendell & Vickie Bell Soccer Complex.

Junior Brock Lindow secured the victory with the third game-winning goal of his career in the 96th minute.

Kentucky began Friday afternoon with a slow start to its second match of the week, contrasted by a high-octane introduction from the Bears. It took just under seven minutes for Central Arkansas to find the back of the net, as Kasper Andersen connected on the match’s first shot attempt by way of an assist from Vicent Abaso.

The Wildcats would go on to outshoot the Bears 6-4 in the first stanza but entered halftime on the wrong end of a 1-0 deficit.

Momentum shifted after the break, though, propelling Kentucky to capitalize on the third of its five second-half shot attempts. Junior forward Mason Visconti scored his first goal of the season off a pass into space by Kalil ElMedkhar, who was assisted himself by Leon Jones.

The assists were the first credited to both ElMedkhar and Jones this fall.

Ninety minutes weren’t enough to break the stalemate, however, sending Kentucky to its first overtime period since the 10 in which it competed in 2019.

Six minutes into the extra time, Lindow lined up left of the Central Arkansas goal for the Cats’ seventh corner kick of the evening. The 6-foot-2 Toronto native sent the ball bending through the air, sneaking past goalkeeper Sebastian Thomsson untouched into the upper-right corner of the net.

In total, Kentucky attempted 13 shots on the day, while Central Arkansas managed nine. Visconti and Lindow were two of only three substitutes to see the pitch for the Wildcats, as seven of the 10 starting field players did not miss a minute of action.