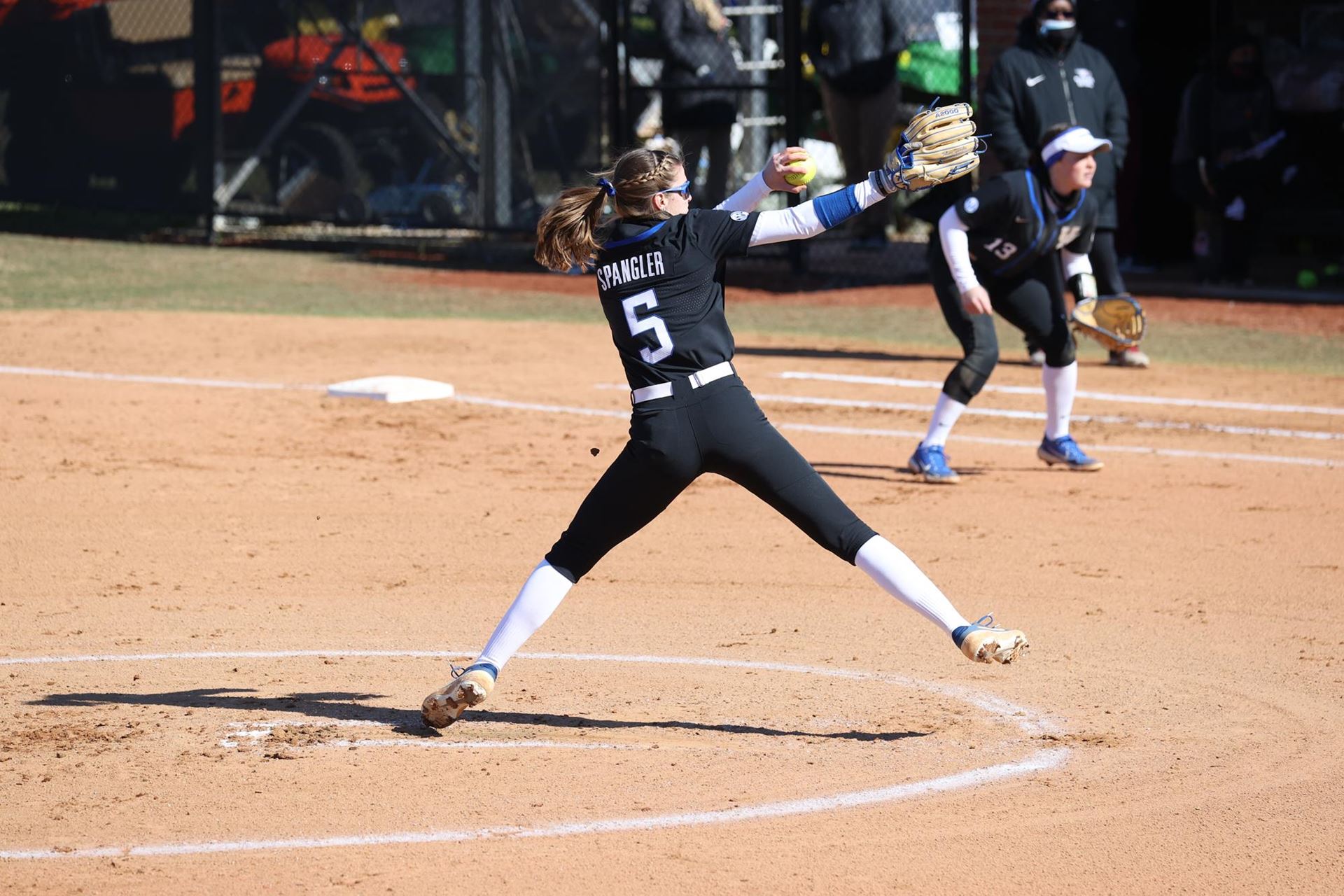 The Kentucky Softball team is off to its best start in program history at 13-0, after winning games against Stetson and New Mexico State on day two of the 2021 Spring Games at Legend’s Way Ballfields in Clermont, Florida.

In Kentucky’s 7-0 win over Stetson, the Wildcats got a spectacular combined complete-game shutout from Tatum Spangler and Grace Baalman, who together threw seven innings and carried a no-hitter into the seventh inning. Spangler went 6.0 innings, allowing no runs on one hit and struck out six.

To cap off the night, Kentucky got a walk-off home run from Kayla Kowalik in the bottom of the fifth inning to run rule New Mexico State 10-1 in five to complete a 13-0 start to the season, and tie the best start in program history.

UK’s time at THE Spring Games ends on Sunday with a 12:30 p.m. ET rematch against Stetson. The game can be seen live on FLOsoftball with a proper subscription, and live stats will be free on UKathletics.com.

2. Tatum Spangler was just two outs away from a no-hitter before it was broken up in the bottom of the seventh. But it didn’t take away from one of her career-best outings in the circle with 6.0 innings pitched and one walk opposed to six K’s.

The key player in the game was Kayla Kowalik who went 2-for-3 at the plate with two singles, two runs scored and a walk.

The key play in the game was Erin Coffel’s RBI double to the wall in right center to put UK up 4-0 in the top of the third inning.

Mallory Peyton had a sac fly and Renee Abernathy had a two-out RBI double to score two early runs for the Wildcats in the top of the first. UK 2, SU 0

In the top of the third, Coffel played Kowalik on a double and scored herself on a bases-loaded walk. Abernathy then scored on a Stetson error. UK 6, SU 0

13. The win was Kentucky’s 13th on the season, marking the best start in program history.

The key player in the game was Rylea Smith who went 3-for-3 with two runs scored.

The key play in the game was Lauren Johnson gunning down a would-be run-scorer on a first-and-third play to keep the Aggies off the scoreboard in the top of the third inning.

Mallory Peyton roped an RBI double to the left-center gap to score the opening run of the game for UK. UK 1, NMSU 0

In the bottom of the second, the Aggies made an error and walked in a run as Kentucky grabbed a hold of the game to make it 4-0. UK 4, NMSU 0

NMSU got its lone run of the game in the top of the fourth inning on an RBU single. UK 4, NMSU 1