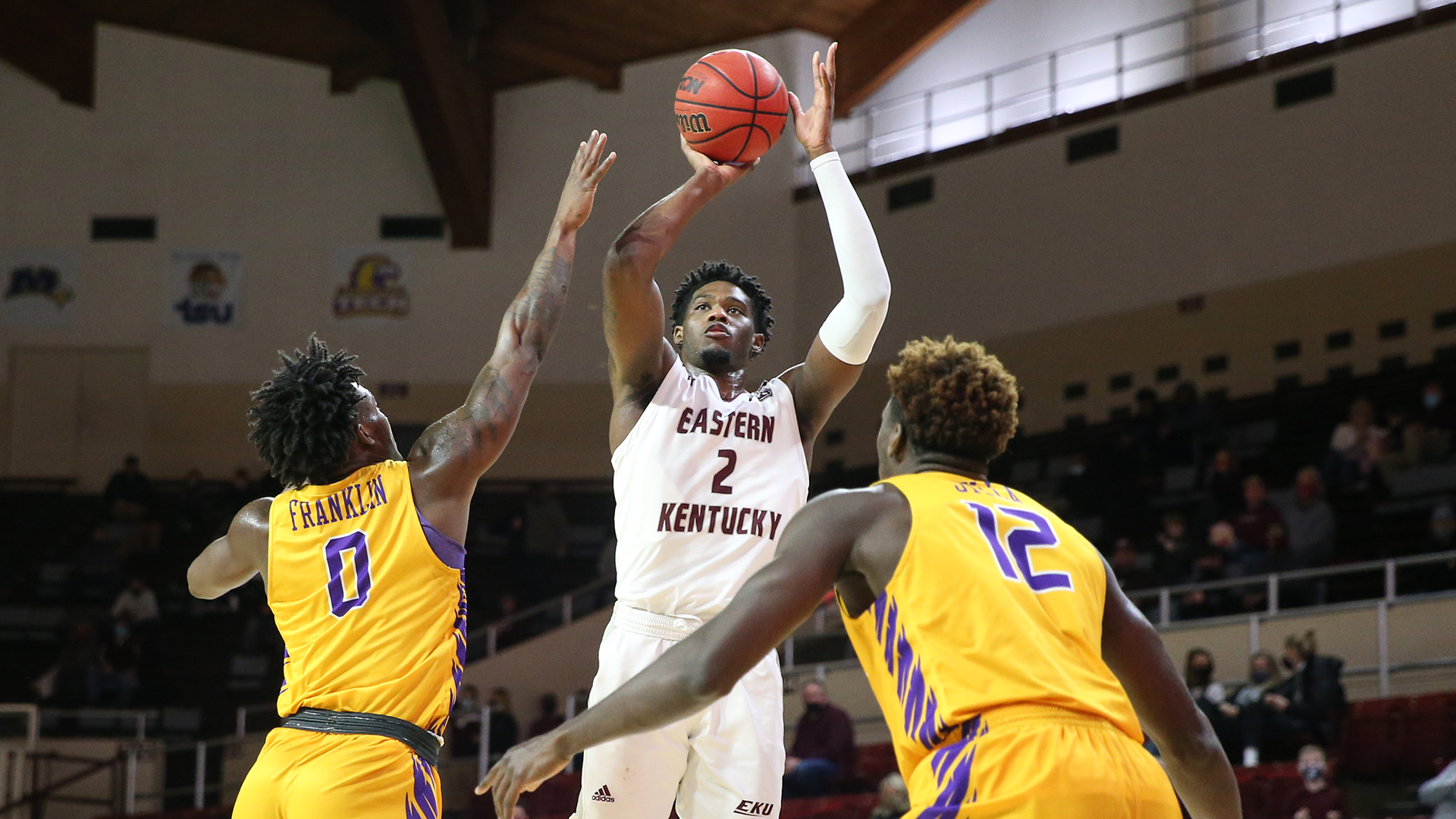 Eastern Kentucky University junior Tre King has been voted the Ohio Valley Conference Co-Player of the Week for the third time this season, the league announced on Monday.

King did a lot of scoring, and a little bit of everything else, in EKU’s 93-85 overtime win at Eastern Illinois on Saturday night. He finished with a game-high 24 points to go along with six rebounds, two assists, two steals and two blocks.

King currently ranks second in the OVC in both scoring (17.6 points-per-game) and rebounding (8.0 rebounds-per-game).

He shared this week’s honor with Belmont guard Ben Sheppard.