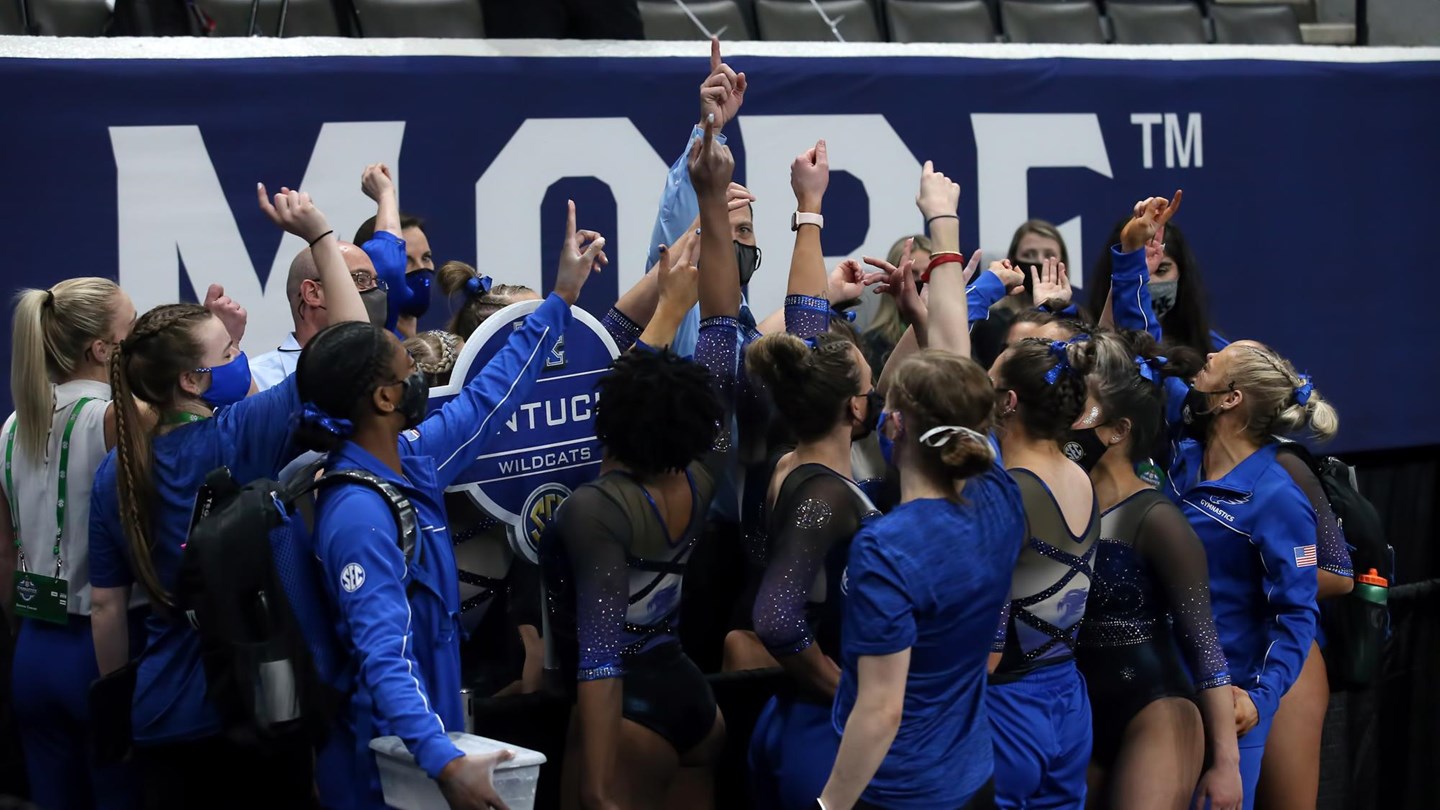 The No. 14 Kentucky Wildcats earned a fourth-place finish at the 2021 Southeastern Conference Championships on Saturday at Von Braun Center, tying the best league finish in program history.

The Cats became the second SEC team ever to place among the top four overall after competing in the competition’s afternoon session.

Kentucky went head-to-head with the Tigers of Auburn and Missouri to kick off the day’s events, as No. 16 Georgia did not compete as originally scheduled due to positive COVID-19 tests and contact tracing within its program.

Sophomore Raena Worley was the best all-around performer in Session I by way of a 39.500 total, which tied for fourth place conference-wide. Worley also led the way on uneven parallel bars in the afternoon, tying for fifth by the end of the night with a career-high-tying 9.900.

Kentucky’s No. 4 finish matched its place in the final regular-season standings determined by win-loss record after entering Saturday with head-to-head wins in dual meets against Auburn, Missouri, LSU and Arkansas.

Head coach Tim Garrison led the Wildcats to the program’s first fourth-place finish at the SEC Championships in 2018.

Having faced only SEC opponents all season, Kentucky will await its next group of opponents ahead of NCAA postseason play. A field of 36 teams will qualify for the 2021 NCAA Championships based on National Qualifying Score, with the top 16 teams seeded by the NCAA Women’s Gymnastics Committee and the remaining teams placed geographically at one of four regional sites.

Included in the championship field are also 12 all-around competitors and 64 individual event specialists, all of whom are not on a qualifying team.

The NCAA Selection Show will stream live on NCAA.com on Monday at 5 p.m. ET.