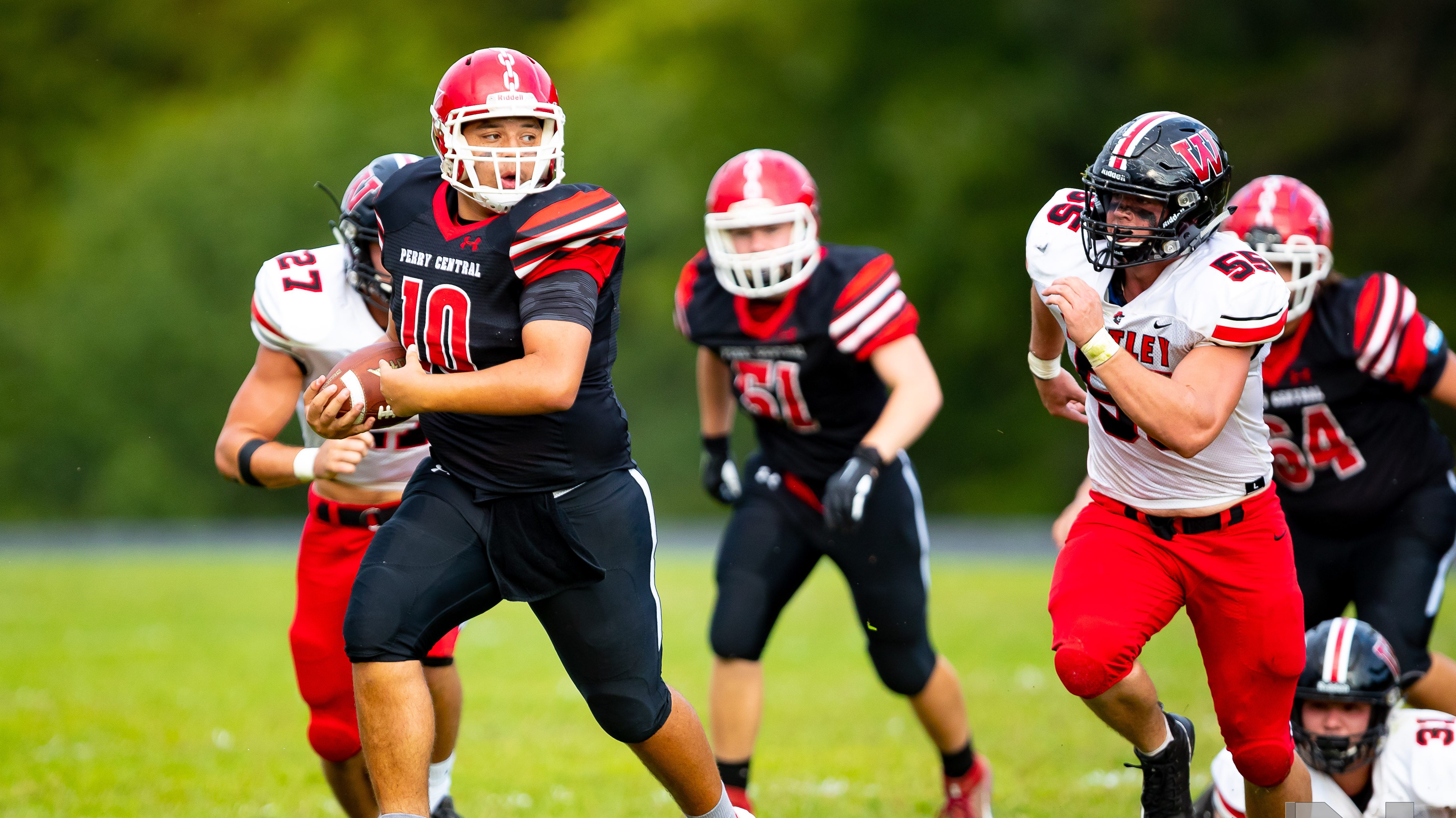 After an 0-2 start, the Perry Central Commodores are aiming to notch their first win of the season this Friday against the Pike Central Hawks. The Commodores hold a two-game win streak over the Hawks, but an improved Pike Central team looks to start a streak of their own.

Commodore Coach Ovie Canady talked candidly to Bluegrass Sports Nation this week about the Commodores’ start to the season and the road ahead.

“We are improving and that is what I will measure it by in the end,” Canady said. “Are we where we need to be? Not by any stretch of the imagination.  Will we be there at the end?  I hope so.”

“We have a lot of seniors with a lot of pride and they know we are in desperate need of hard work and improvement every day. We are getting what we need from them.”

Pike Central is 1-1 on the season. They are looking to rebound after a close loss to the Shelby Valley Wildcats. Through two games, they are averaging just over 200 yards per game on the ground.

“We will have to stop their running game,” Canady said. “They are steady and run block well and stay behind their blocks well.”

Perry Central is 0-2 with losses to Leslie and Whitley County; the latter coming in a near-30 point loss where the Commodores did not score until the final minutes of the contest.

“We moved the ball much better but we didn’t finish last week,” Canady said. “This week we have to finish when we get chances to score. We turned Whitley over a couple of times and didn’t capitalize. We can’t leave scraps on the table like that.”

The table is set for football this Friday night and the Commodores are hungry for a win. Look for exclusive content from the game on bluegrasssportsnation.com and our Facebook page. The game will be broadcast on WYMT’s Heroes & Icons channel as well as streamed on WYMT.com with Bluegrass Sports Nation’s Nathan Lyttle on the call.  Radio listeners can keep up with the action on WSGS 101.1 FM.