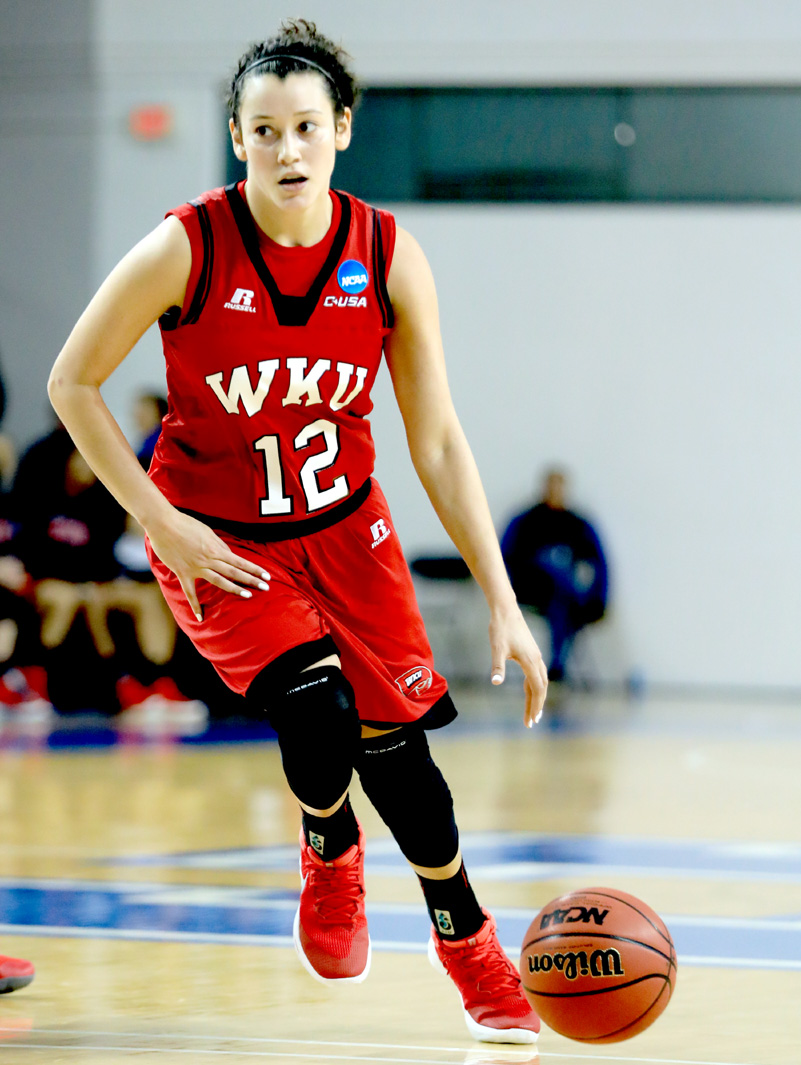 2017 NCAA Division I Women’s Basketball Championship – First Round
Ohio State University vs Western Kentucky University
March 17, 2017 Memorial Coliseum – Lexington, Kentucky
The (27-6) Western Kentucky University Lady Toppers fell to the (26-6) Ohio State Buckeyes in the first round of the NCAA tournament. Through out the game, WKU struggled to beat a
tenacious OSU defense, who pressed the entire game. When the buzzer sounded, OSU defeated WKU the 70-63.
Outsized, but certainly not out-hustled, WKU hoped its game plan of shooting 3-pointers to draw OSU out of the paint would be the key to victory. But the ball simply would not go in the hole, with WKU achieving only 24% of its 3 point shots and just 30 % of its field goals altogether.
Leading the Lady Toppers in scoring, Kendall Noble put in 19 points and pulled down 12 rebounds. Kevin Goodwin-Rogers helped keep WKU close by putting in another 10 points and hauling in 9 ebounds.
OSU’s Kelsey Mitchell and Asia Doss both put in 15 points for
the Lady Buckeyes. Doss also racked up 15 rebounds to keep OSU in possession of the ball for all but six minutes of the game.
Despite fouling out late in the 4th Quarter, Tori McCoy contributed another 12 points toward Ohio State’s win.
Up next for Ohio State is the University of Kentucky’s Lady Cats in Round 2 of the NCAA Tournament on Sunday, March 19, 2017.
Related Topics