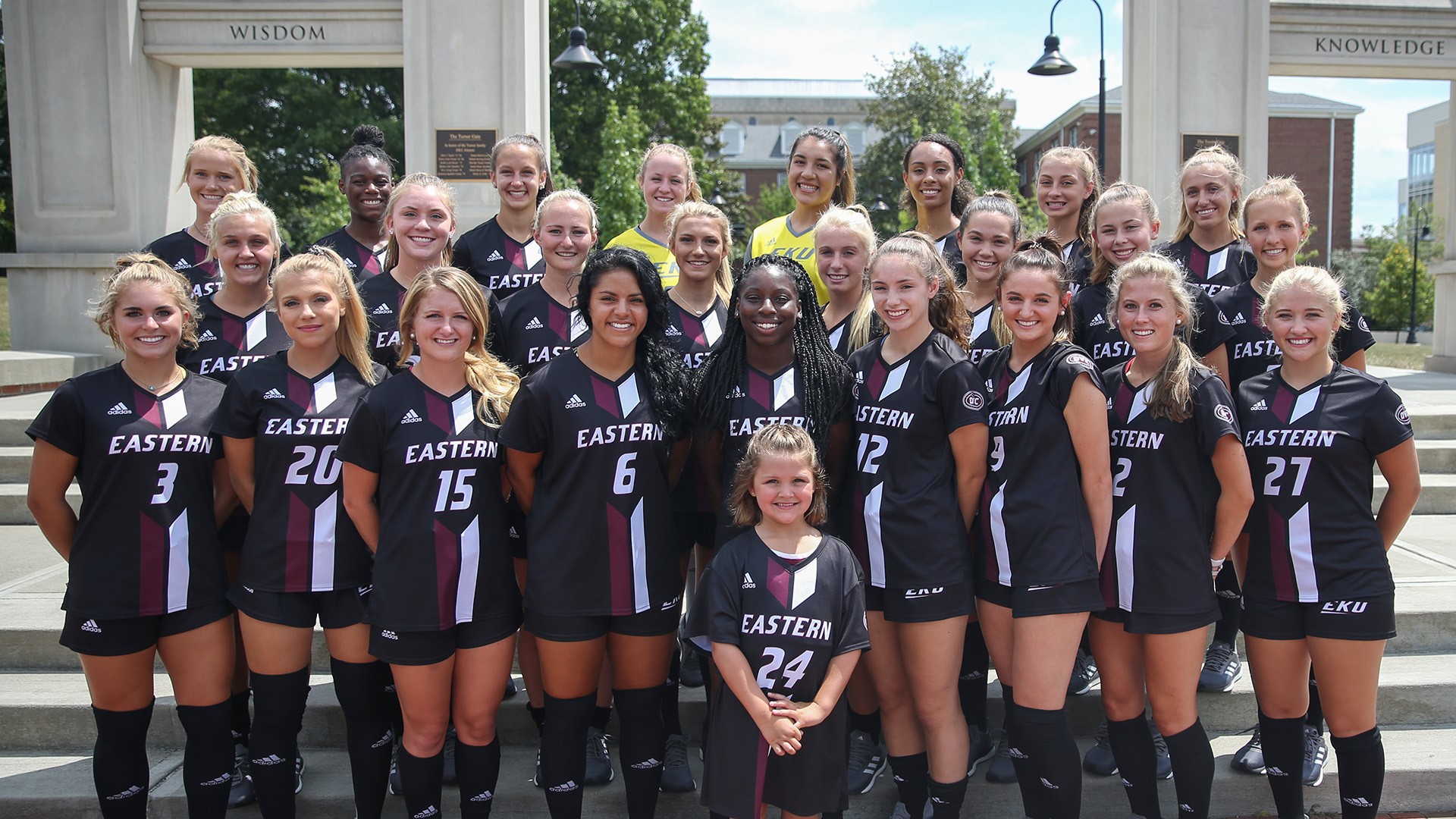 RICHMOND, Ky. – August 22, 2019 – The Eastern Kentucky University soccer team will kick off the 2019-20 athletics season on Thursday when the Colonels travel to Athens, Ohio to take on Ohio University.

First touch is scheduled for 4 p.m.

EKU has now advanced to the Ohio Valley Conference semifinals three straight years, including consecutive trips to the title game in 2016 and 2017.

Matt Cosinuke was hired as head coach of the program in January, and he will look to lead the Colonels out of the conference and to the NCAA Tournament for the first time ever.

Cosinuke returns a solid core of experienced players; however, those returners are learning a new system – a pressing style of play that requires high levels of fitness, mobility, athleticism, toughness, commitment and confidence.

“Any time we play somebody, we want them to remember us as a team that played through the entirety of the 90 minutes with the same intensity which we began the game,” Cosinuke said. “I think that commitment to going the distance, to putting a team through ’90 Minutes of Hell’ is something that we want to be ingrained into our identity and culture.”

When Cosinuke talks about putting teams through ‘90 Minutes of Hell’ he envisions high pressure all over the field – “being relentless to play against and very difficult to play through.”

He knows, however, that such a style doesn’t just happen overnight.

“It’s going to be a multi-year process to teach a new way of thinking about concepts, a new way of executing concepts and a new way of making decisions,” Cosinuke said. “It’s definitely not going to happen overnight or even in the process of a month. I think it’s going to take a whole season for us to figure out who we are and learn how we want to play the game.”

“This team is a family,” Cosinuke added. “Part of the process of learning how to be a family is defining our habits, figuring out how to have hard conversations, working through conflicts and, ultimately, being more invested in the person to the left and to the right of you than you are in yourself.”

Below is a position-by-position look at the 2019 Colonels.

EKU returns solid depth on defense – a unit that recorded six shutouts in 2018, four of which came against conference opponents.

Junior Katie Shaffer started all 20 games on the backline last season and rarely left the field – playing a team-best 1,836 minutes.

“Top to bottom, we feel confident in all of the players we project to contribute in our defensive lineup this season,” Cosinuke said. “I think everyone brings a unique skillset. The challenge is going to be finding the partnerships and the personalities that mesh best together.”

The Colonels are also deep in the middle of the field, where reliable seniors Marian Wolski and Monica Rios will anchor the team.

Junior Alyssa Julien played in 16 games as a defensive midfielder last fall and was in on the game-winning assist to Kylie Thompson in the victory over Kentucky. Fellow junior Taran McMillan, meanwhile, appeared in all 20 games a season ago and is poised for an even bigger role this season.

Sophomore Michaela Iacono and freshmen Ali Kirk, MJ Anest and Abigail Proctor could also see minutes in the midfield in 2019.

“Any time you have experience, leadership at talent in the midfield, you’re going to be in a good place,” Cosinuke said. “For us, it’s about managing health and time and workload and how they’re feeling on a given day to get the most of out of them. I think emotionally and from a leadership standpoint, our midfielders can carry the team through large stretches of games.”

Eastern will have the daunting task of replacing Erin Torrence, who had one of the best offensive seasons in EKU history last fall (nine goals, four assists); however, Cosinuke believes there are many players on the roster who could step up.

“I think we have a number of players who are capable of scoring multiple goals in a season. I think it’s about highlight them in ways that they complement each other,” he said. “Some of our most dynamic and exciting players are forwards.”

Junior Kylie Thompson and redshirt sophomore Sarah Owusu have both flashed the ability to be high-level goal scorers. Thompson tallied three goals and two assists last season, including the game-winner to beat Kentucky. Owusu was voted to the OVC All-Newcomer Team despite only playing in 15 games due to a season-ending injury. She had five goals and two assists before going down.

Freshmen Maddy Lemery, Audrey Anderson and Sidney Kemp could also be called upon as the year progresses.

Aguirre started 17 games last season as a freshman and ranked second in the OVC with six shutouts. She was voted to the OVC All-Newcomer Team at the end of the regular season. After blanking SIUE in the OVC quarterfinals and making a season-high 13 saves vs. No. 1 seed UT Martin in the semifinals, she was voted to the OVC All-Tournament Team, as well.

Clark started EKU’s season opener at Cincinnati last season and made seven saves in the Colonels’ near upset of the Bearcats.

“Coming into this family, I feel very lucky to have goalkeepers on the roster who have experience on the field, and have been through pressure-filled moments,” Cosinuke said. “Because of that, I think we’re in a great spot with our goalkeepers heading into the season.”