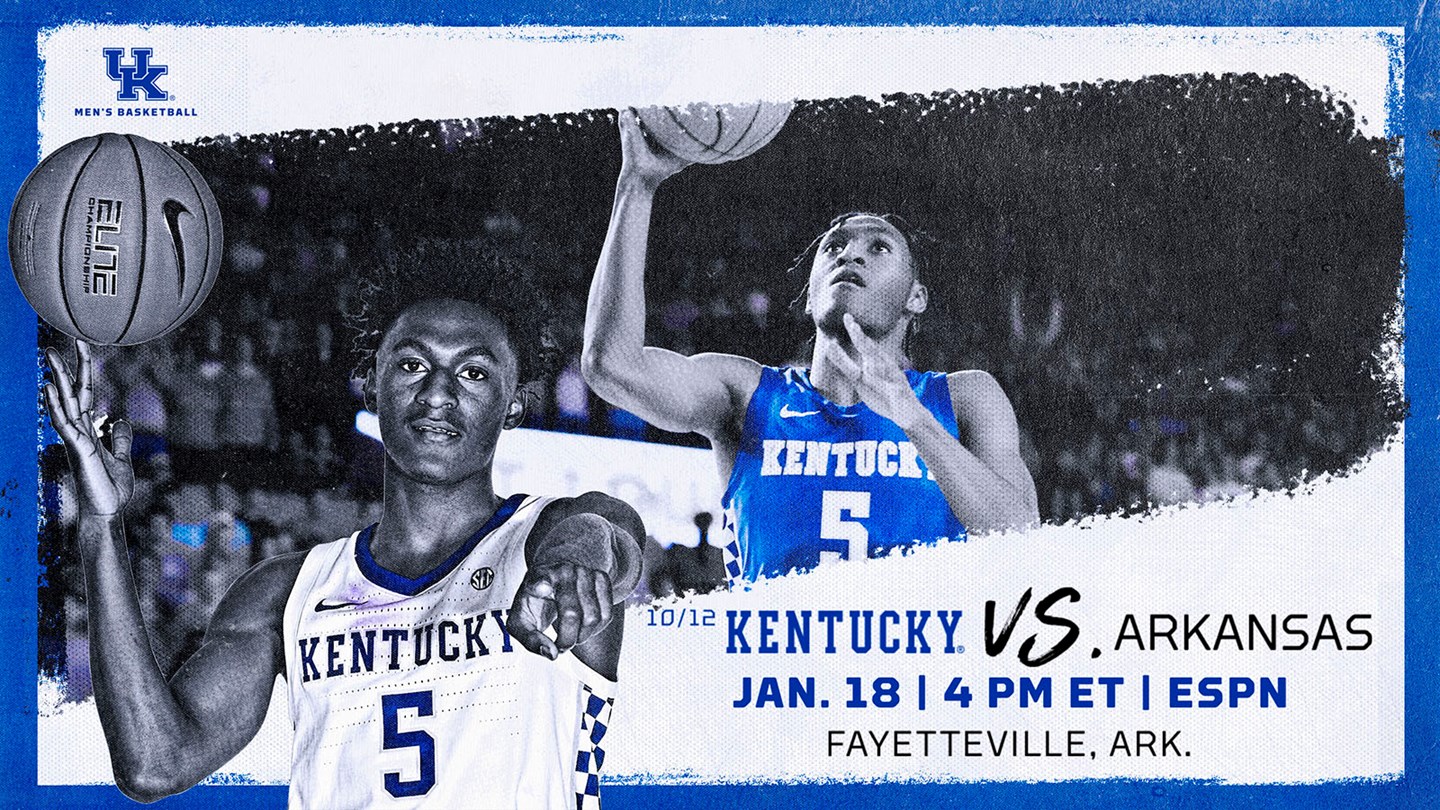 If you thought that meant Coach Cal was brushing the defeat aside, think again.

The Wildcats hadn’t even landed in Lexington before Calipari summoned his team to share more detailed – and direct, one would imagine – thoughts.

“After I watched the tape on the plane,” Calipari said, “then I called them up to the front of the plane and then I had a few things to say because it was one team clearing space and the other team buckling under.”

As Calipari has been known to say, stats indict and tape convicts. That was once again proven true, as the box score showed UK gave up 20 offensive rebounds and film review showed why.

“One team clears space on both ends, shot goes up, three guys run and on the other end get hit and kind of crumble,” Calipari said. “It’s good for them to see it. Our pick-and-roll defense, again, because you cannot become confident defensively if you’re getting thrown around. You can’t get a rebound and you’re absolutely getting man handled. You’re not going to be confident defensively.”

It’s a message Calipari couldn’t afford to wait to deliver, as the No. 10/12 Wildcats (12-4, 3-1 Southeastern Conference) are set for another tough road trip this weekend. This one is to Fayetteville, Arkansas, where UK will take on Arkansas (14-2. 3-1 SEC) at 4 p.m. on Saturday.

“The team that we’re playing, Arkansas, you know they play really hard,” Calipari said, “they play rough, they’re not big but it doesn’t seem to hurt them on either end of the court and they have specific roles of what guys are going to do and what kinds of shots they’re going to take, and they do it.”

The Razorbacks have taken a massive step forward in Eric Musselman’s first season after coming from Nevada, and the fact that players understand and embrace their roles is a big part of that. As it happens, it’s also a big part of what Calipari is challenging his team to do.

“I had individual meetings yesterday and I asked each guy, ‘Am I asking you to do something you can’t do?’ ” Calipari said. ” ‘Can you do this or can’t you do it? Meaning you’re not capable of putting your body on somebody else. Just tell me.’ We went through some of that with each guy individually.”

Arkansas presents a unique challenge, playing lineups that, more often than not, feature no player taller than 6-foot-6. The Razorbacks, as you would expect of a relatively small team, shoot lots of 3s and protect the ball well. Arkansas also has the nation’s 12th-ranked offense in adjusted efficiency according to kenpom.com because of how well they defend the 3 (22.8% on the season) and force turnovers (17.6 per game).

“They’re well coached,” Keion Brooks Jr. said. “Obviously you see that. They really like to get out in transition. They play a lot of positionless players, a lot of players on the court for them that do multiple things. You just gotta take away their strength and try to beat them inside and run with them on offense and defense.”

The Razorbacks – 10-0 at Bud Walton Arena this season – do not, however, excel on the glass. They have been outrebounded on the season by an average margin of 4.3 per game and rank 341st nationally in offensive rebounding percentage. That might sound like a welcome respite for a Kentucky team that has given up 36 combined offensive rebounds in its last two games, but it also means a test is ahead.

To pick up a big win this weekend, Kentucky will need to capitalize on its biggest on-paper advantage over Arkansas: size. To do that, the Cats will have no choice but to take a step forward in physicality.

“It’s been a big focus,” Brooks said. “We pride ourselves on defense and being physical and these last two games we’ve kind of slipped in that area. We just gotta take a better approach of hitting a man first, not shying away from contact and at the point of attack being aggressive and going and getting the rebound.”

Saturday is an opportunity to do exactly that.

“We just have a team that’s young, but we still need to figure it out,” Brooks said. “Us being young and us having a lot of freshmen can’t be an excuse anymore. We’re starting to get into conference play. We gotta really start to figure things out and Coach has been doing a great job of making sure he’s demanding a lot from us so that we’ll go out and be better.”

COLUMBIA, S.C. – Freshman Jermaine Couisnard hit a 3-pointer as the buzzer sounded and South Carolina rallied from 14 points down in the second half to stun No. 10/12 Kentucky 81-78 on Wednesday night.

Couisnard had a career-high 26 points, including his game-winner that banked in for the Gamecocks (9-7, 1-2 Southeastern Conference). When it went through the net, Couisnard and his teammates ran around the court in celebration as the fans erupted in cheers.

Moments earlier, Immanuel Quickley hit a shot with 4.1 seconds to go that tied things at 78. Quickley led Kentucky (12-4, 3-1) with 20 points, including the Wildcats’ final seven points in the closing minute after UK had fallen behind by six.

Kentucky led by 14 less than five minutes into the second half and was still up 54-41 on EJ Montgomery’s two foul shots with 11:41 left. That’s when Justin Minaya started a 27-14 run over the next seven minutes that ended with Couisnard’s basket off the glass to tie things at 68-all.

After Ashton Hagans put Kentucky up again with two foul shots, Minaya answered with a 3-pointer that sent the crowd into pandemonium. Minaya added two more baskets between a drive by A.J. Lawson and South Carolina was ahead 76-71 with 1:46 to go. Kentucky tied it a final time on Quickley’s jumper after Lawson missed two foul shots with a chance to seal the game.

Of note …
• Despite a red-shot second half from South Carolina (20 of 36 field goals), Kentucky still held the Gamecocks to 39.7% shooting. UK fell 195- 18 in the Calipari era and 8-2 this season when keeping the opponent to less than 40%
• UK shot 43.6% from the field and dropped to 11-1 this season when outshooting the opponent
• Kentucky led by as many as 14 points but lost for the first time this season when leading by double digits. UK is now 272-7 under Calipari when leading by at least 10 points at any time in the contest
• The Wildcats gave up 20 offensive boards to South Carolina. Coupled with 15 turnovers, the Gamecocks took 18 more shots than UK
• It’s the second straight game Kentucky has given up 15 or more offensive rebounds and the third time in the last five games (vs. Louisville). Kentucky hadn’t given up more than 14 offensive rebounds in any game prior to this recent five-game stretch
• South Carolina’s offensive boards led to 16 second-chance points for the Gamecocks
• South Carolina also outscored UK 19-9 in points off turnovers
• Nick Richards had 15 points and seven rebounds. It marked the first loss in 12 games UK has lost when he’s scored in double digits
• Hagans extended his streak of games with five or more assists to 13 games with seven assists
• Tyrese Maxey had 13 points and has scored in double figures in six of the last seven games

Kentucky doesn’t lose very often during the John Calipari era, but when the Wildcats do, they almost always bounce back and its extremely rare for the Wildcats to drop more than one in a row. UK is 52-13 under Calipari following a loss (record does not count end-of-season losses).

Kentucky’s back-to-back losses to Utah and Ohio State marked just the 13th time the Cats have lost consecutive games during the Calipari era and the most recent since dropping four in a row from Feb. 3-14, 2018. That stretch was the first four-game losing streak under Calipari and the only time Kentucky has lost more than two games in a row under Calipari.

Previously, the last time UK lost four games in a row was in February 2009, when the Wildcats dropped four straight games to end the regular season. It was the first time Calipari had lost four straight since the end of the 2004-05 season at Memphis.

Despite winning four in a row before a heartbreaking loss to South Carolina, a noticeable trend was brewing that finally nipped the Wildcats. Kentucky has given up 15 or more offensive rebounds in three of the last five games, leading opponents to average 9.8 more shots than UK.

Over the last two games, UK has given up 16 (vs. Alabama) and 20 (at South Carolina) offensive rebounds, respectively. That’s resulted in 17 second-chance points for the Crimson Tide and 16 for the Gamecocks. Prior to the last two games, Kentucky had only given up 15 or more offensive rebounds once this season (vs. Louisville) and had not allowed more than 14 second-chance points in any other game.