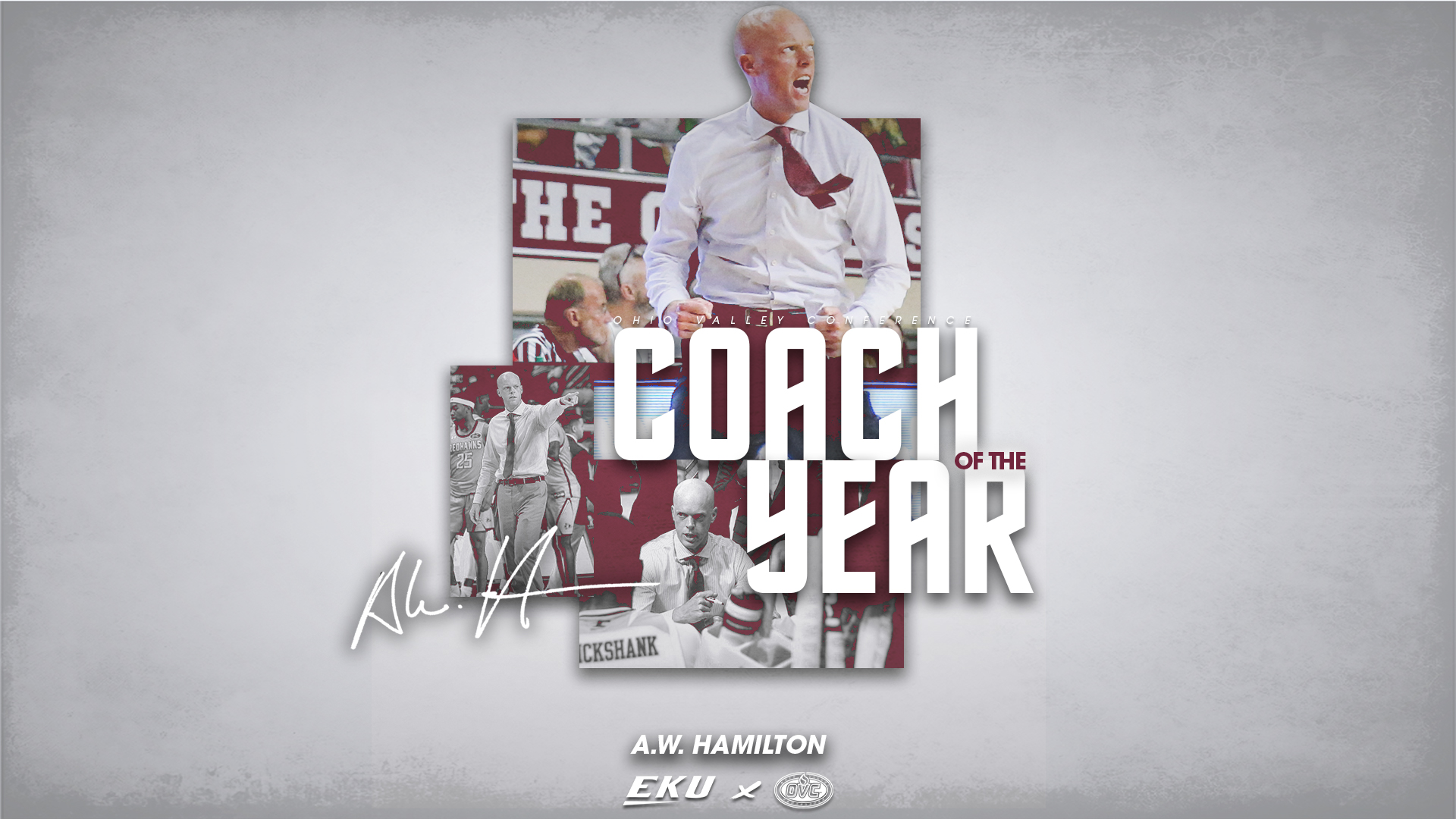 Hamilton is the first EKU coach to win the award since Max Good in 1986-87.

In his second season in Richmond, Hamilton led Eastern to an impressive turnaround. After going 6-12 in the OVC in 2018-19, the Colonels went 12-6 this year, earning a No. 4 seed and first-round bye in the upcoming OVC Tournament.

Following a tough non-conference slate, Hamilton rallied EKU to a 9-2 conference start. It was the Colonels’ best OVC start in 41 years.

Hamilton has installed a fast-paced offense and pressure defense that saw the Colonels rank fifth nationally in forced turnovers (18.23/game), ninth in steals (9.2/game) and 12th in turnover margin (+4.2/game) during the regular season.

The Colonels open OVC Tournament play versus the winner of No. 5 Tennessee State / No. 8 Morehead State in the quarterfinals on Thursday, March 5, at 7:30 p.m. ET. The game will stream live on ESPN+.