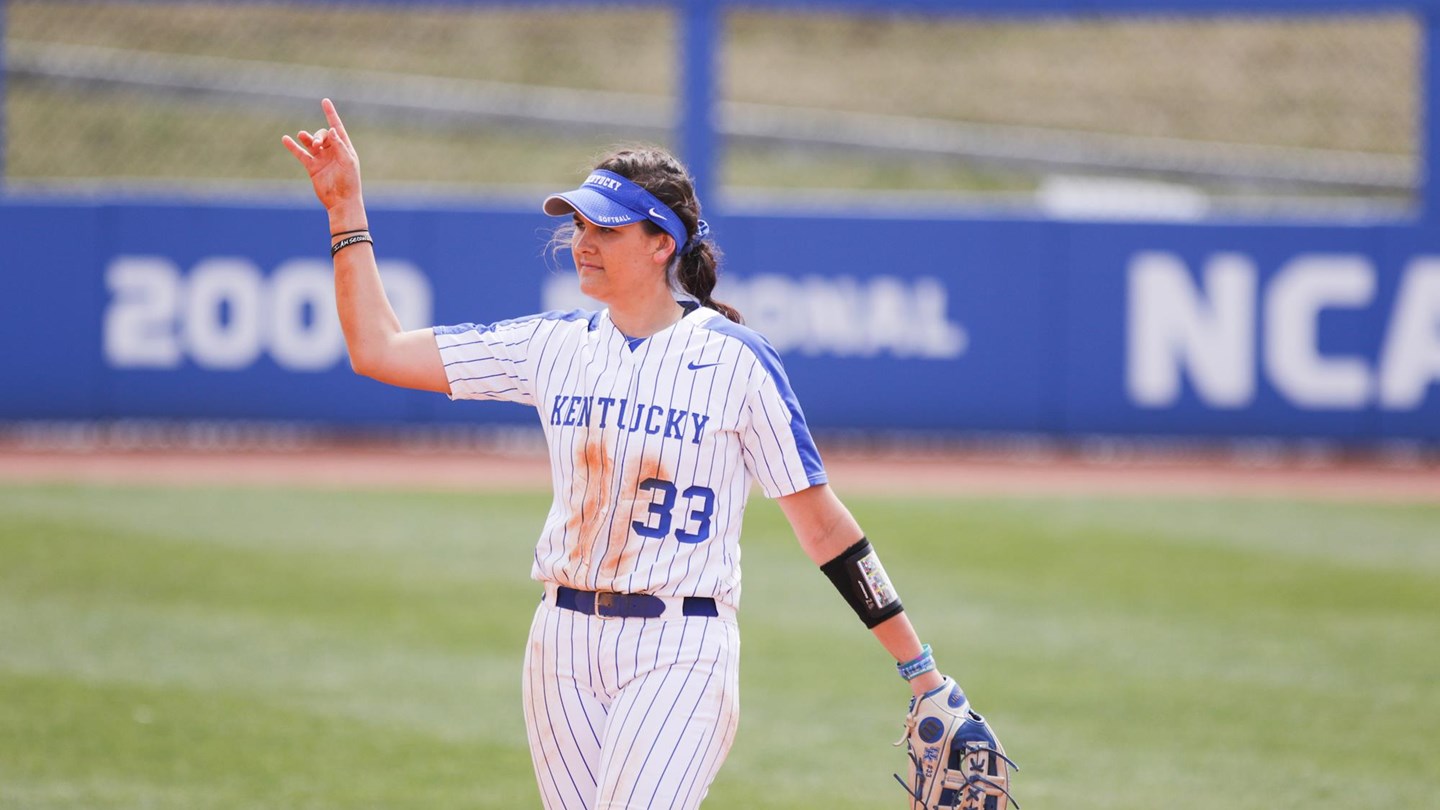 Before the Kentucky Softball team’s season was abruptly halted and ultimately ended by the COVID-19 virus, senior Alex Martens was making the most out of her senior season. Because of her torrid start to the year, Softball America named her the No. 3 best player in the country, as the final Softball America Player Rankings were released by the organization.

Martens was called “the best hitter in college softball in 2020, and it truly wasn’t close” according to the player profile, and she had the numbers to back it up.

The McHenry, Illinois, native hit .507 on the season with nine home runs and 47 RBI through the team’s opening 24 games, as she put herself on pace to obliterate just about every major Kentucky single-season record. Her 47 RBI led the country and were an implausible 11 more than anyone in the country.

UCLA pitcher Megan Faraimo and Texas dual threat Miranda Elish were the No. 1 and No. 2 nationally-ranked players in the country ahead of Martens.

In addition to being the No. 3 nationally-ranked player, Martens topped the 2020 SA Southeastern Conference player rankings, as she and teammate Bailey Vick went 1-2 in that rankings. Vick, a senior from Paducah, Kentucky, hit .571 on the season, scoring 33 runs and achieving a .630 on-base percentage. She also plated two or more runs in 10 games this season to lead all players in the country.

The end of the 2020 season was called off by the SEC office last week.