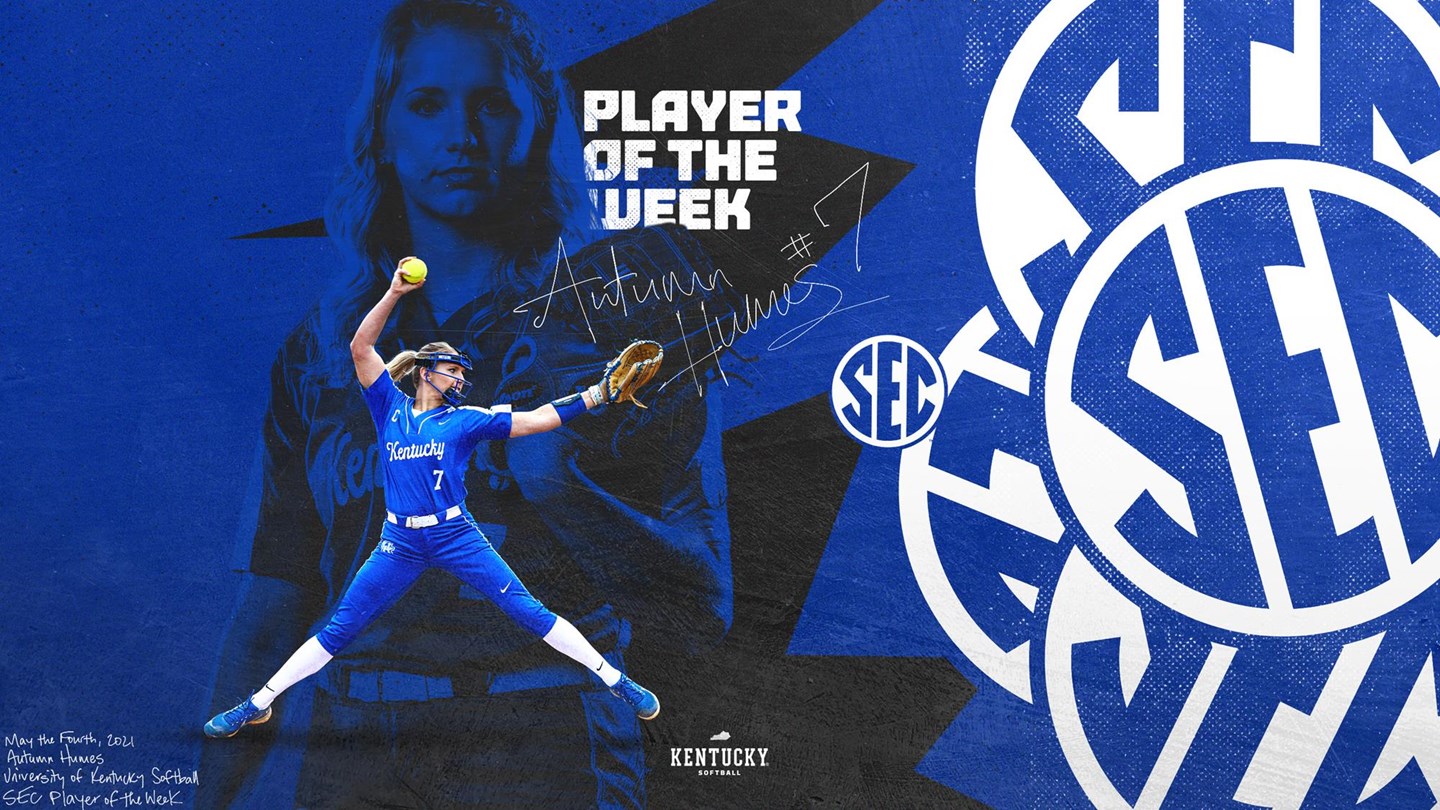 Kentucky Softball senior pitcher Autumn Humes was named the Southeastern Conference’s Player of the Week and freshman shortstop Erin Coffel was named the SEC’s Freshman of the Week, the league announced Tuesday afternoon.

Humes was UK’s leading hitter on the weekend with a .500 average, and three extra-base hits at the plate. The Bald Knob, Arkansas native had a double, her first-career triple and a home run in the series. Humes also scored in the first and third games of the series, with an RBI in both of the first two games of the weekend series. Additionally, in the circle, she won all three games for Kentucky with a 0.89 ERA in 15.2 innings of work and 20 strikeouts on the weekend.

Coffel was one of the main reason’s UK won Saturday’s game, as her lead-off double in the top of the eighth inning led Kentucky to an extra-innings win on Saturday afternoon to secure the series win over Texas A&M. She went 2-for-3 on Sunday with an RBI, her 50th on the season, to lead all Kentucky players and extend her freshman record at Kentucky in RBI. This is Coffel’s second SEC Freshman of the Week award of the season.

Kentucky will return home to John Cropp Stadium for its final series of the season on Friday, Saturday and Sunday against the South Carolina Gamecocks. All three games have tickets available through the UK Athletics Ticket Office and all three games will be broadcasted live on the SEC Network+, ESPN3 and the ESPN app.