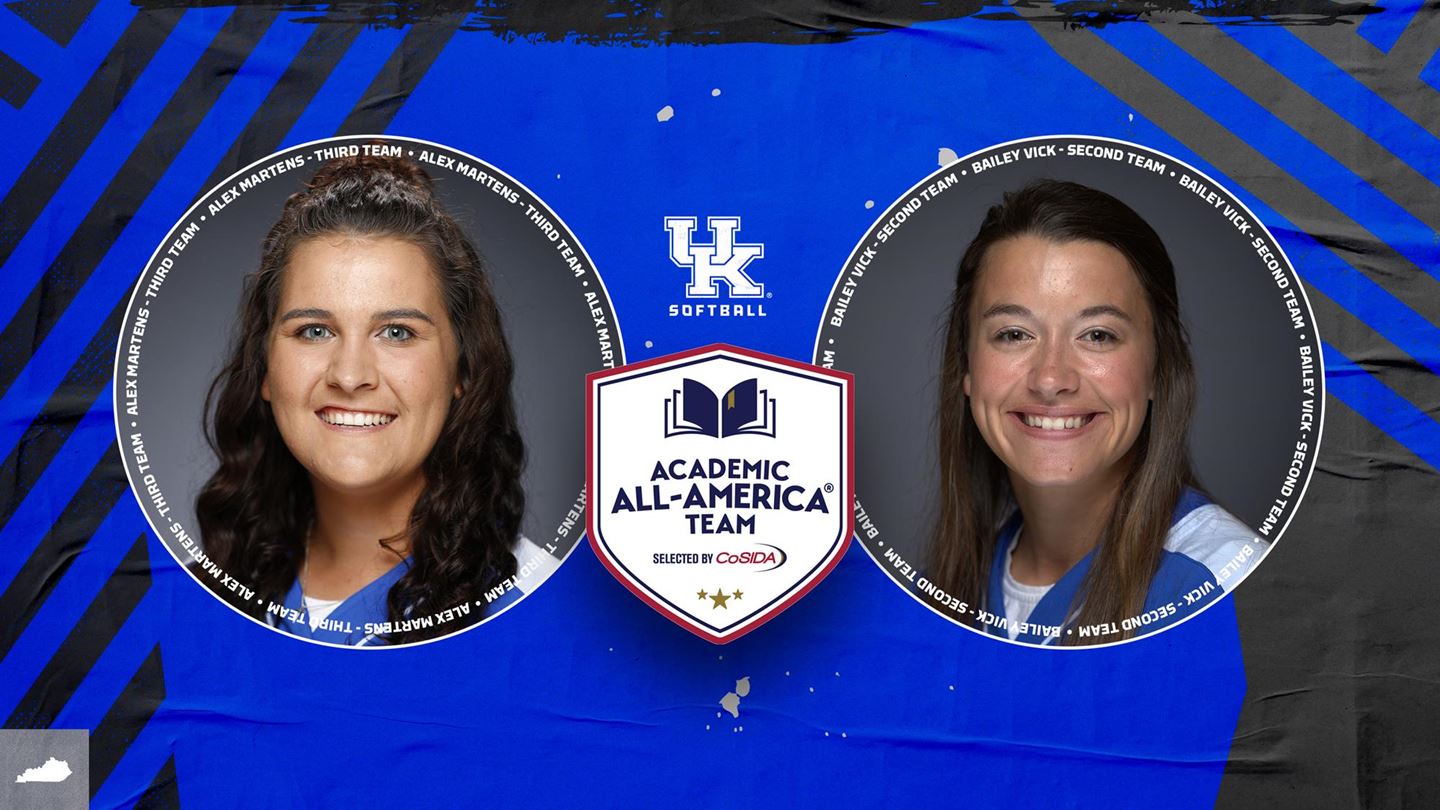 Vick earned second-team honors, with Martens being voted to the third team.

Vick finished the season with the second-highest batting average in NCAA softball, at .556 with career-best numbers across the board. She announced last month that she would be ending her softball career after having already accepted a job in her professional finance career. She was named the Southeastern Conference’s Scholar Athlete of the Year by the league coaches last month.

Martens led the NCAA with 47 runs batted in during her senior season, where she hit a career-high .507 along with 28 runs scored and nine home runs. During her career, she became heavily involved with FCA, and was National Fastpitch Coaches’ Association All-Region in 2019. She ends her UK career with three NCAA Super Regional appearances and a second-place finish in the 2019 Southeastern Conference – tying the 2016 mark for the best in program history.