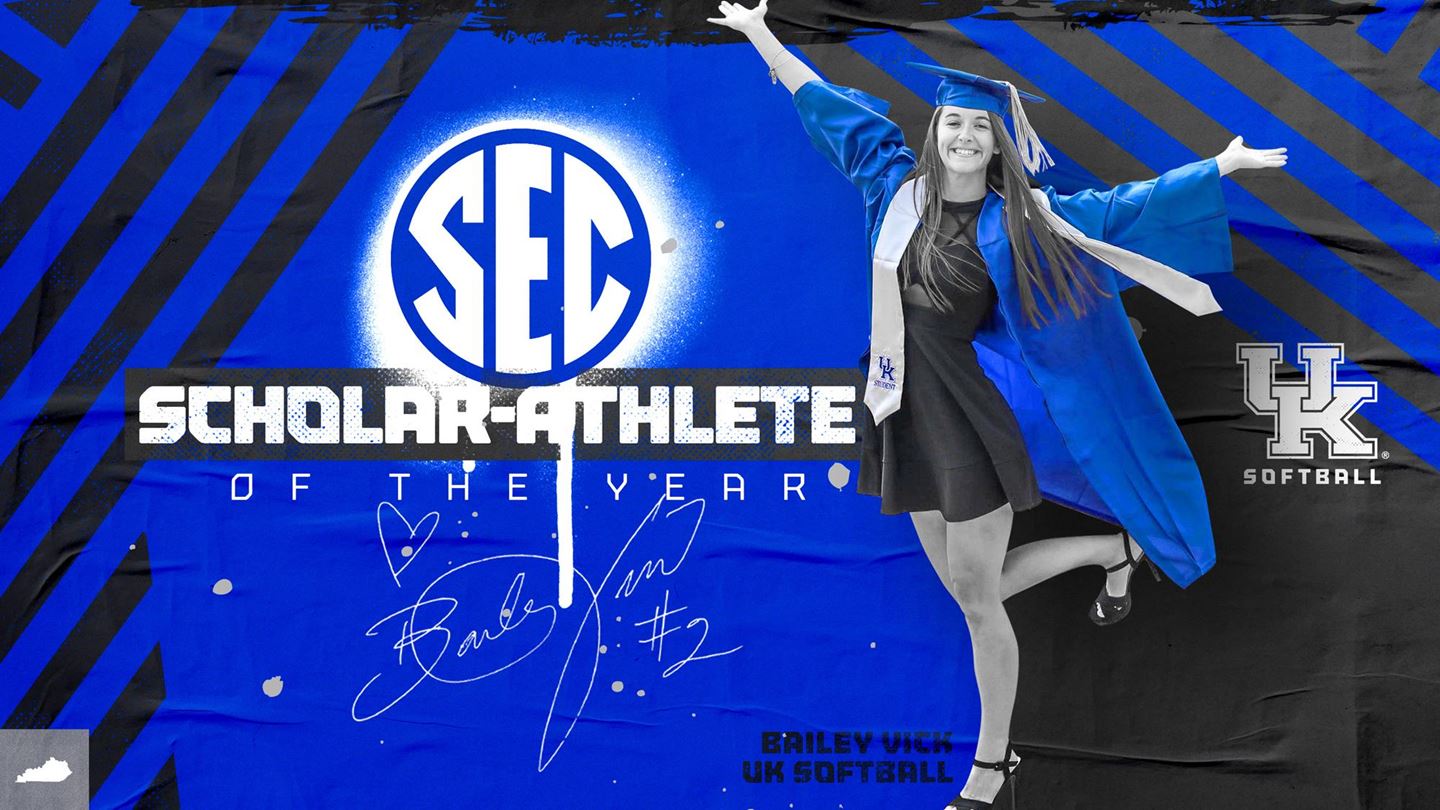 This marks the third-straight season that Kentucky has won the SEC Scholar-Athlete of the Year Award, as shortstop Katie Reed won the award in back-to-back seasons for 2018 and 2019. Vick is Kentucky third different winner of the prize, with Meagan Aull winning back in 2011.

Vick finished the season with the second-highest batting average in NCAA softball, at .556 with career-best numbers across the board. She announced earlier this month that she would be ending her softball career after having already accepted a job in her professional finance career.

The senior from Paducah, Kentucky earned her degree two weeks ago in Accounting with a 3.9 grade point average from one of the best business colleges in the country.

The SEC Scholar-Athlete of the Year is the only postseason award that the league office will be handing out in 2020 due to the COVID-19 situation prematurely cutting the season short. The 13 league coaches voted on the winner. The league office will also be naming the SEC Community Service Team on a later date.