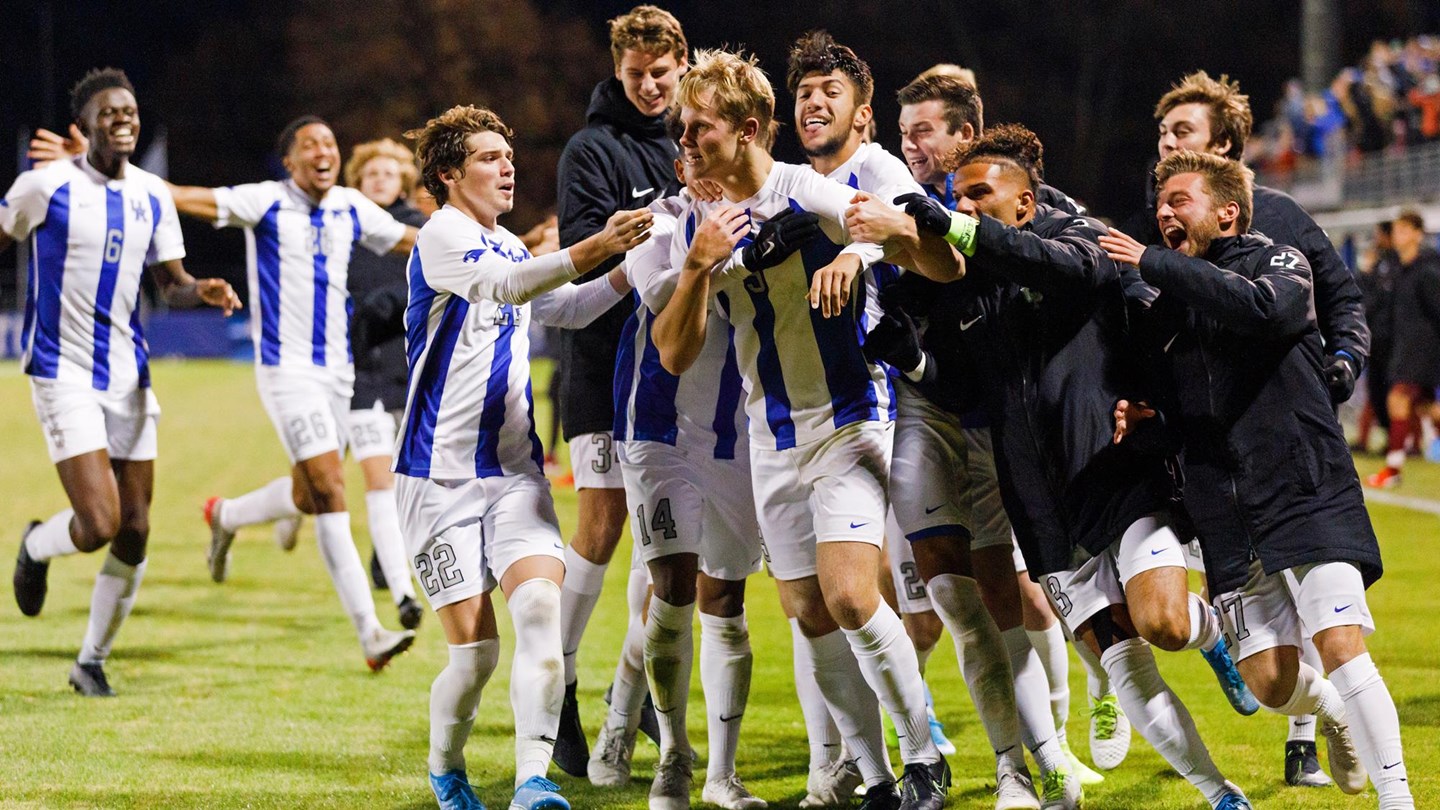 Eythor Bjorgolfsson extended Kentucky’s postseason with the fourth game-winning goal of his freshman campaign, as well as the second such goal to occur in double overtime. After watching the first 10-minute extra period from the bench, Bjorgolfsson needed only 56 seconds of the second overtime to secure the golden goal.

Sophomore right back Robert Screen dribbled the ball up the far sideline and delivered a cross past two defenders, allowing an unmarked Bjorgolfsson to connect on the diving header and finish the ball in the back of the net.

“I just needed a cross,” Bjorgolfsson said of the match’s final sequence. “I felt confident that I would head it in.”

Kentucky completed the first half on the wrong end of a 1-0 deficit, failing to attempt a shot in the opening half for the first time all season. The Cats trailed for nearly 46 minutes on the scoreboard until Loyola Chicago midfielder Justin Sukow fouled UK midfielder Marcel Meinzer inside the Ramblers’ penalty box in the 82nd minute, setting up the first subsequent penalty kick of sophomore Jason Reyes’ career.

Reyes, in his first start since his team’s 1-0 win at ETSU on Oct. 5, became the fifth Kentucky player to score a penalty kick this season. The equalizer sparked the Cats’ third come-from-behind win of the year.

Despite no first-half attempts, Kentucky ultimately outshot Loyola Chicago 12-6 overall and 7-1 on goal.

Sunday’s meeting with Indiana marks a rematch between the Cats and Hoosiers in Bloomington, Indiana, where the sides played to a scoreless draw on Oct. 9. Indiana’s last outing resulted in the program’s 14th Big Ten Tournament crown after winning a 4-3 penalty kick shootout in a 0-0 tie with Michigan on Nov. 17.