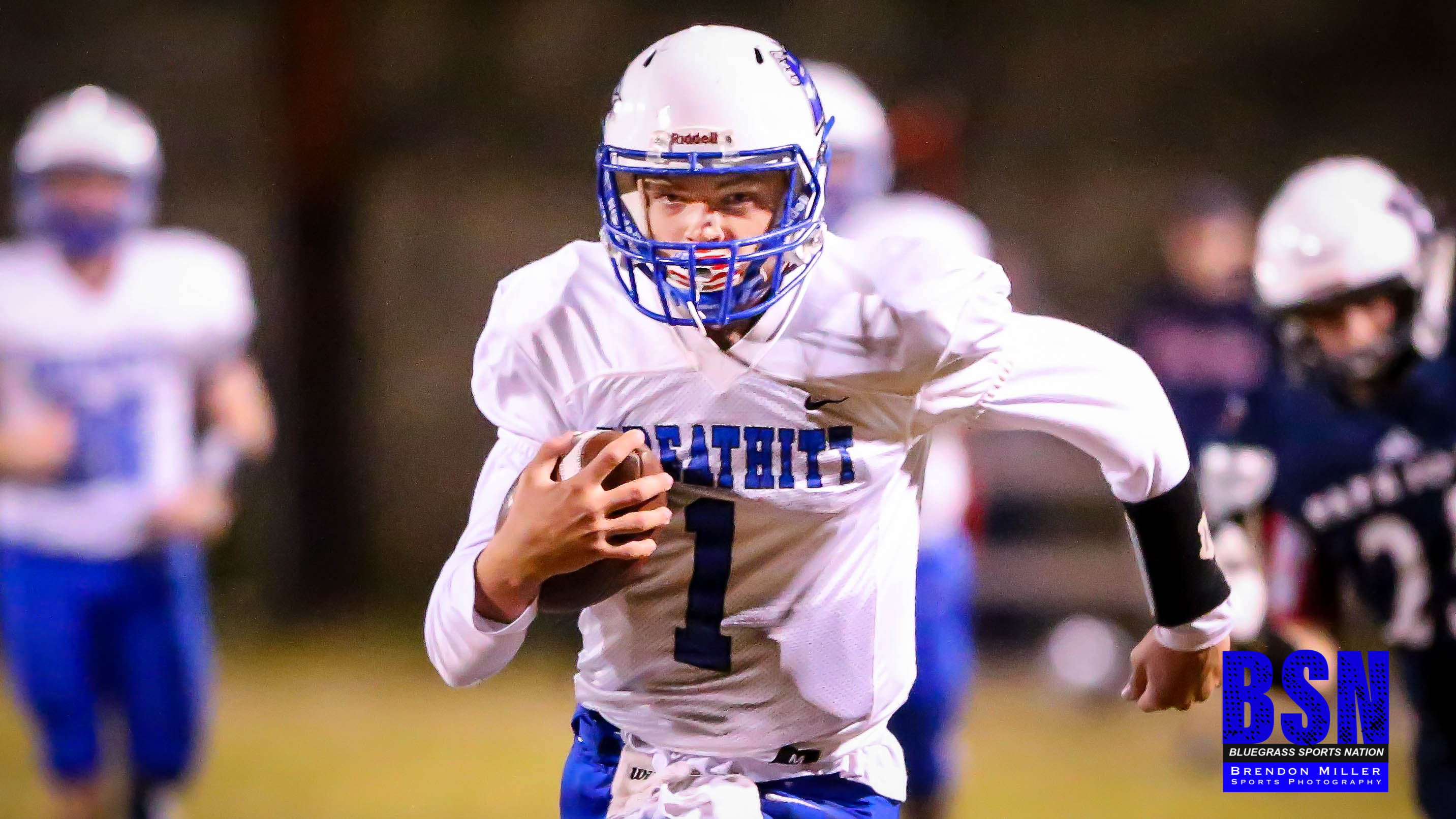 This one was decided early, as has been the norm for the Bobcats this season. Dalton Manns scored on the first Breathitt play from scrimmage from 18 yards out and the Bobcats were on their way to their 8th victory of the season.

The varsity defense again threw a shut out. The only points scored by the Patriots were on a safety by the Breathitt JV offense and a score against the JV Defense on the last play of the game. The Clock began running with 7:23 to go in the 2nd quarter.

Scoring Summary ( Thanks to Stephen Neace of WJSN for the stats)

The Bobcats only gave up 147 yards in the game and had four interceptions by Weddle, Ethan Gibson, Slaughter, and Ritchie. William Long should have had a fumble return for a touchdown, after stripping the Patriot ball carrier of the ball, but the return was negated by an inadvertent whistle.

This was likely a 1st round Playoff Matchup for November 8th, which will be in Jackson.

You can go back and watch the entire game as it was streamed live on BSN at the following link: https://bluegrasssportsnation.com/breathitt-county-knott-central-webcast-10-18-19/

The Bobcats will stay in District next Friday Night as Leslie County visits the River Bank on BHS Homecoming night with kick set for 7:30!

You can always watch the Bobcats LIVE on BSN as we webcast each game on the BSN Facebook Page!!!!!