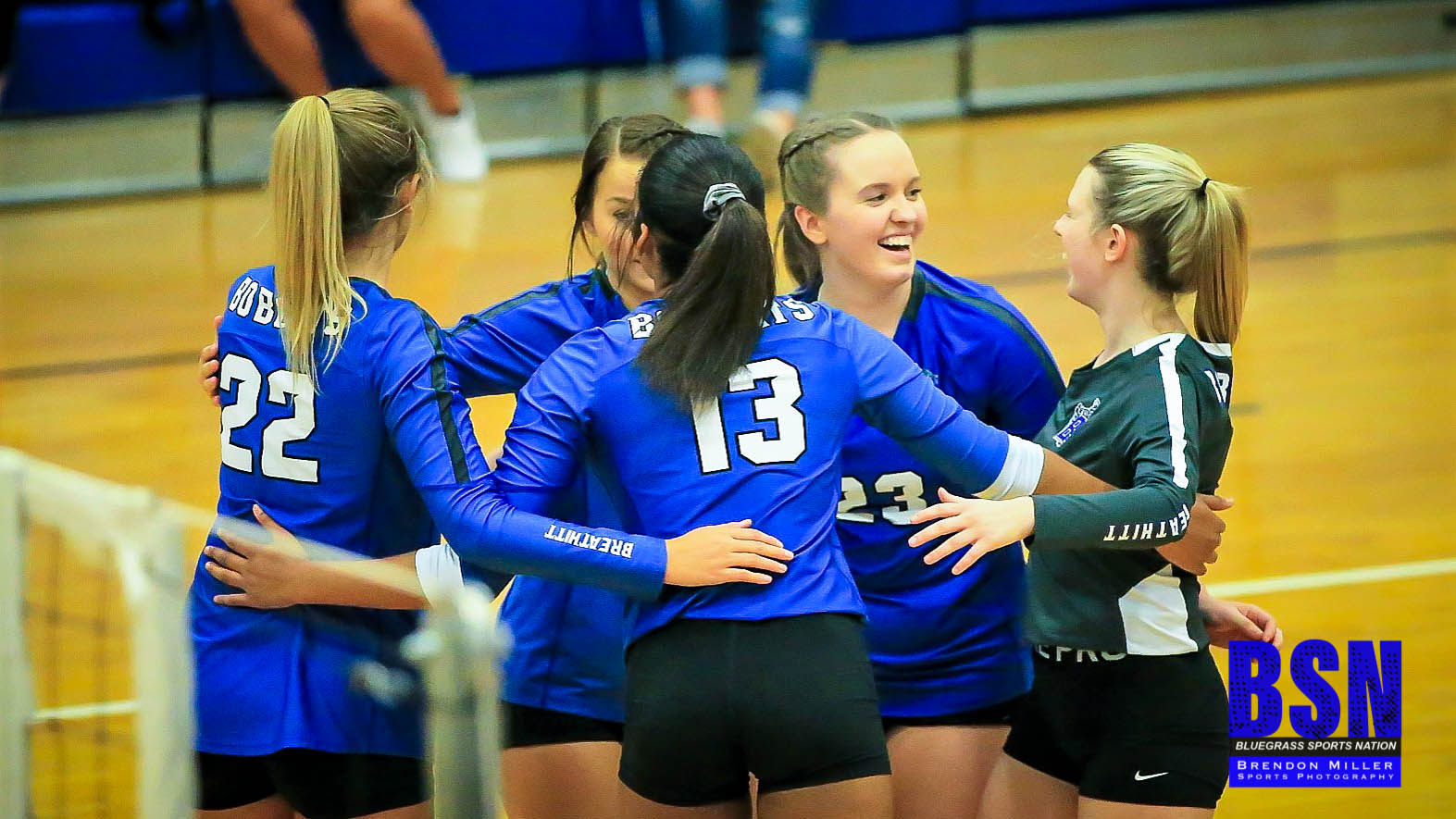 Breathitt defeated Wolfe last night on Thursday evening in a 55th District Showdown. Breathitt took an early lead in the set one and went on to win the opener 25-15.

Set two was tied at 7-7 before Breathitt opened a lead and Wolfe made a run to tie the score at 23 before the VolleyCats were able to prevail 25-23 for the match win.

The win gives the VolleyCats the top seed in the 55th District Tournament set to begin on Monday, October 19th at Jackson City school. Wolfe will be the #2 seed and play #3 seed Jackson City in the opening match, with the winner to face Breathitt in the Championship game.