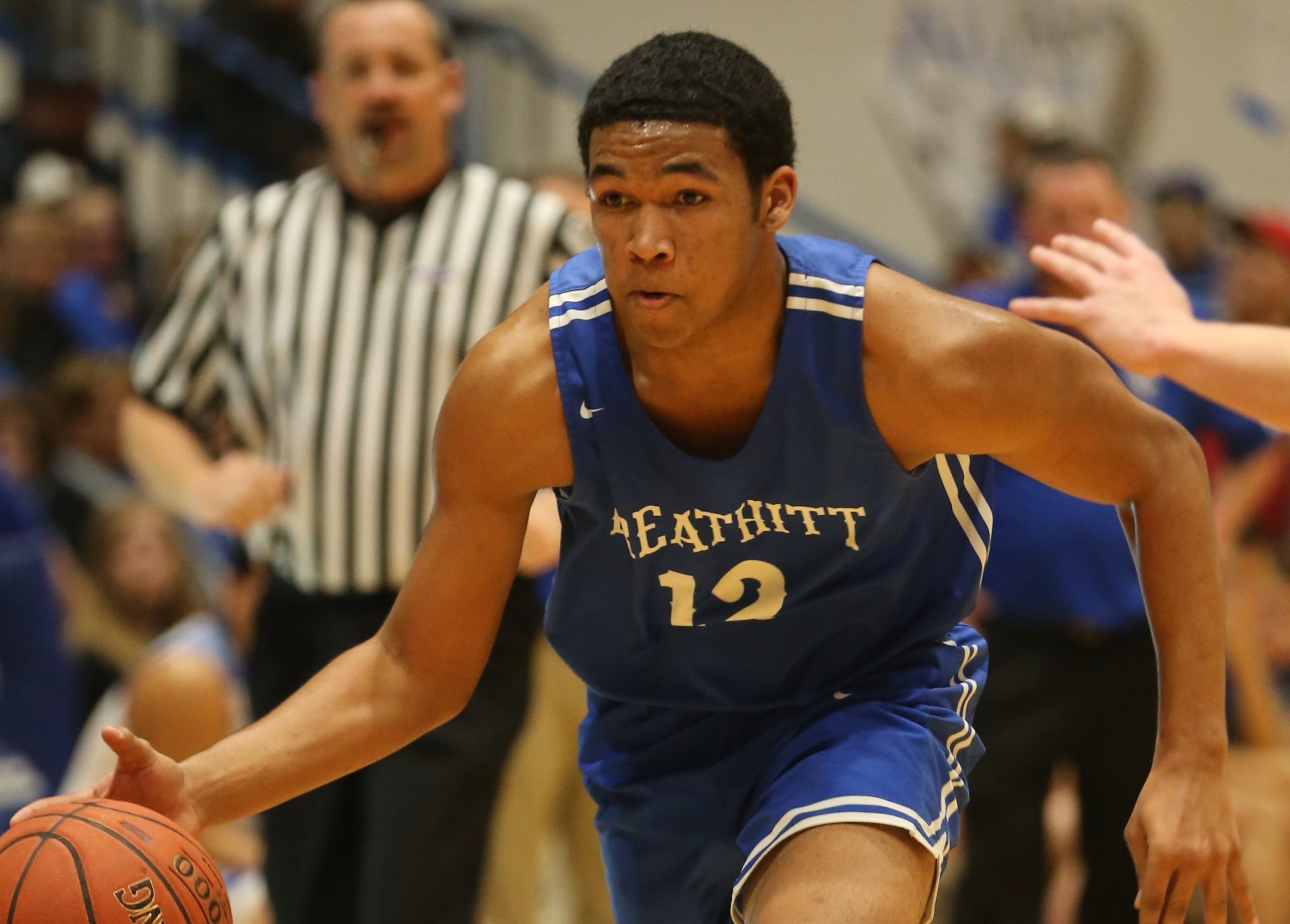 First 55th District Match up of the Season goes to Bobcats

Cross Town rivals Breathitt and Jackson meet twice a season in the seeded 55th District, and the schedule put them together for the match up this season for an early season clash at J.B. Goff Gymnasium. Jackson came in at 1-0 cruising to a 82-40 win over June Buchanan on Monday night. Breathitt began the season with a loss to Harlan County 61-53 on Tuesday night.

Breathitt came out with full court pressure. The Bobcats led at the end of the 1st 19-11 behind 8 from Bellamy and 7 from O’Hara. Sizemore had 6 for the Tigers.

Jackson out scored Breathitt 11-8 in the 2nd. Xander Terry, whom has put up 40 in the season opener against June Buchanan, got o the board with 8 of Jackson’s 11 in the quarter. O’Hara had 4 for the Bobcats along with Ty Carter who also had 4 for all the Breathitt Scoring. The halftime score of 27-22.

Breathitt turned up the press and the heat in the 3rd, outscoring the Tigers by 17, 29-12. Senior leader of the Bobcats, Jack Fugate, lit up the quarter with 11 points on multiple drives to the basket and knocked down one of his quick-release threes from the left wing. Score at the end of the 3rd was 56-33.

The 4th Quarter was high scoring as the Bobcats put up 28 with Jackson answering with 24. The quarter was highlighted by a spectacular alley oop slam by Slaughter on a fast break pass by Fugate. O’Hara added 6 during the quarter to total a team leading 21 on the night.

Slayde Sizemore had an exceptional game for the Tigers with a game-high 24. Sizemore faced the larger front line of the Bobcats and consistently rebounded and slashed to the basket.

Great show by the young people of Jackson and Breathitt County!!!!

Both teams are now 1-1 on the season.

Next Games:
Jackson City hosts Walden Saturday, the 7th at 2:00 PM
Breathitt travels to Letcher Central on Wednesday the 10th