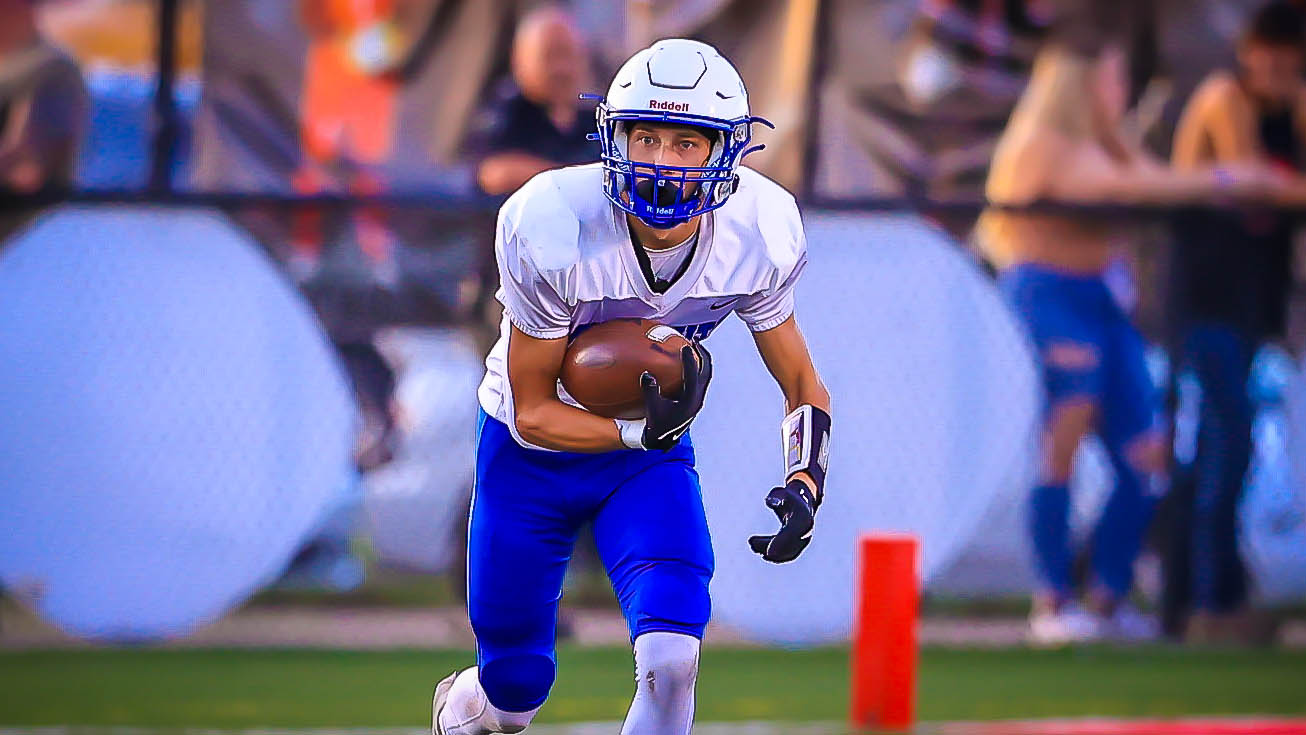 Breathitt County hit game four of the season as they travelled south down Highway 15 to Perry County to take on the Commodores in a battle of unbeatens.  Last week Breathitt County (3-1) survived a thriller on the RiverBank against Hazard, but fell in an equally tense and tough heartbreaker this week to the Commodores (3-0).

Breathitt had yet to face a tough, physical opponent this season and Perry Central fit that bill with plenty of size and strength and a typically Mark Dixon coached hard nosed team.

Perry Central running back Seth Jackson led the Commodores picking up three rushing Touchdowns.  Breathitt had several players in the game who had good nights including Isaac “Wheels” Turner, Austin Sperry, Caden Bowling, Tyler Bryant, Kory Combs, Blake Ritchie and on the line Evan Miller played an exceptional game.  At the half, Breathitt had a 20-14 lead and had all the momentum heading into the second half.  In the second half, Perry was able to capitalize on a long drive to open the third quarter resulting in a touchdown and the extra point gave the Commodores a one-point lead 21-20.  Perry also was able to add to the lead with a phenomenal run By QB Kiser Slone resulting in another touchdown and an eight-point lead.  Momentum had shifted to Perry’s side and had an eight-point lead in the fourth quarter, but on the ensuing kickoff Blake Ritchie returned the ball 85 yards for a touchdown. In the closing moments of the game, Breathitt had the ball and decided to go for a field goal but was unsuccessful on the attempt and resulted in a heartbreaking loss, losing to Perry County 28-26.

1st Quarter – Breathitt County jumped out to an early lead when the Bobcats marched the ball down the field and moved the chains often and resulted in passing touchdown from Tyler Bryant to TE Bryce Hoskins from six yards.  Braxton Terry converted on the PAT giving Breathitt County an early lead.  Breathitt prevented Perry from scoring in the first quarter. End of the 1st – Breathitt 7- Perry 0.

2nd Quarter – Both Offenses were able to put points on the board with each team scoring multiple times in the quarter.  Perry scored first after a sustained drive with Seth Jackson getting his first touchdown of the night from three yards. The kick was good and the game was tied at seven. The Bobcats responded with an eight play drive with Bryant finding a streaking Austin Sperry on a crossing route from 14 yards for the score. Terry added the PAT and Breathitt led 14-7.
On the ensuing kickoff, Breathitt’s special teams troubles for the night began as for the thrid game in a row the Bobcats gave up a big kick off return. After an off-sides and then a kick out of bounds, Seth Combs took the kick on the Perry 26 and took off up the right sideline and was finally brought down on the Breathitt 20 by a horse collar tackle putting the ball on the Breathitt 9. Two plays later, Jackson walked into the endzone for his second score, and with the PAT, the score was again tied at 14.
Breathitt took the ball on the next drive down the field on seven plays to get back on top as Bryant finished the drive with a QB keeper from the two to get into the endzone resulting in a touchdown. The main play was a 35 yard run by Caden Bowling has he followed a block by Evan Miller on the linebacker to reach the Commodore 12.  The PAT Terry was no good sailing to the right of the goal post.  At intermission Breathitt led Perry 20-14.

3rd Quarter – After Perry received the ball to open the second half and punted the ball pinning Breathitt deep. After a three and out, the special teams issues again came to light as the Breathitt punt only covered seven yards setting the Commodores up again deep in Breathitt territory. Perry muscled the ball down to the three where Jackson puched it in for this third touchdown of the game. The PAT was good and the Commodores took their first lead of the game at 21-20. At the end of the third Quarter Perry County led Breathitt 21-20.

4th Quarter – Breathitt County needed to regain the momentum in the fourth quarter, and not wanting to give Perry the ball back in good field position, the Bobcats went for a fourth down and initially looked like the gamble worked.  A trick play Coach Moore drew up with a pass from Sperry to Hoskins downfield was completed but was called an illegal formation, resulting in a loss of possession for the Bobcats.  On the next drive, Perry’s Slone scrambled around the pocket finding a whole in the defense and used his legs to pick up a big first down and crossed into the Breathitt County redzone before being taken down just short of a touchdown.  Slone finished the drive with a rushing touchdown on the keeper.  Perry converted the PAT and led Breathitt 28-20.  Breathitt County responded with Blake Ritchie returning the ensuing kickoff 85 yards for a touchdown, and the Bobcats went for the two-point conversion to tie the game at 28 but was unsuccessful.
The Bobcat defense stepped up on the next possession and forced Perry into a three and out.  Breathitt received the ball and had two timeouts with a little under five minutes remaining in the game.  Breathitt moved the ball downfield with impressive runs by Combs and Bowling and reached the redzone, with just over a minute remaining to finish the drive with a score.  Perry stopped Breathitt on third down, and the Bobcats used a timeout to set up the fourth down. Unfortunately for the Bobcats a costly penalty against the team moved the ball five yards back. The Bobcats facing an end of game situation with little time on the clock, and not willing to risk converting a fourth and seven let Terry attempt the field goal attempt.  Breathitt’s line allowed a free runner up the middle to block the kick.  In the end, Perry survived with a narrow win, defeating Breathitt County 28-26.