Breathitt Football: 7-0 Means Nothing without Character 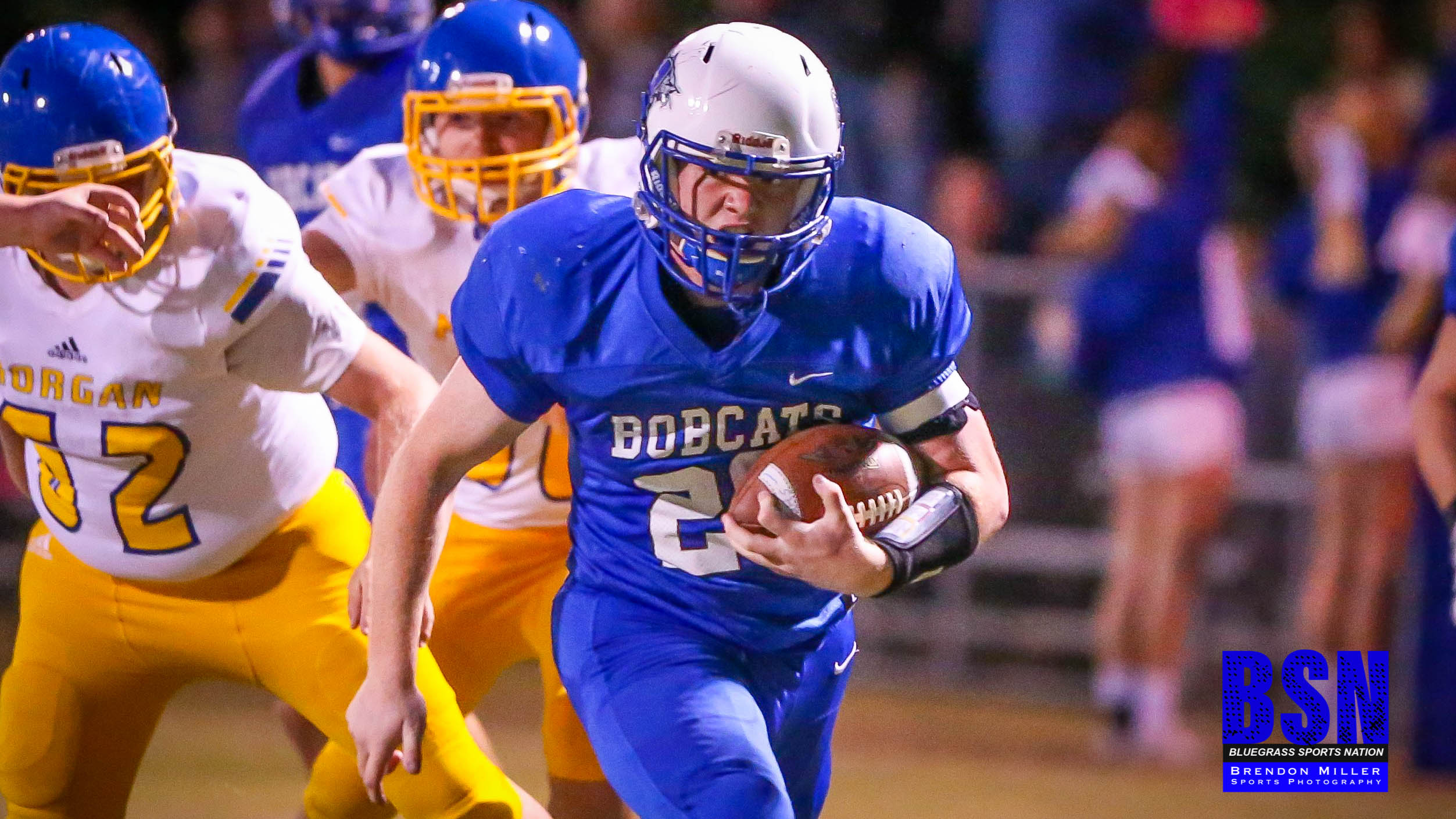 Coach Kyle Moore and his staff have shown all year that they are of high character. Quality wins mean nothing without maintaining your character and humility in the process. Breathitt has won all 7 games they have played this year. All of which came by convincing fashion. 7 games, 7 running clocks…

Breathitt opened the season with Jenkins, who would have had to forfeit the game had Coach Moore not agreed to play 8 versus 8. The Bobcats then helped Team Colton raise 444 dollars that will help provide two grants for families fighting childhood cancer. On that same night, The Bobcats made David Turner Jr., an 8 year old who is battling cancer an honorary captain. If all that wasn’t enough, Coach Moore agreed to play under a running clock Friday night with Morgan County. Morgan County has had several key injuries and was depleted coming into Friday nights contest and was playing without their head coach Mark Easterling.

Coach Moore didn’t have to agree to that. Morgan had requested the running clock, and Breathitt could have probably have named its score if the agreement had not been reached. But why would you want to embarrass another program, or even embarrass a fellow Mountain young man. Answer, you don’t.

Coach Moore did not have to agree to 8 v. 8 with Jenkins, or even make the game with Powell County Childhood Cancer Awareness, but he did. Coach Moore and his staff know that football is more than just a game. The fact is, as a player, you only have so many practices and games. As a coach you realize that you only have so many opportunities to impact a player’s life. Coach Moore has elected to make the most of those opportunities.

In a season that is filled with high expectations, championship aspirations even; Coach Moore has kept his team grounded on what really counts. Giving back to your community, being a good neighbor, and giving kids who are less fortunate the same opportunities that our youth in Breathitt have on the field.

Who cares about a running clock? What Breathitt and Morgan accomplished in the shortened game Friday night is so much bigger than the game of football. We were all winners Friday night. We were all witnesses to character development. One day these players will be husbands and fathers. The goal is to win a state championship, but the ultimate goal is to develop young men into good husbands and fathers down the road. Coach Moore and his Staff are doing an excellent job at doing just that.

The Bobcat Faithful are thrilled to see the type of football that is being exhibited on the River Bank again. Rightfully so… But the fans should be even more excited about the quality of coaching on and off the field these young men are receiving.

As for the game Friday night, stats don’t matter… Breathitt won, but Morgan didn’t lose. In fact, Morgan won too. We all won. Two teams were able to play the sport they love, two communities came together to support them, memories were made, and character was developed.

If you haven’t noticed, I don’t focus on stats when I write these articles. As a player at Breathitt High, you don’t care about individual accomplishments. You don’t care how many tackles you have, or touchdowns scored. You play for your brothers inside the locker room. You play for the coaches who have invested so much time in helping you develop the skills necessary to be successful. I would have run through a brick wall for my coaches and teammates and still would today.

So, who cares about a running clock? Who cares what the final scores are? A win is a win. Who cares who got the tackle or who ran for the most yards? The answer on the River Bank and inside of the Breathitt Bobcat Locker Room (known as the den), is simple…..NOBODY!!!! And if they do, they are losing life’s battle.

As Breathitt heads into their BYE week, they sit at 7-0 and 2-0 in district. The regular season is coming to an end, and the playoffs are fast approaching. I challenge everyone who reads this article to think about what this season has meant to them….to this community….and ultimately to the players. To the players, I challenge you not to wish your season away… Keep your nose to the grindstone and keep believing in what your coaches are telling you. Take each day at a time, and cherish each moment, because this is the foundation for the rest of your lives. I may be biased because I played for Coach Moore when he was an assistant under Coach Mike Holcomb, but nobody could have filled Coach Holcomb’s shoes better than Kyle Moore.

On a personal level, I want to thank Coach Moore for demonstrating such class over his tenure as the Bobcats Head Coach. Through some rough times, he has been a shining light for this program and have made all of us alumni proud. Once a Bobcat, Always a Bobcat!

Breathitt will next be in action on the 18th of October as they travel to Knott County Central for another district showdown. As always stay connected to all things Breathitt Football by visiting our website at www.bluegrasssportsnation.com and liking our facebook page.