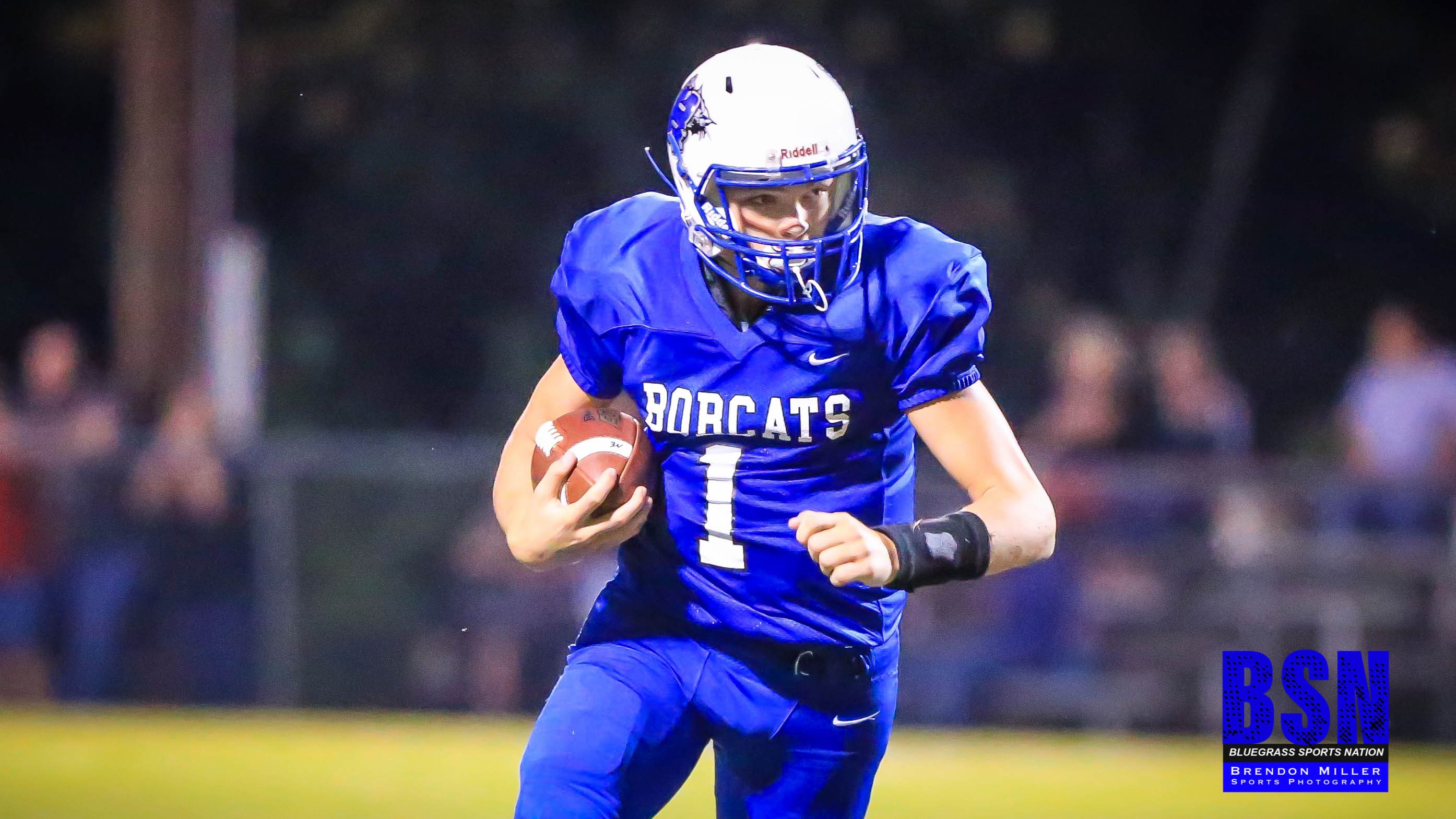 Looking back at Powell County then ahead to Middlesboro

This week we will look back at the big home win which pushed Breathitt to 5-0 on the year at the mid-way point in the regular season, then ahead to the problems Middlesboro poses to a young team which will be on the longest bus ride of the year since cruising over to Jenkins.

A look back at Powell…

In the Powell County game, the fifth consecutive game in which Breathitt has invoked the a running clock, the old cliché about the existence of three types of lies (lies, [darn] lies, and then statistics, Mark Twain) comes readily to mind. For instance, Breathitt only had 9 first downs in the game to Powell’s 8, gained 57 yards rushing to Powell’s 55, and had possession of the football for 11:31 to Powell’s 32:38. The final score was Breathitt 56, Powell County 6 in a game which began the 2nd Q with Breathitt ahead 42-0.

Charles Andrew Collins rushed it twice for 65 yards with two rushing TDs. Braxton O’Hara and Jaylen Turner combined for 218 passing yards and 5 TD passes on the evening (O’Hara 4, Turner 1). Charles Collins  snared a 44-yarder for the first score on a screen pass from O’Hara, Lane Weddle caught an O’Hara back-shoulder fade for another TD, and Brandyn Slaughter caught a 41-yarder for a TD from O’Hara and then a 28-yard rope over the middle from Turner for his second receiving TD. Turner caught a nifty little number for six down the middle from O’Hara, which covered 47-yards, just for good measure and for the team’s 5th TD receiving on the night. Braxton O’Hara was the First National Bank of Jackson Offensive MVP for his efforts on the night in throwing for four TDs and running one in himself.

Defensively for the Bobcats against Powell County, Jacob Noble had a particularly productive night and would have been our First National Bank of Jackson Defensive MVP had we waited to award it after our watching the film. On the night, Noble had 4 solo tackles, forced two fumbles, recovering one himself, and had an interception.  Jalen Turner had an interception for the team’s second on the night and senior Damon “Peanut” Neace continued his strong play with 4 tackles and recovering the other fumble stripped out by Jacob Noble.

LaDaniel Whitaker led the team with 6 solo tackles and William Long had 6 total hits, 2 solos, with one tackle for a loss. Caden “Boss” Hogg registered the team’s other tackle behind the line of scrimmage.

A look ahead to Middlesboro…

Looking ahead, the Bobcats will go on the road to play a Middlesboro Yellowjackets team which has undergone quite a revival under new coach Larry French. French, who has won 324 career games and three state titles is a legend, and his current reserection of Middlesboro is a surprise to exactly no one.

The Yellowjackets are 4-1 on the year with its only loss being to 1A power, Williamsburg, at home 55-28. Middlesboro has beaten two other 1A teams which are usually highly regarded in Lynn Camp (2-3 this year), 28-27, in Corbin, and Pineville (4-1 in 2019), who the Jackets beat this past Friday night at home 20-19. Their other wins were a 2-pointer over Garrard County and a beat-down of Harlan.

The leading rusher for Middlesboro is No. 6, Jabari Kyle. Kyle, a converted basketball player playing his fist season of varsity football during this his senior year, has gained 631 yards on the year in only 57 carries and has scored 12 of the Jackets’ 14 rushing TDs. He averages over 11 yards a carry and gains close to 158 yards every contest. Kyle has also scored nearly 70% of the points on the year (.6969697).

This game in Middlesboro figures to be a real test for two teams each of whom are highly regarded and ranked in both the polls and in the power rankings. Breathitt has to play a clean and efficient football game to come out of Middlesboro with a victory. Breathitt also needs to make someone other than Jabari Kyle beat them. Looking at the statistics, one might say stopping Kyle as a primary objective looks to be Elementary, my dear Watson with apologies to Sir Arthur Conan Doyle. This is a team Breathitt is good enough to beat, but unlike some teams played since the South Laurel game, they are equally capable of getting he victory. Breathitt has better be ready to play after the long ride.

The Bobcats would be wise to get off that bus ready to play mistake-limited, hard-nosed football. Should that happen, the Bobcats will come out of the game marching on toward perfection.

Bluegrass Sports Nation will webcast the game live on the BSN Facebook page beginning at approximately 7:15 PM with your truly and Casey Allen on the call.