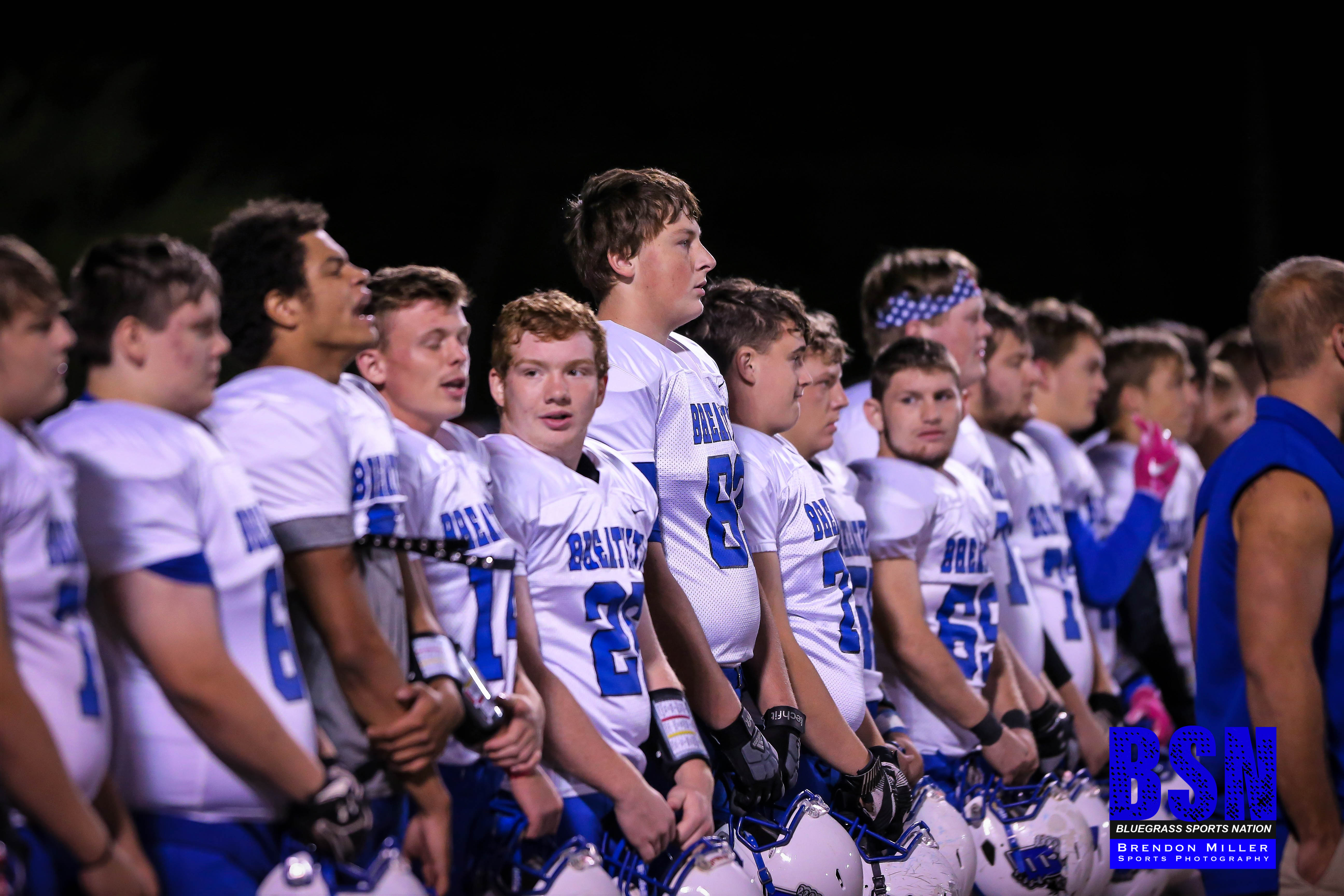 Looking back at Knott County Central then ahead to Leslie County

This week the Bobcats will entertain Leslie County for the District Championship on the River Bank. In this game, Breathitt can’t afford to make some of the foolish errors they have been making against some of the teams they have played in previous weeks. Whether the Bobcats want to admit it or not, Leslie County showed them last season they could beat them if they do not play well, cleanly, and efficiently in this game.

The Bobcats need to be ready and sharp for Leslie County, pick up this bit of hardware to place in the case next to the Honey Bowl and Veteran’s Bowl trophies, and get ready for a very formidable game against a very good 3A team, in Pike County Central, to close out the regular season.

A look back at Knott County…
Breathitt allowed Knott County to gain 104-yards on 28-carries which is 3.71-yards per rushing attempt. That is deceptive as many of the yards were gained against the reserves which have been a common theme throughout this year. Breathitt ran the football for 141-yards on only 15-rushing attempts for 9.4 yards per carry, its lowest average carry output on the year. Still the Bobcats managed to pound the ground for 5 rushing TDs on the night. The final score was 56-8 as both the safety and touchdown were scored in the 4th quarter with the game easily out of reach. The score was 42-0 at the half and the clock began to run a minute into the 2nd Quarter.

A look ahead to Leslie County
In what is a common trend, Leslie County doesn’t enter its statistics on the KHSAA web page maintained for that purpose.
Leslie County is 4-3 on the year with wins over Perry County Central, 32-20, Owen County, 43-27, Knott County Central, 38-0, and Morgan County this past weekend, 41-8. Leslie has lost 44-13 to a very good Williamsburg team from 1A; Clay County, 47-30, and to Middlesboro, 28-27. For common opponents, Breathitt County beat Middlesboro 57-7 in Middlesboro (Leslie played them at home), Morgan County 35-6 (in the “run-the-clock from the first kick” game), and Knott County Central, 56-8 just this past Friday night.

Final Analysis
Under any conceivable computation, Breathitt County should emerge from this game 9-0 barring a string of bad plays from off of which Leslie scores or the Bobcats just fail to show up for this game. With the series between these two, and in light of last year’s game and the penalized hit laid on Breathitt Quarterback Braxton O’Hara which gave the Bobcats a penalty needed to survive, the Bobcats getting up for this game shouldn’t be a problem.

Look to Bluegrass Sports Nation for your coverage of the Bobcats on Friday Night. Our Webcast will return to full production for this game for the first time since November 4th following a bye week, and a video only stream last week. Full coverage including pregame coach interviews, in game updates, full picture gallery and recap story after the game!

Reporting for the Bluegrass Sports Nation, this is Fletcher Long, reminding the Bobcats, championship teams always PLAY THROUGH THE WHISTLE!