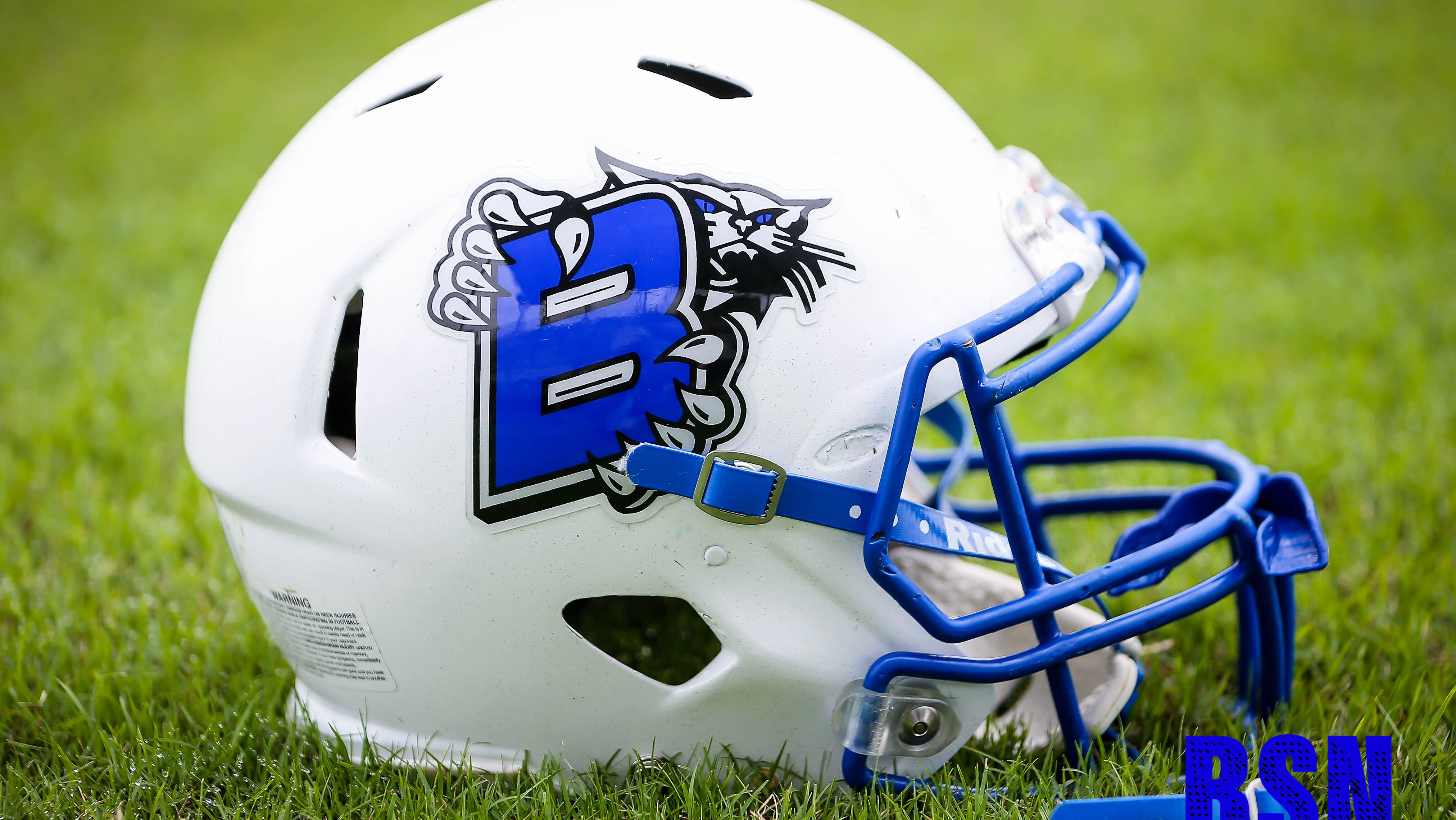 Looking back at Jenkins then ahead to South Laurel

Throughout the 2019 season, BSN will each week take a look back at the preceding game by the Breathitt County Bobcats, and then look ahead to the task forthcoming. We thought it would be clever to call the article A Retrospective Look Ahead.

Regarding the Jenkins game, there really isn’t much which can be said which wasn’t excellently said by our esteemed colleague at BSN, Casey Allen. He published a piece entitled 11-3=Life Lessens. Just an outstanding piece of writing on Allen’s part and a worthy message about life and growing into adulthood. Click Link here for Casey’s article: https://bluegrasssportsnation.com/11-3-life-lessons/

Without rehashing what he said, the really good news is that the Bobcats left Jenkins injury free and the starters played enough to get their feet wet. Every last one of them should be free of soreness and ready to settle in for a visit from Class 5A, 8th district, South Laurel.

One thing is certain, the challenge represented by the Cardinals, coached by Donnie Burden, Jr. and staff, is completely different than playing Jenkins. Breathitt would be wise to forget the Jenkins glories and approach this contest with a workman-like manner.

A look back at Jenkins…

Against Jenkins, the team was efficient, if nothing else. The clock ran from the initial snap and the game was in the books in 90-minutes, including the half-time break.

Put it this way, without a single first down being made in the first quarter by Jenkins, and without Breathitt County having a single offensive possession, the Bobcats entered the second quarter leading 21-0. Breathitt had two pick-sixes and a housed punt to score the three TDs.

Every member on the roster got live, varsity, game-reps on Friday night. That could serve us well as we continue on the trek that is the 2019 regular season.

A look ahead to South Laurel

Coach, Donnie Burden, Jr., brings his Class 5A, District 8 Cardinals into Jackson, Kentucky for the annual “Honey Bowl.” In 2018, the Cardinals were a 7th district team which went 5-6 on the year.

This past Friday night, South Laurel played Boyd County. Boyd County is a Class 4A, 8th district team which slid over from the 6th district in the KHSAA realignment. Boyd County was 2-8 in 2018 and entered 2019 after missing out on the playoffs last season. Missing the playoff under the structure utilized by the KHSAA isn’t easy. Nothing of which to be proud but still not easy to do.

Individually for South Laurel, Logan Gentry (QB, No. 16), completed 11 of his 23 passing attempts for 139 yards and 2 TDs against an interception. Jordan Ramey (No. 24, RB/LB) rushed the football 19 times for 149 yards but was held out of the end-zone. Logan Gentry scored the team’s only rushing TD and gained 34 yards in 11 rushing attempts. With his two TD passes to Brigance, Gentry figured into every score the Cardinals tallied on Friday night.

South Laurel runs a spread-offense, out of a pistol formation with one back either behind the QB (which is a “shotgun” formation) but usually offset to either the QB’s right or left. The Cardinals will run either inside or outside zone in the ground game, giving the ball to the running-back where the DE plays fast with the QB keeping it when he plays slow.

For those who don’t know (and we realize most of you do) the read key is either the DE or the defensive guy aligned off the play-side tackle’s outside eye. That is the guy who is left unblocked while the tackle climbs second-level to the LB.  If the QB can read his numbers, he gives it; if not, he pulls it and runs the football himself.

In the passing game, South Laurel utilizes a variety of screens, which is exactly how Brigance catches 8 passes for only 76 yards. The Cardinals will try to get the ball to its playmakers in space, out on the edges, and uses its athletes to gain yards and score points.

This would be a huge win for the Bobcats going forward and important to their “strength of schedule” component for seeding purposes once in the Playoff’s third-round. The danger is sliding into this game in the same slip-shod and lackadaisical manner we entered the scrimmage with Letcher County Central on Meet the Bobcats Night.

Breathitt needs to have a good week of practice and completely wipe Jenkins from our minds and focus on what will prove to be a much more daunting challenge than we faced in week-zero. If the Bobcats are able to do that, they have the horses to come out of this game 2-0.

Reporting for the Bluegrass Sports Nation, this is Fletcher Long reminding the Bobcats they would be wise to show up at the Honey Bowl ready and willing to PLAY THROUGH THE WHISTLE!