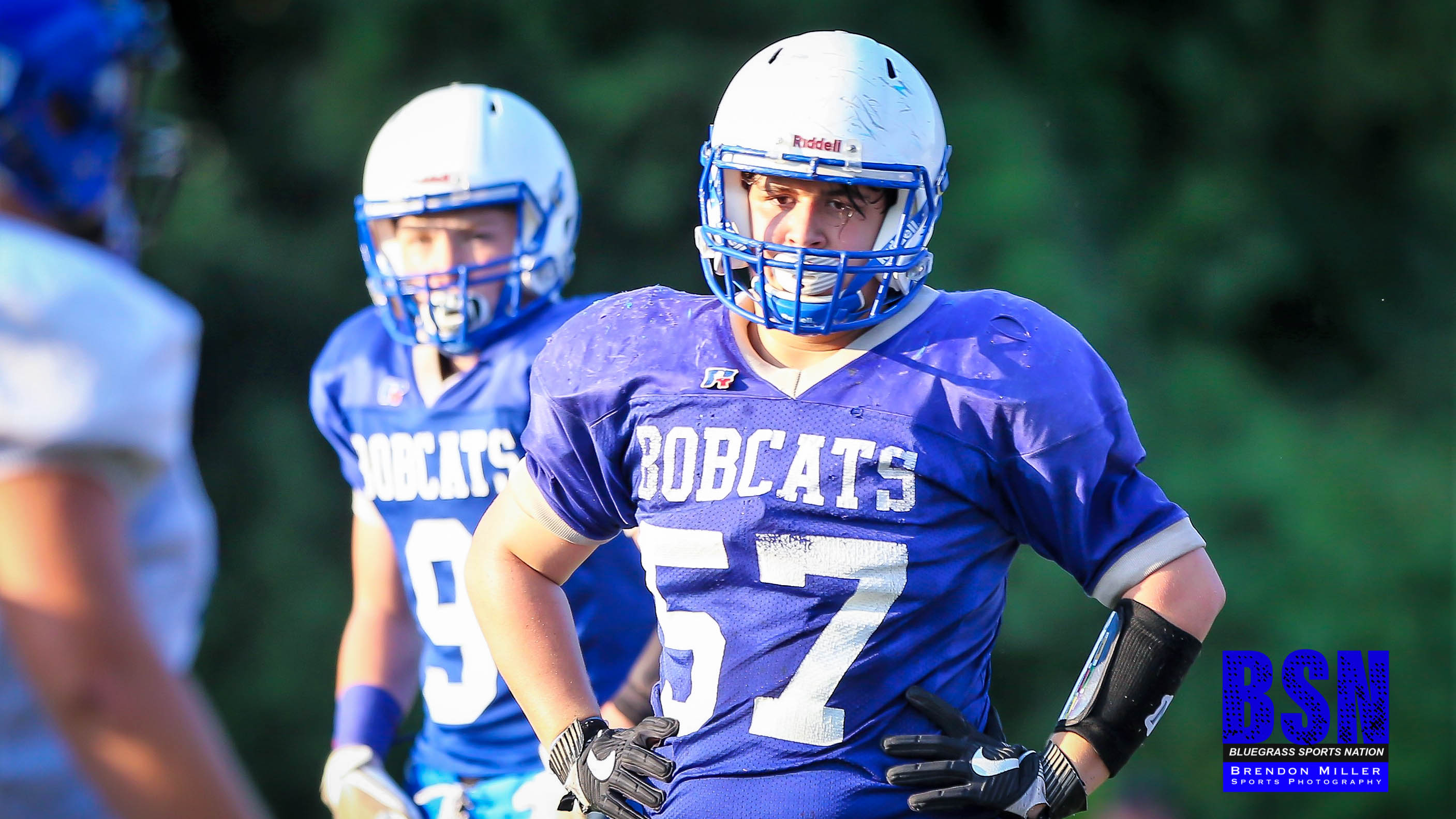 Bobcats and Cougars met in Jackson on Wednesday Night.

Letcher County Central docked its boat on The Riverbank last night to help the Bobcats introduce themselves to the home crowd at the Mike Holcolmb Athletic complex. The Cougars, coached by perhaps the best football player Whitesburg, Kentucky has ever claimed, in Junior Matthews, put on quite a show and demonstrated they will be a force with whom to reckon in the newly aligned Class 4A, District 8 where it will compete this Fall.

Letcher County Central, which was 5-6 in Class 5A, District 8 in 2018, had lots of returning pieces from a year ago. Leading rusher Hunter Campbell (No. 21), who nearly gained 1,000 yards rushing in 2018 and was also one of the leading tacklers on defense and the ball-club’s second leading receiver a year ago, is back as is a bevy of the defense’s top on-field producers.

The Bobcat-varsity were sluggish last night, which isn’t uncommon for a team coming off a scrimmage just last Friday and at home attempting to play a game in and amongst the “Meet the Bobcats” festivities. Regardless, the Bobcats showed it could run the ball reliably and get receivers open down the field for big-plays, and against a very good 4-3 base defense with excellent second and third-level size and speed.

Defensively, the Bobcats got worn down attempting to play a deeper team from two classes up running an offense out of the Wing-T formation. Letcher County Central runs the difficult and seldom used offense very well and it is an offense intended to pound defenses into submission and wear them out, both of which it did well last night.

Overall, Coach Moore indicated to BSN that the team did some very good things but still had a ways to go. When asked about his concern over the scrimmage’s outcome he replied he didn’t get too worked up over scrimmage results.

Coach Moore felt his team got quality work and the film from the scrimmage would be a valuable tool to provide the players information about the aspects of their game-play on which they need improvement and where they could most accomplish it. Coach Moore stressed to BSN he still anticipates this team will round into a formidable bunch with the ability to accomplish all of its goals. He also warned that football seasons are marathons and not sprints.

All of us just need to trust the process and perpetually keep working toward being the best Bobcat team we are capable of being. For Bluegrass Sports Nation, this is Fletcher W. Long reminding all the Bobcat faithful and players to keep their noses to the grindstone and PLAY THROUGH THE WHISTLE!