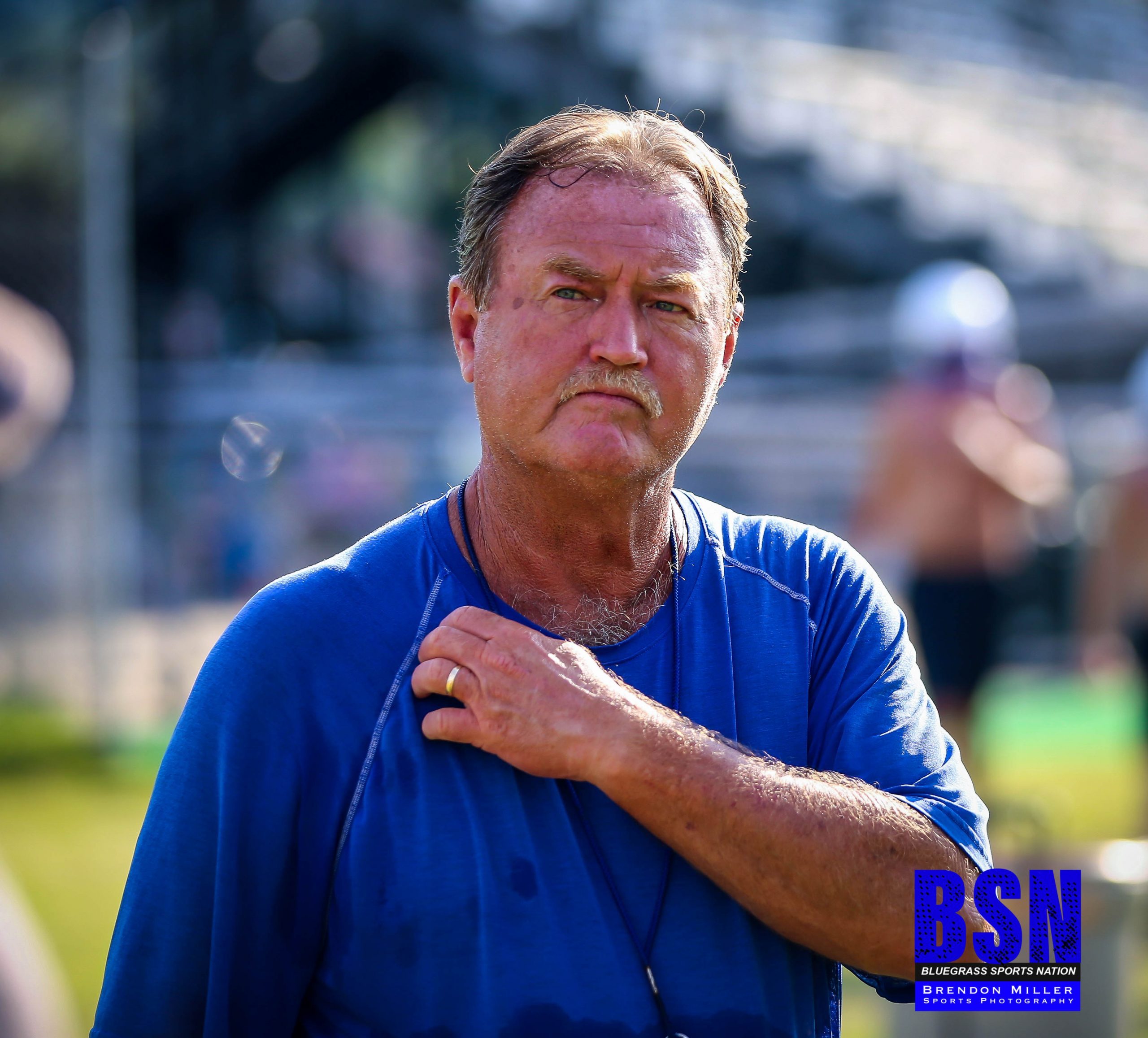 Mike Holcomb’s record as head football coach at Breathitt County includes this (among other wows): From 1995-1997 his teams racked up 42 straight victories. He coached the Bobcats for 30 seasons and according to a newspaper report, he coached the Bobcats to nine undefeated regular seasons. Holcomb then took the head coaching job at Letcher County Central for three seasons where he won a District title there in 2014.

He retired from head coaching in 2016. His record stands at 289-111 with 18 District Championships and three State Championships in four title game appearances.

Holcomb would unretire (is that a word?) and come back and is now assisting Breathitt County coach Kyle Moore. Holcomb’s spread-the-field offense and passing game made it mighty tough to defend. He had some great passers along the way including Waylon Chapman, Kyle Moore, Allen Sperry, and Justin Haddix.

Holcomb was able to play in the Stadium named for him. From Wikipedia comes this “The stadium is the Mike Holcomb Athletic Complex.” This newer stadium replaced the old Breathitt Stadium built in 1976. Constructed in 1998 and is one of few stadiums in the State of Kentucky to have a roof to cover spectators. According to KHSAA’s website, it holds approximately 6,000 people. It has also been dubbed “The Riverbank” due to its location at the banks of the North Fork of the Kentucky River and the drainage of Panbowl Lake which once was part of the river.” A fitting tribute to a guy who has brought the game to the forefront in Breathitt County and in our neck of the woods.

Since retiring from being a head coach he now assists with the Breathitt County program he so loves and Coach Kyle Moore. In the top 15 football coaches ranked by all time wins in our state we find five from our area. They include Phillip Haywood (449), Dudley Hilton (393), Ivan McGlone (316), Mike Holcomb (289) and Walter Brugh (280).