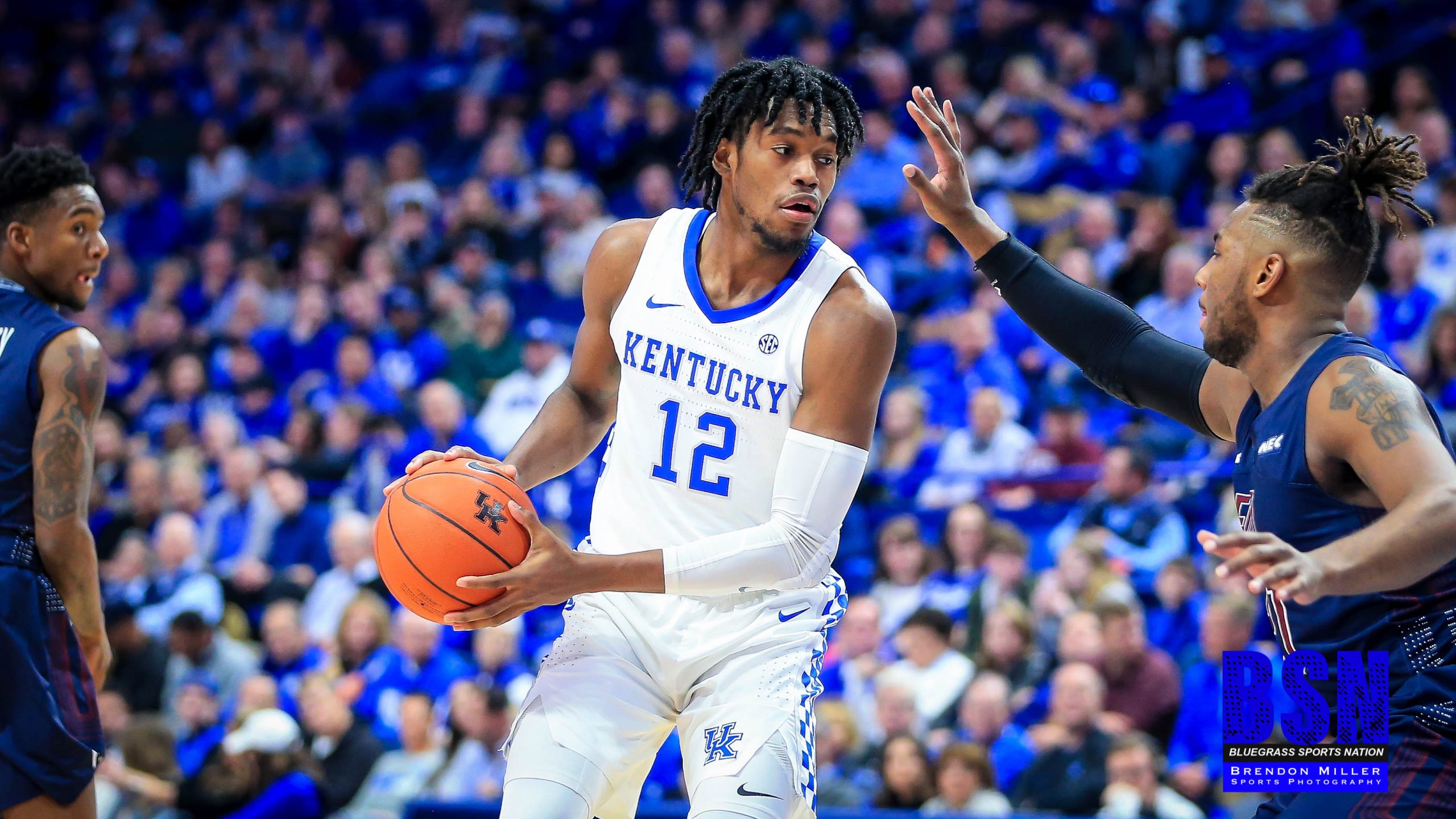 Kentucky men’s basketball sophomore forward Keion Brooks Jr. — the only returning scholarship player who played a season ago — has been medically cleared to return to competition after missing the first nine games of the season with a left leg injury.

Brooks will be in uniform Saturday at Florida and will be available to play.

Although Brooks has been conditioning and participating with the team in non-contact drills, Thursday was his first full practice since the injury.

“I met with him today and it was a little bit emotional,” UK head coach John Calipari said. “We have all been patient with this but obviously we all wanted Keion out there with us, no one more so than him. Now he is.

“Here’s the kind of person and teammate Keion is: When he and I talked about how he would fit in with what we’ve been doing as a team, his comment was, ‘Coach, I really trust you. I’ll do whatever this team needs me to do.’ Pretty amazing stuff when you think about this is someone who came back as the leader of our team and the only guy who played minutes with us a season ago. All Keion cares about is trying help this team win.”

As a freshman, he had five double-figure scoring games, maybe none bigger than his 10-point game at – coincidentally, given his scheduled return – Florida. In a career-high 27 minutes, Brooks helped engineer a 17-point second-half comeback with two important 3-pointers in Gainesville, Florida.

Kentucky, dead last in KenPom.com’s roster continuity rankings without Brooks, is 3-6 this season without the Indiana native. However, the Wildcats appear to be getting Brooks back just as they have begun to click.

UK is coming off back-to-back wins for the first time this season, both of them of the comeback variety. The Wildcats have rallied from nine-point deficits in both victories, including a double-overtime win at Mississippi State that was fueled by a 23-point breakout game from Dontaie Allen, and a game-winning 3-pointer by Davion Mintz on Tuesday to defeat Vanderbilt.

Kentucky vs. Florida will tip at 5 p.m. on ESPN in Exactech Arena at the Stephen C. O’Connell Center. UK has won four straight games in the series and is seeking its first three-game winning streak in Gainesville since a three-game run from 2002 to 2004.