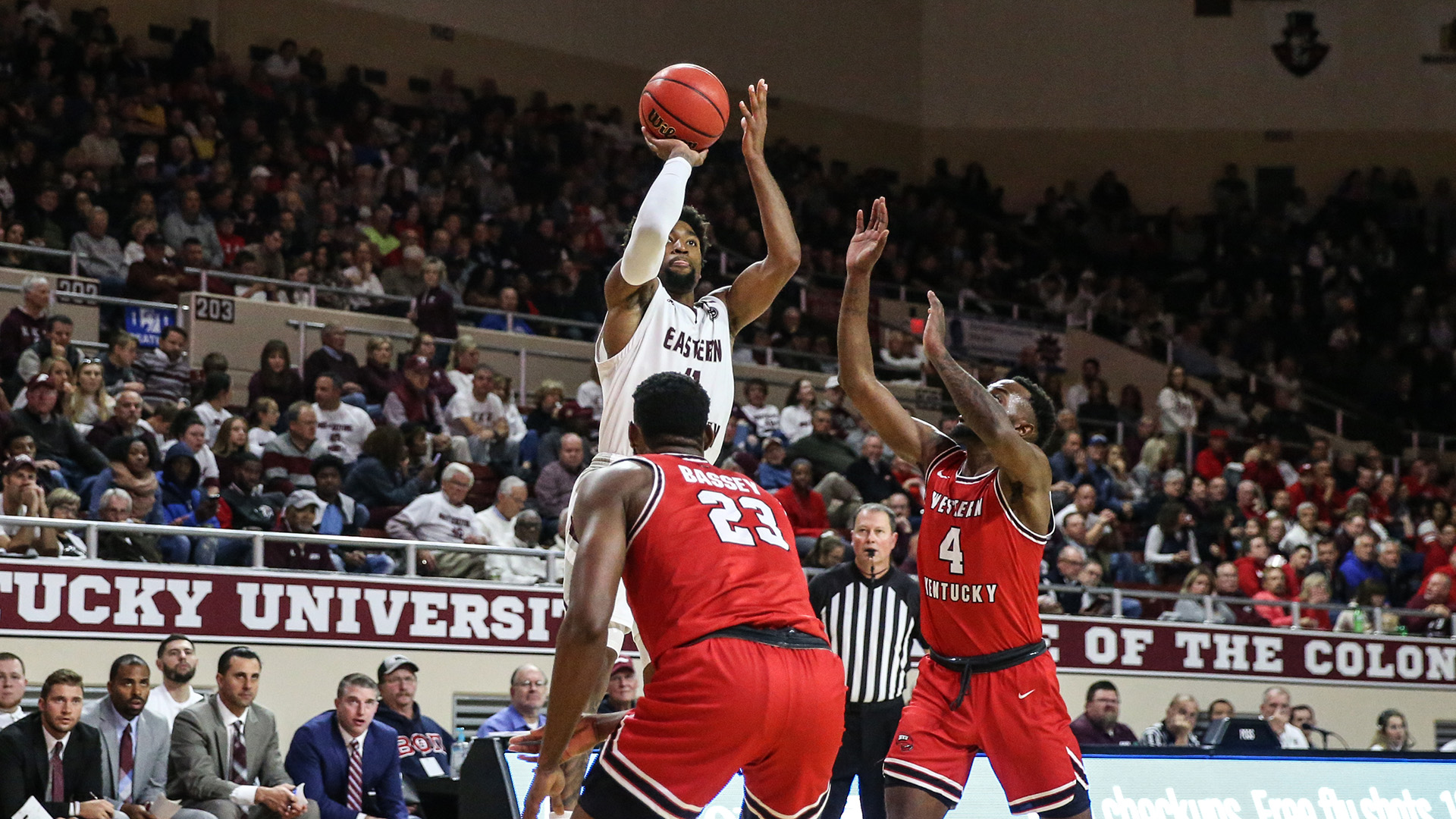 Brown made 16-of-28 from the field, including 4-of-11 from behind the arc, and went 5-for-6 at the free throw line.  He also had three steals, three rebounds and two assists.  It was the most points scored by a Colonel since Lavoris Jerry notched 41 against Eastern Illinois on Feb. 24, 2001.

The two teams took turns exchanging blows early.  Western (3-0) went up 12-6.  Back-to-back 3-pointers from the right corner by Brown and Lachlan Anderson fueled a quick 8-0 run that put the Colonels up five, 21-16.  The Hilltoppers answered with a 9-1 run.  A basket by Charles Bassey put WKU back in front, 23-22, and the visitors never trailed again.

A jumper by Darius Hicks and a 3-pointer from the right wing by Brown to start the second half got Eastern Kentucky within six, 45-39, but that is close as the Colonels would get.  WKU followed with a 10-2 run polished off with two free throws by Josh Anderson.

The Hilltoppers took their largest lead of the game of 18 points, 69-51, on a pair of free throws by Jordan Rawls with 7:49 left in the game.  However, EKU immediately answered with one more run.  The Colonels outscored Western 13-3 to draw within eight.  With WKU still leading by 14, Ty Taylor knocked down a 3-pointer.  Brown came up with a steal on the ensuing possession and converted an old-fashioned three-point play at the other end to cap the run and cut the margin to 72-64.

Brown’s final points of the night came with 13 seconds left in the contest and brought Eastern to within seven, 78-71.

Four players scored in double figures for Western Kentucky, led by Bassey with 18 points on 9-of-13 shooting.  He also had a game-best 12 rebounds.  Carson Williams finished with 15 and Rawls had 14 points.

Anderson came off the bench to contribute nine points and four rebounds for EKU.  Eastern shot 44 percent on the night.  Western made 51 percent of its shots and out-rebounded the Colonels by nine. EKU won the turnover battle on the night, 23-19.