BRYAN DEAN INDUCTED into the KHSBCA HALL of FAME 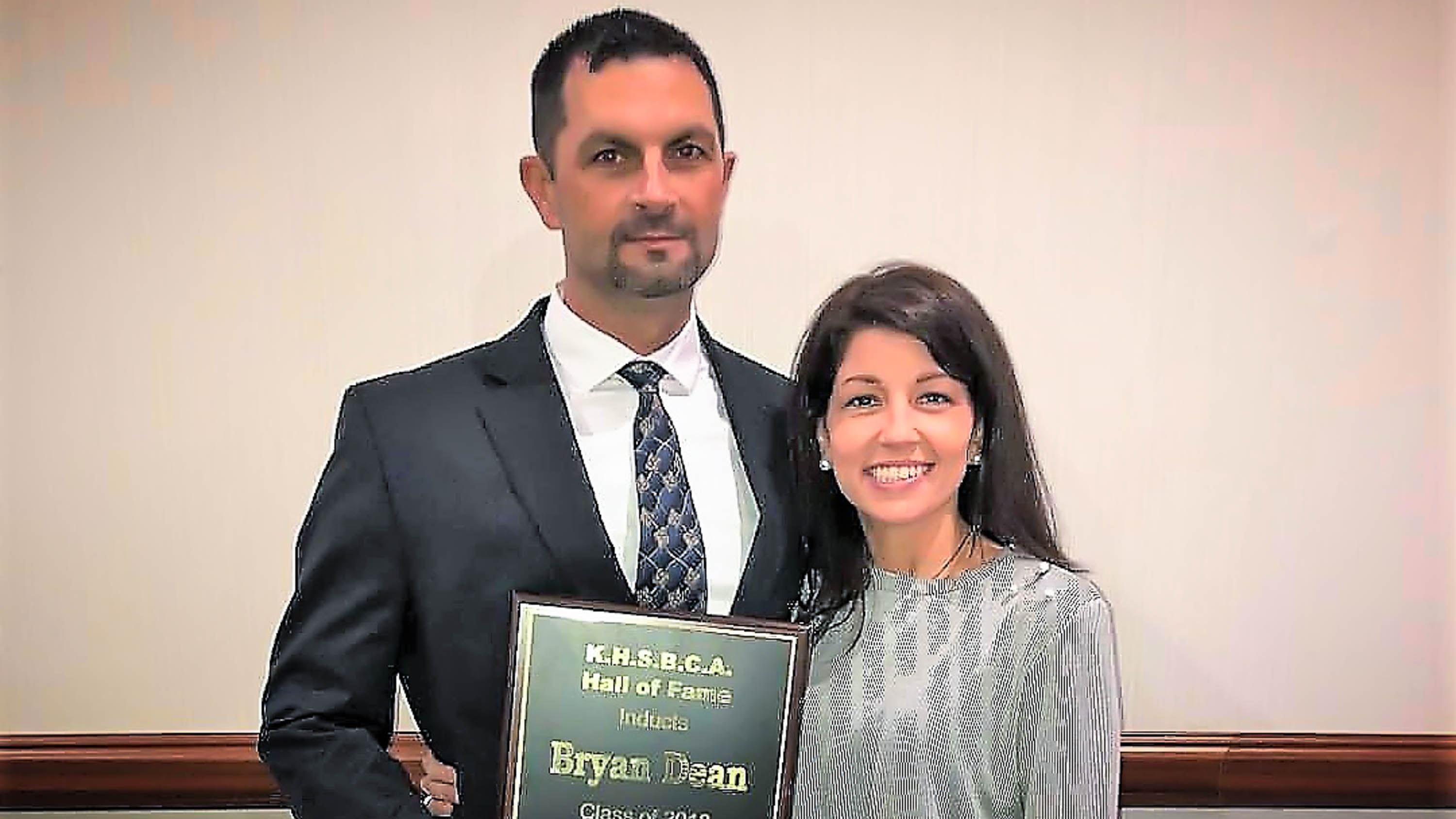 Long time 14th Region Baseball Coach and Eastern Kentucky coaching legend Bryan Dean was inducted into the KHSBCA Hall of Fame by the Kentucky High School Baseball Coaches Association on Saturday in Louisville.  Brian graduated from Owsley County High School in 1990, and then began his college career at Lees College in Jackson during 1991-92, then moved on to Alice Lloyd in 1993, and completed his career at Eastern Kentucky University in 1995.

Bryan began his head coaching career at Powell County in 2000.  From 2000 through 2005, his Pirate teams won four 56th District Titles, and were Regional runners-up three times.  Bryan next moved on to Letcher County Central from 2006-2015, where he had great success.  During his tenure in Letcher the Cougars won four 53rd District Titles and won three Regional Championships in 2007, 2011, and 2013.  Bryan then moved on to Breathitt County in 2016 where the Bobcats were 55th District runners-up.  In sum, Bryan coached 17 years and accumulated a career record of 337-261-1.  Bryan was inducted into the Powell County Baseball Hall of Fame in 2016.

Concerning his induction, Bryan stated to BSN, “Extremely honored. Crazy to think that there was eight future or current KHSBCA hall of fame coaches in the 14th region in 2006. It made winning region really difficult and rewarding at the same time. I’ve had some really good players and assistant coaches through the years. Claude Little was with me for the ten years I was at LCC. Had the opportunity to work for two great ADs. Monroe Jones took a chance on me in 2000, with no head coaching experience. Oz Jackson was like a father to me. Had he not retired I’d still be at LCC. Philip Adams continued helping me and the program, even after his son graduated in 2007. I will never be able to repay him and his wife Kathy. I was extremely fortunate to get to coach under Burley Hudson at BHS for two seasons, and Gene Combs at Lee County in 1999. I was lucky to coach in 21 straight 14th regional tournaments as an assistant or head coach 1996-2016.”

Following 2016, Bryan moved to Mississippi to coach Tylertown High School and is presently the Head Coach at Curry High School, in Jasper, Alabama.