Bulldogs Win a Dogfight: Take Down the Redhounds in Ten Innings! 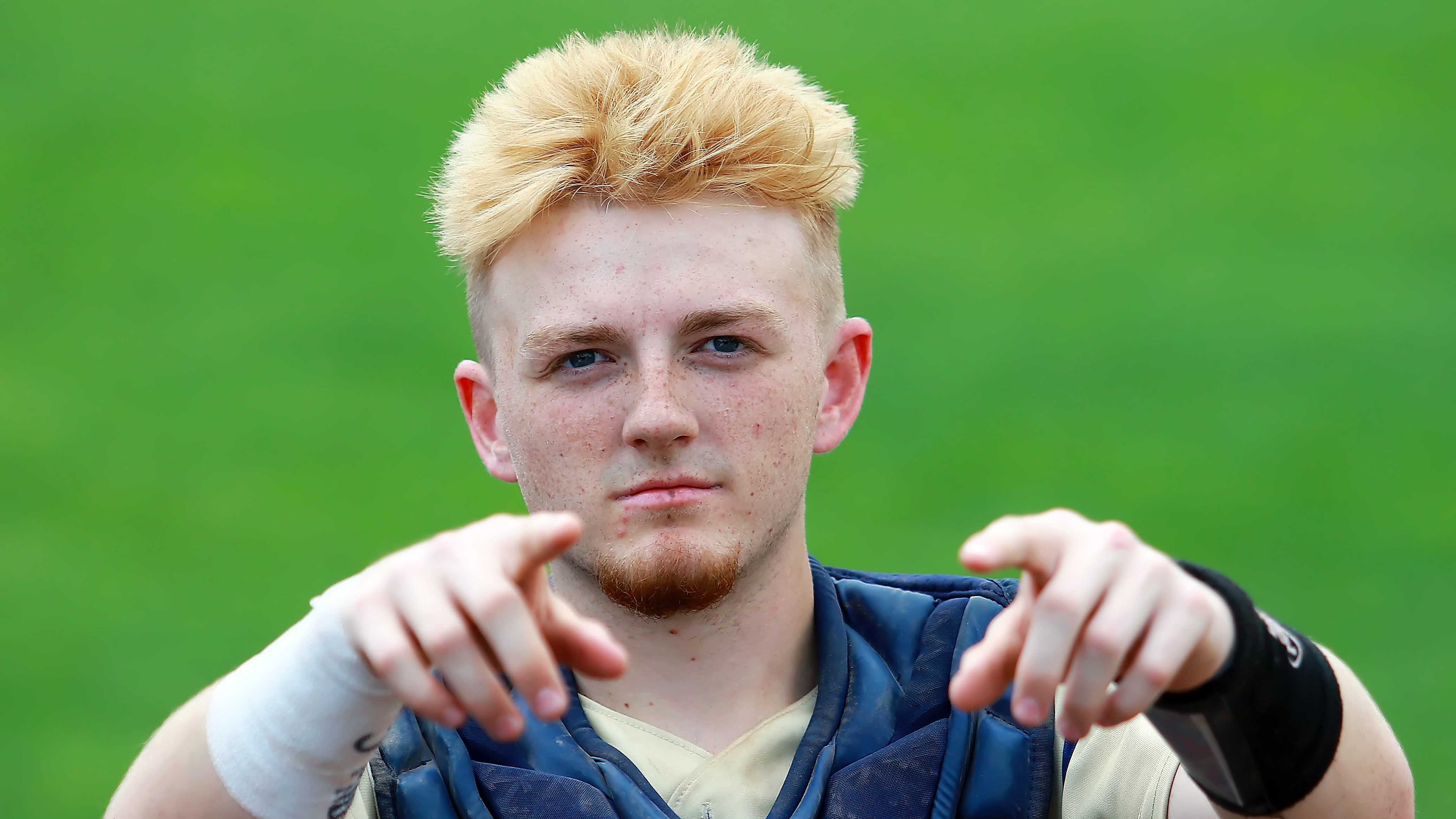 Flashback to 2018; Hazard makes an unbelievable run that leads them to only the 3rd Final Four in school history. In 2019 the Bulldogs were suppose to fade off into the sunset and forever talk about how they made it to play St. X in that semi-final match-up and fell to the eventual state champs, 3-0. The Bulldogs have had other ideas though. Hazard lost fireballer Devin Morris and power hitter Bryson Parks from that team. For the 2019 season this left a void of 107 strikeouts that Morris contributed and 19 extra base hits (10 HR) that Parks contributed. Hazard moved, in many peoples minds, back to obscurity.

Quietly throughout their regular season the Bulldogs worked around a five man pitching rotation that included four senior arms in Dalton Baker, Andy Baker, Bailey Blair, Kyle Johnson and sophomore Jarrett Napier. The team has a combined batting average of .340 with 78 extra base hits (5 HR). Without the big arm of Morris or the big bat of Parks, the Bulldogs have relied on everyone in their lineup to pick up their game to make up for the losses to graduation. When asked about who his best pitcher is, Coach John Meehan replied, “I have at least four guys that can beat anyone if they are pitching their best game.”

As you look down the lineup you will also see seniors, juniors, sophomores, freshman, and even 8th graders that have had huge offensive hits in games during the post season. All of this shared glory came to the ballpark on Saturday in the Semi-state game against the Corbin and it took every ounce of it to move past the Redhounds and on to the Elite 8.

The highly touted Redhounds came into the contest as the 13th Region Champions and owners of a 29-10 record. They had navigated their competitive region by knocking off a slugging Knox Central team in the semis and working through Barbourville in the Regional Final 12-0 in 5 innings. The Bulldogs had ended the Redhounds season the year before behind a 16 strikeout day by Devin Morris. Corbin made the trip to Morehead State University with redemption on their mind. As the game progressed, Corbin found that Hazard wasn’t ready to go quietly into the night.

The home team on the scoreboard Hazard, would take the the field behind the arm of Blair. The lead-off batter for the Redhounds, and future UK Wildcat Chase Estep, started the game by drawing a walk. He would then steal second and Corbin was threatening early. The next batter, Phillips, hit a ball in the hole between shortstop and third and into the diving glove of Bulldogs shortstop Andy Baker who was able to recover and throw Estep out advancing to third. That effectively ended Corbin’s scoring threat in the inning as Blair coaxed a couple of fly balls from the Redhounds to end the top of the 1st. The Hazard half of the inning was relatively uneventful as Corbin pitcher Cole Hicks gave up a lone single to Hazard’s Kyle Johnson.

Both pitchers worked almost flawless innings though the 5th. In the top of the 6th, Corbin started to string together some hits. Estep started the inning with a hit up the middle that caromed off Blair’s foot for an infield single. The next batter hit a line drive in the hole that was knocked down by the shortstop Baker to keep the ball on the infield. This would prove important on the next play as a bloop single held Estep close enough to second to give right fielder Max Johnson a chance to get a throw to third and get the force out to record the Bulldogs first out of the inning with runners still on 1st and 2nd. Two batters later, Zac Hash rattled a double into the left field corner that would score 1 run. Max Johnson would again come up big defensively on the next batter as he hauled in a diving catch on a Corbin line drive to right to end the inning with Corbin up 1-0. Hazard would answer in the bottom of the inning after a well timed “hit and run” double from Dalton Baker scored Andy Baker from 1st that would tie the game 1-1.

For the next 3 1/2 innings Blair and Hicks would go blow for blow in an unbelievable pitcher’s duel. The Redhounds would only threaten one time in that span after Corbin batter Allen was hit by a pitch and moved to second on the sacrifice bunt. In what was the play of the night, Bulldog center fielder Kyle Johnson was able throw the Redhound runner out at the plate to end the inning as Corbin tried to score on a single by Hicks. The Redhounds brought Estep into the game in the bottom of the 9th. Blair was able to work through the 10th.

In the bottom of the 10th Andrew Ford got things going by getting a single to lead off the inning. Jarrett Napier then legged out a bunt single when Corbin attempted to get the runner at second on the sac bunt attempt. With runners on 1st and 2nd and no outs in the bottom of 10th, in a 1-1 tie, Sonny Collins Field was electric! Slugger Garrett Miller stepped to the plate and dropped a perfect sac bunt that moved the runners to 2nd and 3rd. Estep was then able to work a strikeout. That strikeout would lead to a story book ending for the Bulldogs. 1st baseman Trajon Campbell was doubtful on the day as he’d injured his hamstring in the semi-final regional game earlier in the week. Campbell ended up starting at 1st and was DH’d for early in the game. In 1988 Kirk Gibson fashion, Campbell stepped to the plate with 2 outs and runners on 2nd, and 3rd. Campbell would take the Estep offering back up the middle. As the diving Redhound shortstop knocked the ball down, Campbell was able to get down the line and beat the throw for the walk-off single and catapult the Bulldogs into the Elite 8. Sectional MVP Bailey Blair went the full 10 innings throwing only 106 pitches, giving up 6 hits and 1 run, while striking out 4. With the win Hazard moves to 29-7 on the season.

Hazard will play in their 4th Elite 8 in 6 years and will face the Trinity Shamrocks. Hazard will find itself in familiar territory as Trinity enters the game with a 34-5 record and for the second year straight the Bulldogs will face one of the biggest schools in the state having went toe to toe with St. X in last years tournament. Game time for is set for Thursday, June 6th at 8:30 pm at Whitaker Bank Ballpark in Lexington!!!

Thanks to our sponsors for the 14th Region Baseball Tournament 1st Trust Bank of Hazard and the Appalachian Regional Health-care (ARH)!.