Cardinals Advance With 4-1 Victory Over USF 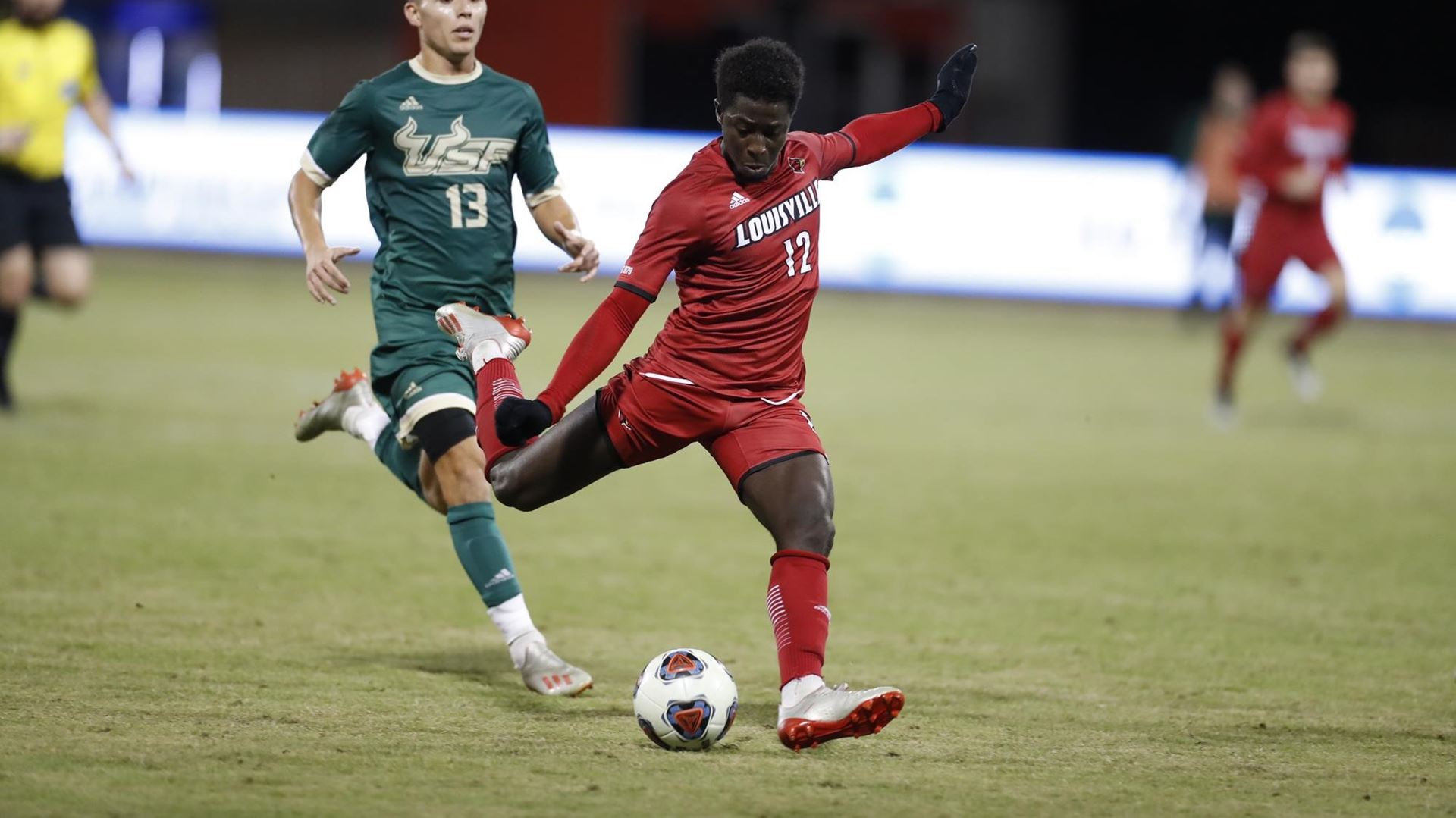 Louisville’s four goals are the most this season

LOUISVILLE, Ky. – The University of Louisville men’s soccer team earned a decisive victory in the first round of the NCAA Tournament, as the Cardinals defeated USF 4-1 Thursday, November 21, at Dr. Mark & Cindy Lynn Stadium.

Louisville moves to a 9-7-2 record on the season and will face No. 14 UC Davis in the second round of the NCAA Tournament Sunday, November 24 at 4 p.m. ET.

The four goals by UofL was its most on the season, as all four goals came off the foot of a different player. The Cardinals avenged a loss from earlier this season to the Bulls in Tampa. The win was Louisville’s 15th all-time NCAA Tournament victory and 13th at home.

Bradley Sample gave the Cardinals an early lead off of a corner kick from Leonard Getz in the 21st minute. It was the freshman’s first career goal. Just two minutes later it was Pedro Fonseca scoring on a long ball from outside the box off an assist from Sample. The goal was Fonseca’s first of the season, extending their lead to 2-0 at the half.

The Bulls cut the deficit in half with a goal in the 68th minute, but the Cardinals had an answer. Izaiah Jennings responded quickly with a goal of his own less than a minute later. Cherif Dieye found Jennings wide open in the box, as he buried it home into the open net.

Dieye capped off what could be his final home game, scoring his seventh goal of the season in the 82nd minute. He dribbled nearly half the length of the field, as he evaded three USF defenders, before finally beating the Bulls’ keeper with a long cross from 20 yards out.

Louisville’s defense held USF to only two shots on the night.