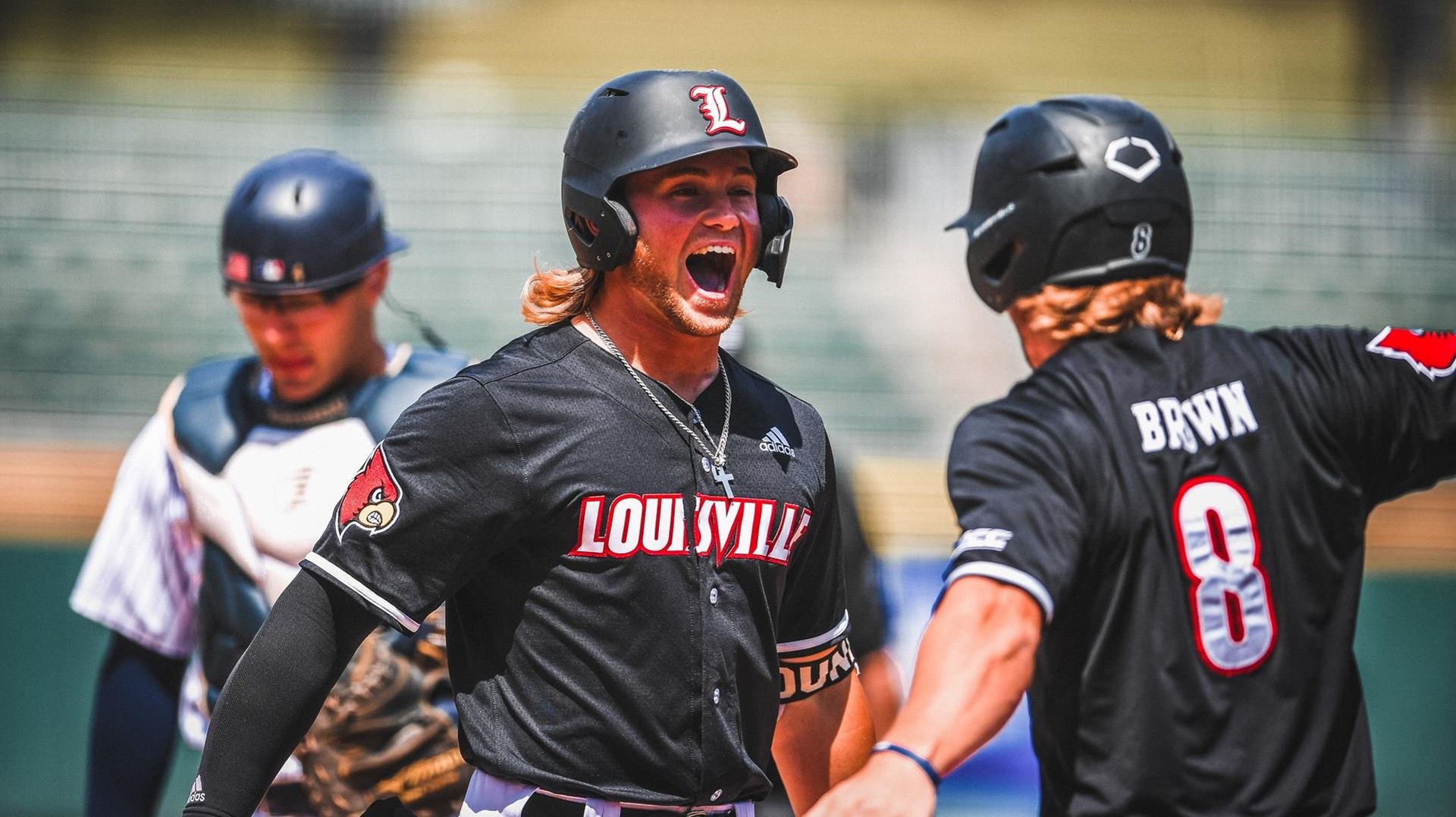 Louisville ends its run at the ACC Championship with a 9-8 loss to Georgia Tech.

In a five-hour, 12-inning back and forth affair, the University of Louisville baseball team suffered a 9-8 walk-off loss to Georgia Tech Thursday in pool play of the 2021 ACC Championship at Truist Field.

With the loss, Louisville (28-22) was eliminated from the ACC Championship after all three teams in Pool B finished with identical 1-1 records and the tiebreaker sent Georgia Tech into the semifinal round.

The Cardinals will now await the 2021 NCAA Baseball Selection Show set for Monday at noon ET on ESPN2 to find out if they received an at-large berth into the NCAA Tournament.

Louisville held a 6-3 lead after four-and-a-half innings on Thursday and carried that edge into the eighth inning.

Georgia Tech (29-22) tied the game up with one swing though, getting a three-run home run in the bottom of the eighth to level the game at six apiece.

Neither team scratched a run across in the ninth or 10th innings, but Alex Binelas gave the Cardinals the lead in the 11th with a no-doubter over the right field wall with two away. The Yellow Jackets responded in the bottom half, getting a leadoff single and then a game-tying double off the centerfield wall to tie the game once again.

In similar fashion, Louisville seesawed back in front in the 12th on a solo homer off the bat of Ben Metzinger with one away. It was the third of the tournament for Metzinger who did not have a long ball during the regular season.

Georgia Tech singled with one away in its half of the second and a groundout moved the tying run to second base with two down. Following a walk, the Jackets got a double into the left-centerfield gap and a bobbled ball allowed both runners to come around and score to give GT the victory.

Louisville got off to a fast start Thursday, with Lucas Dunn hitting a two-run homer to straightaway centerfield in the opening frame. Metzinger singled home a run in the second and Henry Davis launched his 15th home run of the season and third of the tournament in the third.

The Yellow Jackets cut the 4-0 lead in half with a home run in the third, but Davis got one of the runs right back with a run-scoring single in the fourth.

After GT tallied a run in its half of the fourth, Cameron Masterman stretched the lead back out to three with an infield single that plated another run.

Davis and Dunn each had three hits on the afternoon for the Cardinals. Metzinger had a pair of hits and Binelas registered his fourth home run of the tournament and 19th on the year.