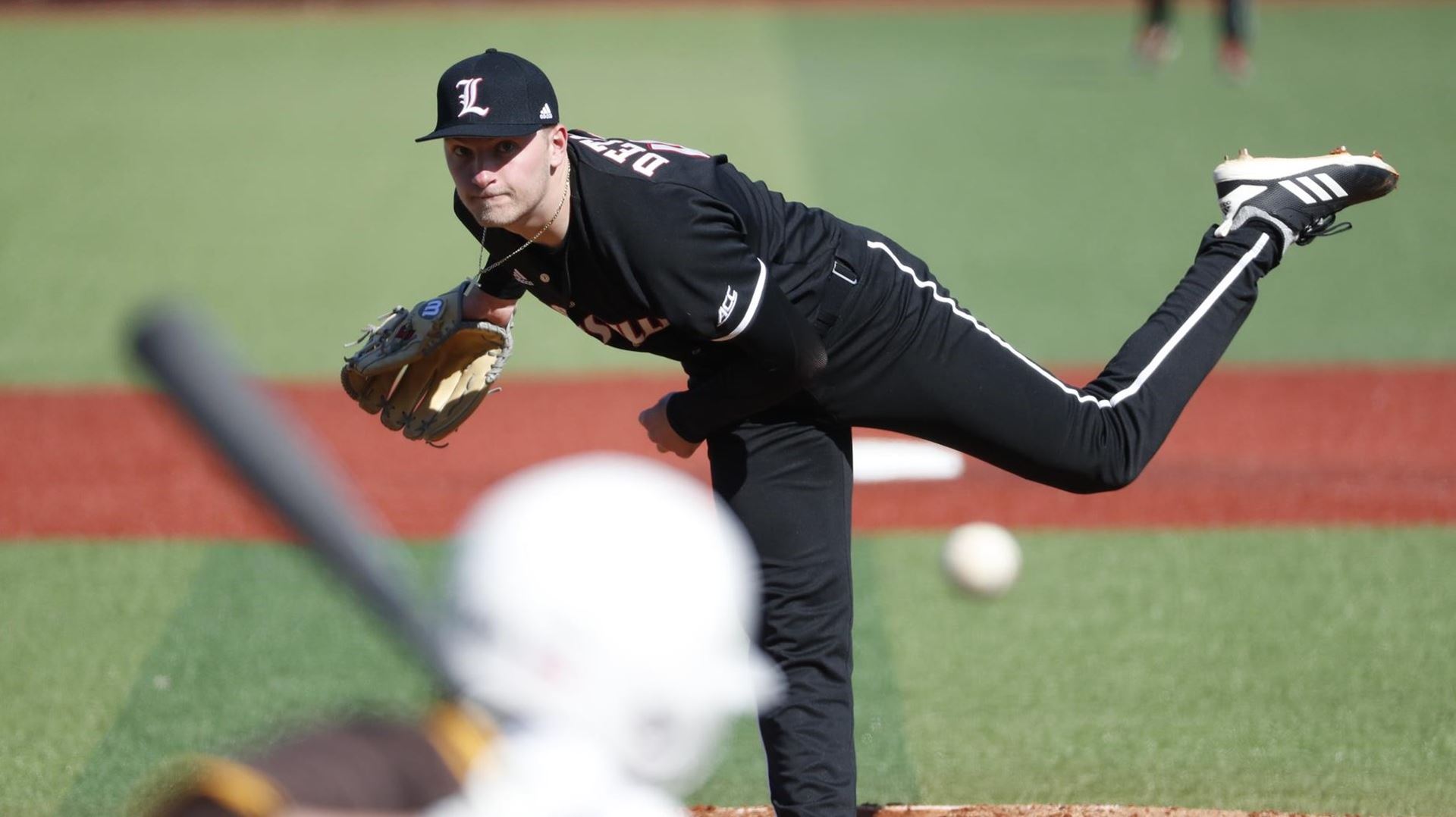 Reid Detmers struck out 14 in a 3-0 victory on Friday at Jim Patterson Stadium.

A dominant pitching performance led the top-ranked University of Louisville baseball team to a 3-0 victory over Valparaiso in Friday’s series opener at Jim Patterson Stadium.

Reid Detmers (2-0) struck out 14 in six innings of work to set the tone for the day for the Cardinals’ pitching staff. Glenn Albanese followed with five strikeouts of his own across two frames and Michael Kirian tallied three punchouts in the ninth on his way to his second save.

Detmers was dealing from the opening pitch on Friday, retiring the first nine hitters in order with eight strikeouts. The southpaw struck out seven consecutive hitters for the second straight start, doing so at Ole Miss in the season opener as well.

While Detmers was carving up hitters, the Louisville (2-3) offense grabbed an early lead. Henry Davis opened the second inning with a double inside the third base bag and moved to third on Levi Usher’s single. Justin Lavey then cashed in the scoring chance with a sacrifice fly to give the Cardinals a 1-0 lead.

The game remained at 1-0 until the sixth inning when Ben Bianco handed the Cardinals the insurance they were looking for. Bianco turned around a 1-1 pitch and lined it over the left field wall for a two-run homer to up the advantage to 3-0.

Louisville pitchers handled the rest with Albanese and Kirian combining to strike out eight of the final 10 hitters to seal the victory.

Davis and Usher led the Cardinals’ offense with two hits each, both of which were doubles for Davis.

Louisville and Valparaiso continue their series with game two on Saturday. First pitch is scheduled for 1 p.m., ET.