CARDS Bounce Back With 7-2 Win Over No. 2 Vanderbilt 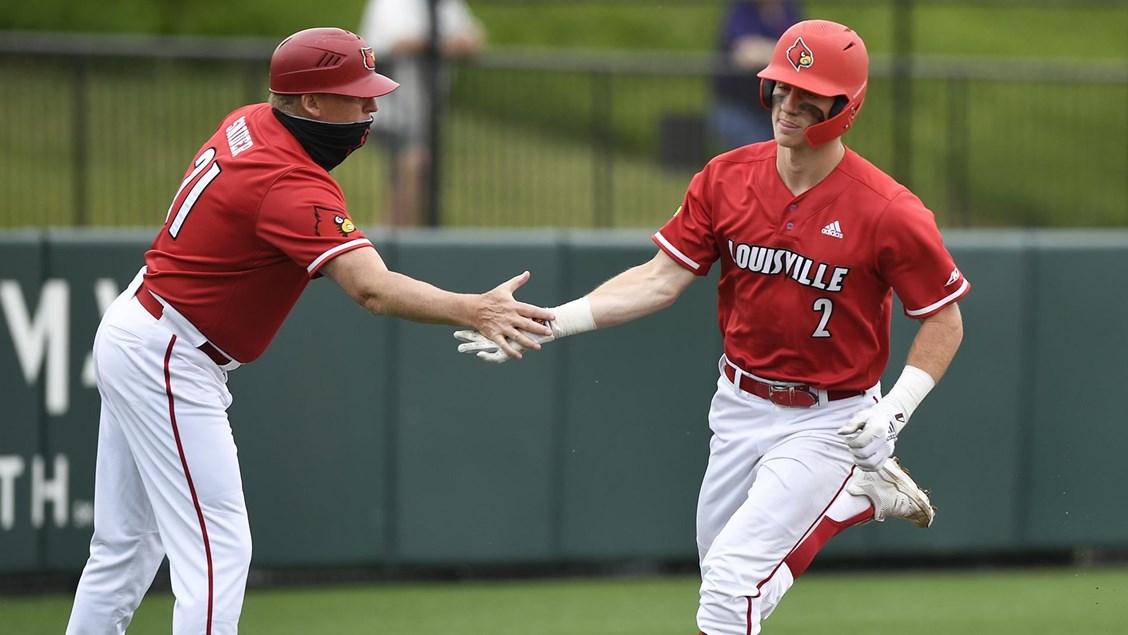 Louisville picked up its eighth ranked win of the season.

The 11th-ranked University of Louisville baseball team got back on the right track Tuesday afternoon at Jim Patterson Stadium, defeating No. 2 Vanderbilt 7-2 in the annual Battle of the Barrel.

Louisville (24-14) got a strong start from Carter Lohman, who allowed just one run on two hits over four innings for his second win of the season. Evan Webster, Tate Kuehner, Kaleb Corbett and Adam Elliott combined to allow a single run over the final five innings to secure the win.

Both starting pitchers got off on a strong note on Tuesday with both teams being held scoreless through the first three innings.

Vanderbilt (32-10) took the first lead of the game in the fourth, getting a solo home run to move in front.

The Cardinals responded quickly in the bottom half though. Henry Davis and Alex Binelas each reached to open the frame and were both moved into scoring position on a Trey Leonard sacrifice bunt. Lucas Dunn then cashed in the chance with a run-scoring groundout and Binelas scored on a wild pitch to put Louisville in front.

After a scoreless top of the fifth, the Louisville offense went back to work. With a pair of runners in scoring position, Luke Brown singled back through the middle to score both runs. Binelas then launched a long home run to right-centerfield to make it a 6-1 game. It was the 12th of the season for the sophomore and his seventh in the last 10 games.

The Commodores hit their second solo home run of the night in the eighth, but the Cardinals had a response once again. Davis connected for his ninth long ball of the season in the bottom of the inning to push the lead back to five.

Vanderbilt threatened one final time in the ninth with the bases loaded and two outs, but Elliott entered and induced a fly out to finish off the victory.

Brown and Davis each went 2-for-4 at the plate, logging their 18th and 16th multi-hit games of the season, respectively.

Louisville returns to conference play this weekend with three games at home against Duke. First pitch on Friday is scheduled for 6 p.m. ET.